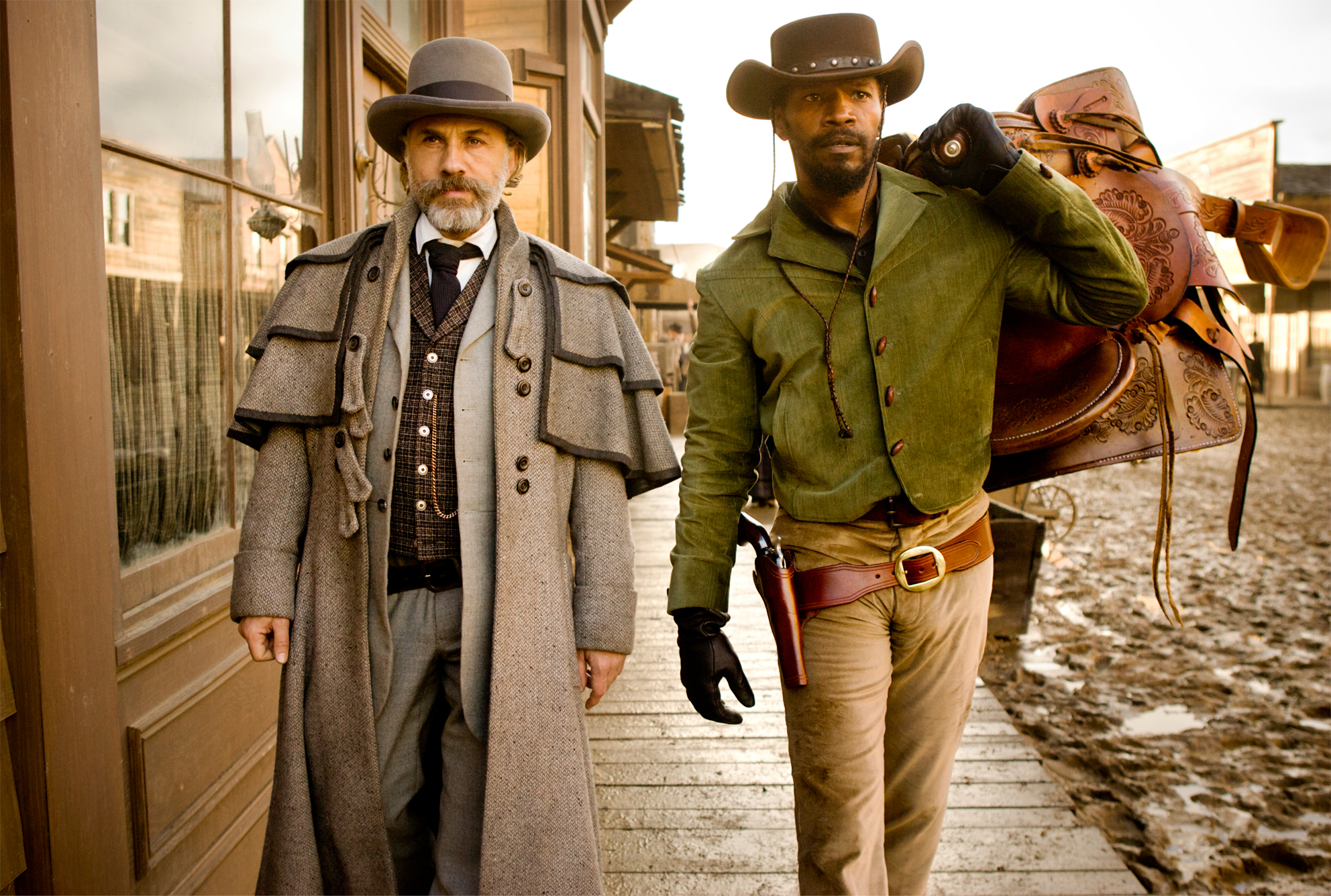 Controversy, heaps of violence, cool actors and a snappy soundtrack? It just has to be a Quentin Tarantino movie. This unkempt, whiny-voiced guy who looks more like a weasel than a hip Hollywood director is just impossible to ignore. Not bad for a guy who started out working at a video rental store. While working the late shift, this movie nut started writing, directing, and taking acting classes, and it all paid off in 1992 with his debut movie, Reservoir Dogs.

This heist movie that never featured a heist, but plenty of plot twists and no holds-barred violence, made for a cult classic. It also helped in setting the tone for his follow up movies: Pulp Fiction, Jackie Brown, Kill Bill I&II, and Inglorious Basterds. Whether you love Tarantino’s movies or hate them, you can’t deny they ooze a certain cult style. You’ve got to see them to join in the debate. And this one, his first western, is no exception.

Set in the Southern states two years before the civil war, Django Unchained is the story of a freed slave who teams up with a German bounty hunter, then goes on a mission to save his enslaved wife, Broomhilda. Calvin Candie is the ruthless plantation owner who Broomhilda belongs to, and Django must get closer to his trusted house slave Stephen if he has any chance of rescuing her.

As you might expect, the violence here is ruthless and graphic, including slaves fighting to the death, whipping, a man being ripped apart by dogs, and of course guns, guns and more guns. And, if you close your eyes, your ears will take a battering too, as we not only get the fword – that’s a given – but also the n-word, and repeatedly. Violence on all fronts, that’s classic Tarantino.