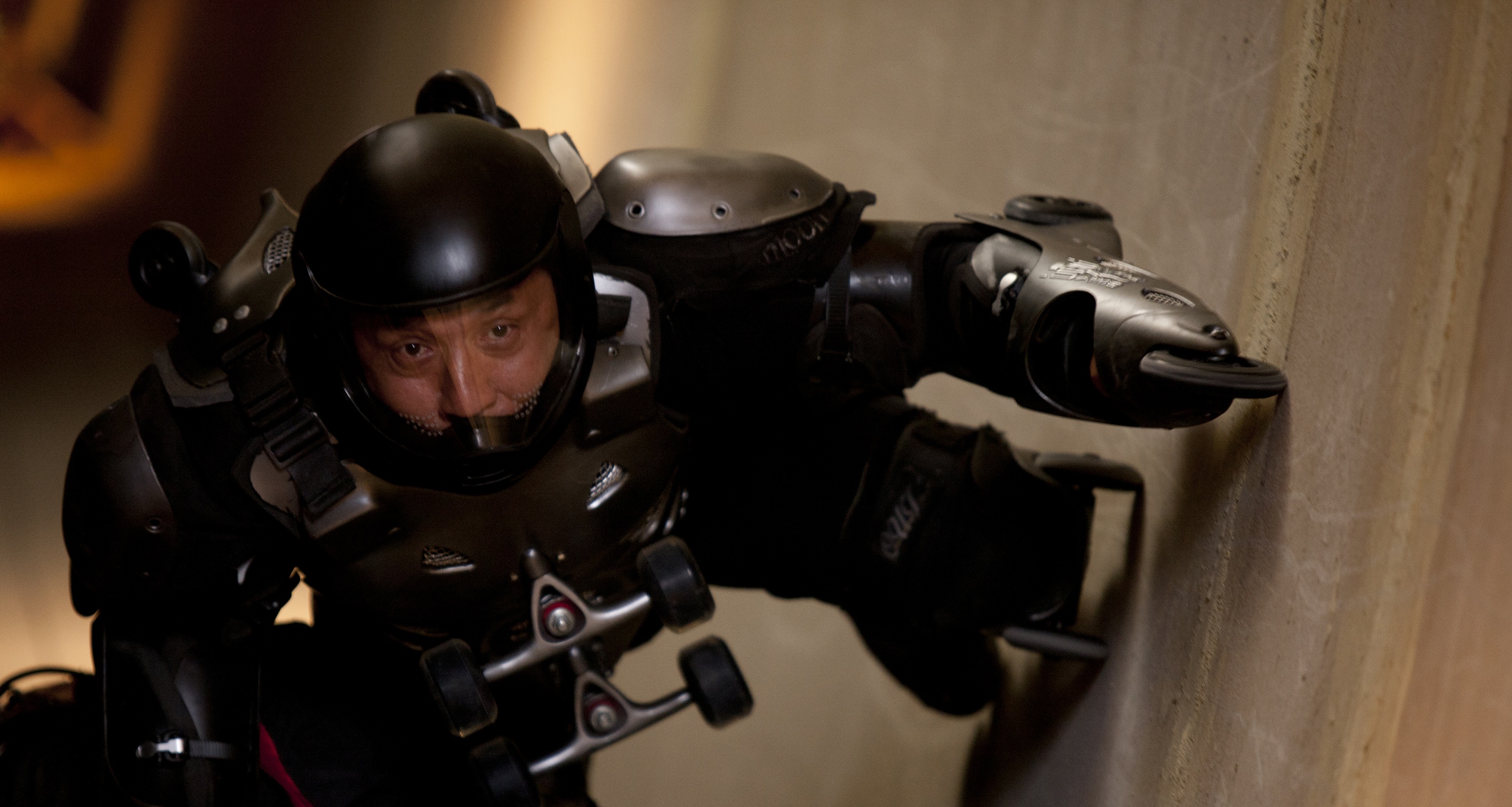 The perfect blend of martial artist and comedian, Jackie Chan is endlessly enter-taining, and often nail-bitingly thrilling, to watch on screen.

Born Chan Kong-sang, the veteran action star owes a lot to his early education at the strict China Drama Academy, where he learned martial arts, acrobatics, singing and acting. He was being groomed for a job in the Peking Opera, but ended up working as a stuntman and extra in the Hong Kong film industry. Athletic and inventive,he got a reputation for being fearless: he’d try anything. When the Hong Kong movie industry began to fail, he had to return to his parents, who were living in Australia. There he worked in a restaurant and on a construction site, which is where he earned his nickname Jackie. (Given by an older worker Jack, who found his real name hard to say.)

An agent in Hong Kong, Willie Chan, headhunted Jackie for a new Hong Kong movie, and his career as a stuntman was revived. When he began to develop his own style of acting, blending humor with his amazing stunts, his movies became huge successes. But it wasn’t until Rumble in the Bronx(1995) that western audiences really got to know him.

Jackie’s stunts are almost inhuman. He refuses to use a stuntman or CGI, so when you see him dangling off a clock, falling, and crashing through a series of canopies to hit the ground in Project A(1983), that’s really him. Ditto him sliding down the glass front of a twenty-one story building in Who Am I?(1998). When you see these kind of stunts, it’s no surprise to learn he’s broken almost every bone in his body, and has a plastic plug in his skull.

This new offering has him searching the world for 12 bronze heads of Zodiac animals, but don’t worry too much about the plot itself. Just enjoy the action and comedy from the most lithe and daring 60-year-old you’re likely to see this year.

[box]
Don’t forget you can find a list of local cinemas online at www.kansaiscene.com/cinemas/
[/box]