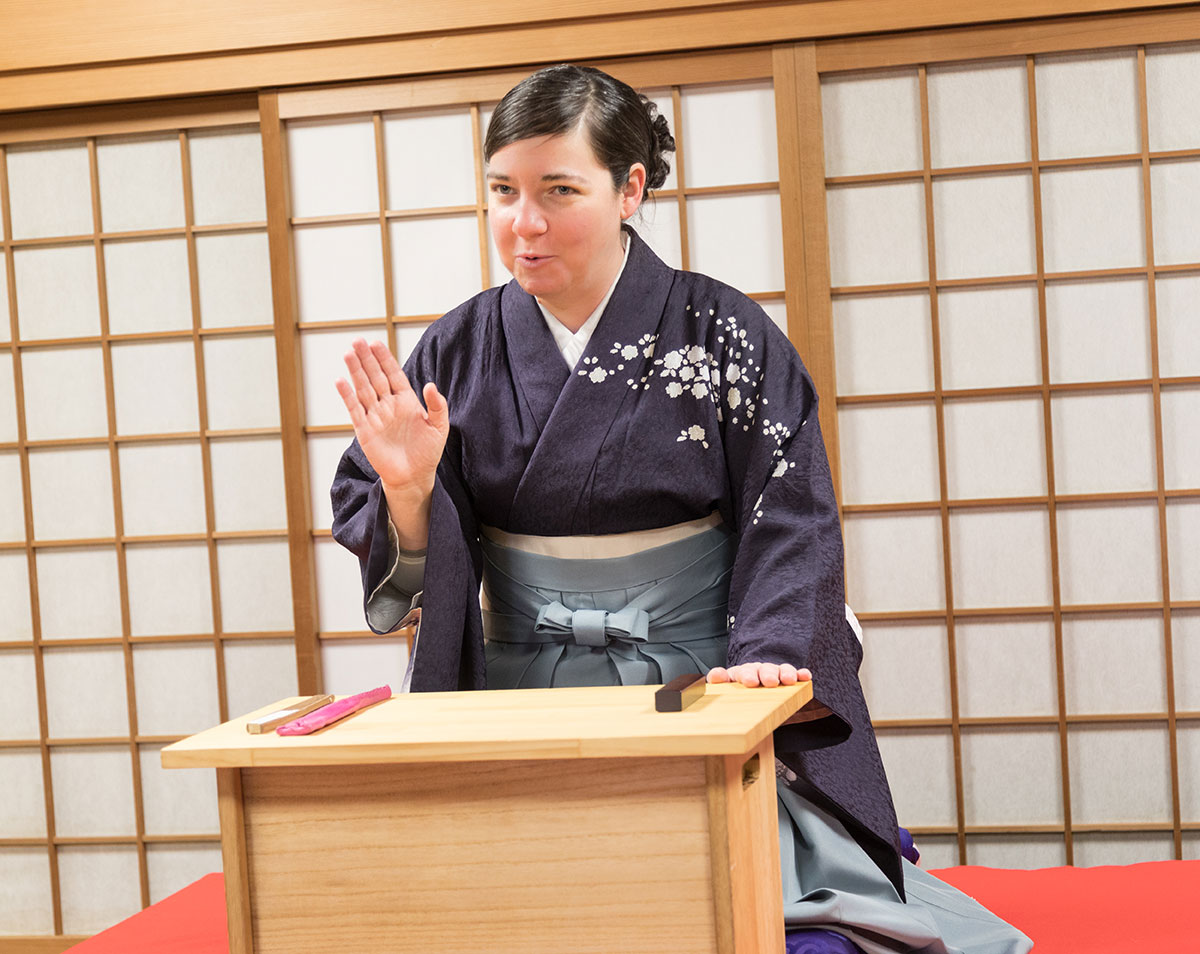 Anshun Kyokudou is not your typical Sakamoto Ryoma fan. For starters, she only found out about the Japanese rebel while at university—much later than most Japanese people. That introduction came via two photographs, one of Sakamoto and the other of Nakaoka Shintaro, both given to her by a Japanese friend in America.

Back then, Nanshun Kyokudou was also not her name. That transition came later.

The pictures of the two samurai comrades were presented as kind of a riddle by Kyokudou’s friend. He told her the pair were famous, but deliberately left out that they were assassinated on the same night, encouraging her to learn about them for herself.

Years later, Kyokudou can still recall the picture of a solemn-faced Sakamoto dressed in a kimono and hakama with his sword sheathed through his obi. One detail of his attire that was especially striking: he was wearing western-style boots.

“I remember thinking, ‘what is a traditional samurai wearing boots for and why was this so special that he had to take a picture with them on?’”

That photo was the hook for Kyokudou, the one that really led her down the rabbit hole of Japanese history. That image of Sakamoto has stayed with her as she moved from Georgia to Osaka where she’s lived since 2007. For the last six years, she’s been a professional kodanshi performer, a (true) storytelling art form which mines history to deliver short invigorating and informative performances.

You can probably guess who Kyokudou’s go-to historical figure is: the samurai with the boots on.

For the uninitiated, kodan is a lot like rakugo, another storytelling art form, albeit one with a much higher profile. But, as Kyokudou explained, kodan has a longer history.

Broadly speaking, rakugo—which is younger by about two centuries—has its origins in Buddhism. Similar to a Catholic sermon, Buddhist priests would deliver a witty tale that had some sort of moral in it—“the thing that you should or shouldn’t have done.”

Kodan’s origins are mixed, but mostly come from the samurai class, specifically wounded warriors, who—no longer able to fight—took to the road as kind of a roving reporter.

“They were a traditional newscaster of their day,” says Kyokudou. Granted the news cycle moved much slower, literally as long as it took for the samurai to get from one fief to the next. Whereupon the samurai would recount to his audience a tale of a battle or some newsworthy event. In return, the retired samurai would be fed and found. As news dissemination went, it was pretty slow, but the oral tradition put down roots and has stayed with us.

While kodan and rakugo are similar in how they are performed, they differ in tone. Rakugo is usually comedic. Kodan is mostly about history, but those history lessons can be on anything from a consequential battle to the origins of jazz.

A typical kodan performance lasts 10–15 minutes. At its core, it’s a history lesson which draws the audience in through the performance.

The stories Kyokudou tells are mostly drawn from the time of Bakamatsu, a tumultuous 15-year period that lead to Japan giving up on its isolationist stance mid way through the 19th century. A performance could be distilled from a vignette or a single line of an old history book.

After a brief stint learning Japanese as an exchange student at Kansai Gaidai University, Kyokudou moved to Osaka to take a position as English-language teacher on the government-sponsored JET program in 2007.

Kyokudou’s first exposure to kodan was in Osaka when a group of local performers showcased a few different native art forms—one of which was kodan. For Kyokudou, it was a eureka moment: discovering that there existed a storytelling art based on history.

After the event, she talked with one of the kodan performers and explained her interest in Japanese history, especially that of Ryoma Sakamoto. The initial reaction was positive. It was all uncharted territory in the beginning, Kyokudou explains, as unlike rakugo there were no other foreign-born kodanshi at the time, and they didn’t know if she would be able to go pro.

In the end it wasn’t an especially big deal: her senior introduced her to their kodan master, and Kyokudou explained her case again. As is tradition, her master formulated her stage name—Nanshun Kyokudou—and she became professional in 2013.

In the beginning, Kyokudou says she suffered from extreme stage fright: it’s a tough act telling history stories in a foreign language to an audience well-versed in them. But she overcame it, and while it’s still an ordeal, Kyokudou is more comfortable on stage. Recently though she feels she’s reached a plateau in terms of her Japanese language ability.

While performers are not supposed to read on stage, lately Kyokudou has been struggling with memorization and so she does keep a script ready in case she needs it. The scripts however are a point of contention. “You need to stop that,” is the message Kyokudou is getting from her fellow performers.

“I have hit sort of a plateau. My master has gotten frustrated with me and all of my brothers and sisters have got frustrated with me because they feel like they can’t communicate with me.” It boils down to language, and Kyokudou feels she has hit a wall.

Right now it’s a question of finding time; she juggles a handful of part-time jobs in Osaka and Kyoto, she’s also got her head buried in history books, and then there are the performances.

On average she does about half a dozen performances a month—in Japanese. She’s been trying out performances in English, but the main problem here is not performative, but rather one of reception.

“I don’t think anyone knows what kodan is,” Kyokudou says, telling me she’s had to cancel a few performances for lack of an audience. As to the awareness of kodan, she might be right. But as Kyokudou says if more foreign residents knew that kodan was an interesting way to learn about history, then it might succeed. By virtue of being different to all her fellow performers, Kyokudou has attracted media attention. She’s happy with it as long as it serves kodan.

Kyokudou is usually attired in kimono even when she is not performing—she has a collection of hundreds, many of which are hand-me-downs. For the past year, she has been wearing a kimono every day. She’s aware of the gaze that she attracts, but she’s also aware that for many she simply passes as a tourist dressed up for the day. It doesn’t bother her.

Sadly, Kyokudou’s father never got to see her become a kodan performer, as he passed way before she found the art form. “Once he passed away I was like, ‘who can I share my stories with?’ It was a big hole that got left open.”

Through kodan, she’s found an audience to share stories that surely he too would have loved.

How to celebrate Christmas in Kansai
Shuffle through Powder Heaven