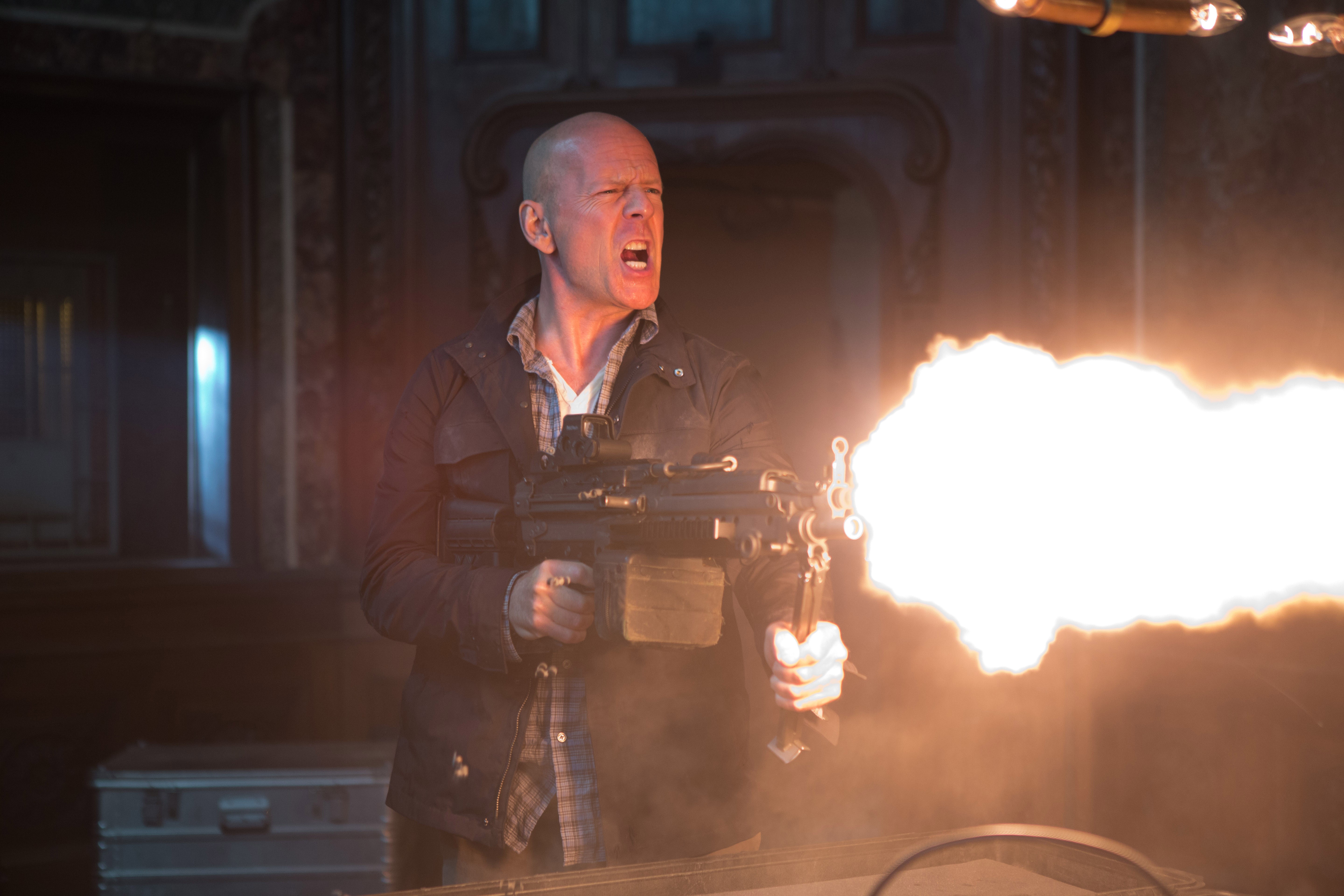 Ah, Valentine’s day, it’s a good day to tell your sweetheart how much you care for him with hand-made chocolates. Or, perhaps it’s a good day for guns! Explosions! Witty one-liners and macho smirks! Yes, Die Hard 5 is here at last, released on Valentine’s Day the world over and despite rumours of a 24 crossover, there’s no Jack Bauer to be seen. This is all about Bruce – and Bruce’s son. Let’s rewind to 1988, first, when Bruce donned the white vest to take out a dozen terrorists on Christmas Eve. The first Die Hard movie was based on a novel, Nothing Lasts Forever by Roderick Thorp. The story goes that John McClane, a New York cop, gets caught up in some terrorist troubles while heading to L.A. to see his wife Holly and their two kids. Of course he kicks the bad guys’ asses, and memorably chucks Alan Rickman off a tower. Die Hard was a genre-defining action movie, so much so that we often say “It’s Die Hard on a ––––” when we describe other action flicks.

So, the inevitable sequel was ‘Die Hard on a plane’: some mercenaries start meddling with air traffic while McClane waits for his wife at the airport. The third in the series was ‘Die Hard on a breakup’, where wife Holly has quite reasonably had enough of the constant threats to her life. A heartbroken McClane has to get it together to deal with a devilish city bomber in a game of Simon Says. The last installment was ‘Die Hard on Independence Day’, for what better day could terrorists pick to seize cyber control of America while it parties hard for liberty? This one featured McClane’s daughter Lucy, so it makes sense that Die Hard ‘the next’ re-introduces his son John Jr (or Jack, as he’s also called). Jack’s working with the CIA, but winds up in a Russian jail, so dad has to come and help save the day. The last time we saw Jack he was sitting on a kitchen floor playing with toys, so there’s a lot of plot to catch up as he and the old man shoot, run, jump and crash through windows together. This latest installment is ‘Die Hard on a family reunion’