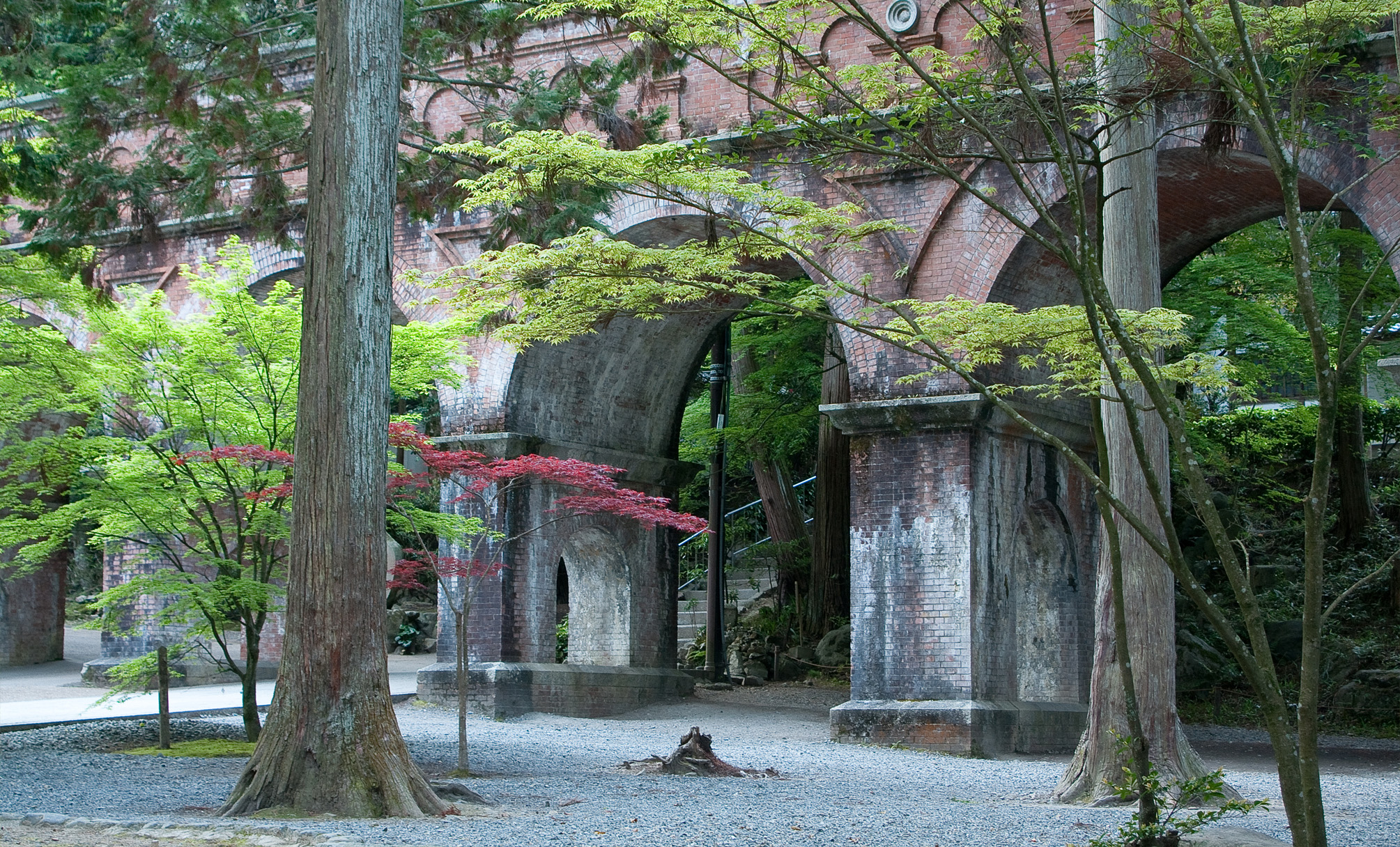 For centuries Kyoto was home to the emperors of Japan. Roads of tribute led there. She was a magnet for the exquisite and priceless from within and without the archipelago, along with essentials such as rice, salt, and firewood. But in the 19th century, three great fires ravaged the city, and when the imperial court was moved, in 1869, to the new capital city of Edo (later to become Tokyo), the tide of goods turned suddenly away. People of political influence and ordinary citizens began to flow steadily out of the city. Those who remained could see that a comprehensive plan to provide water, energy, and transportation was essential to revitalizing Kyoto as part of a rapidly modernizing Japan.

Even in moving away, Emperor Meiji had not turned his back on his former home. Both he and the mayor of Kyoto were looking for a way to prevent the historically invaluable city from slipping into rural decay. The tactic they settled on had been rejected several times in the past. Building a canal between Lake Biwa and Kyoto had obvious merits, but the obstacles remained ominous. The five kilometer stretch from Otsu City, at the southern end of the lake, to northern Kyoto was, in itself, daunting. The cost would total 10 times the annual budget of Kyoto’s government. And there were mountains in the way.

The project might have washed out, once again, if not for the emergence of a genius with determination. Tanabe Sakuro had studied engineering, and in the practical part of his education, lost the use of his right hand. He responded by learning to write and do mechanical drawing with his left. When he completed his degree, he applied himself to the challenges of the canal and at 25 was commissioned as its chief engineer. One third of the cost was donated by the emperor. The rest was paid by the central government and local taxes. That left the mountains.

Tanabe’s solution was to send the water underground through brick lined tunnels. The tale of how he achieved the greatest Japanese engineering feat of his time is preserved in Kyoto’s Lake Biwa Canal Museum. Plans and sketches are displayed there detailing Tanabe’s project, along with photographs and artifacts documenting his difficulties and successes.

There were no brickyards in Japan, so Tanabe responded by creating them. Pack animals were unavailable, so women volunteered to carry bricks to the tunnel sites. In the museum you can find a copy of the text he wrote and used when teaching night classes to educate his workforce in unfamiliar technology.

A collection of brightly colored sake cups are examples of commemorative gifts made to celebrate completion of different phases of the construction, which continued from 1885 to 1890. Among them, a somber, black ink stone reminds us of the greater cost of grand endeavors. It is a memorial to a worker who died when one of the tunnels collapsed during construction.

A short walk from the museum is the most striking feature of the still functioning canal. A roman-style aqueduct, also built from brick, stands just outside Nanzenji Temple, attracting photographers from near and far, and serving as a backdrop in many a Japanese television drama.

From the top of the aqueduct you can walk along the canal to another of Tanabe’s constructions. From the beginning, the canal was designed to accommodate wooden boats to carry goods and passengers along its route. It was not until three years into the construction that Tanabe was inspired to build Japan’s first hydroelectric power plant alongside it. Turning the waterwheels required a 36 meter drop. To get the boats over this hurdle, a small, two sided railway, called The Incline, was built to allow two boats to exchange places from above and below. The Incline ceased operation 65 years ago. Now set with flagstones, it’s become a footpath lined with cherry trees that leads to a view of a fountain jetting above the surface of the broad waterway in front of the museum.

Electric power from Lake Biwa Canal transformed Kyoto from a city with a dark future into one lit up with streetlamps. It made possible Japan’s first electric railway that ran between Fushimi and Kyoto, facilitating trade between them, and it revitalized Kyoto’s textile industry. Although the two tons of water the canal brings to the city every second is now used mostly for drinking water, fire fighting, and irrigation, and the power plant has been converted to a water treatment facility, the Lake Biwa Canal still now brings Kyoto the water of life.

Access: From exit 1 of Keage Station on the Tozai Subway Line turn left and bear right at the Y intersection. The museum is a 5min walk from the station.
Open: 9am-4:30pm, Mar to Nov; 9am- 4pm, Dec to Feb.
Admission: free. To reach the aqueduct, find the tunnel through the brick wall running along the street on the East side of Keage Station. Follow signs to Nanzenji. The aqueduct is just outside the main hall of the temple in front of Nanzenin.
[/box]

Buckets of cool
Lights of the night

The Journey to Koya-san

By Matt HodgkinsSep 1, 2020
Advertisement
To Top