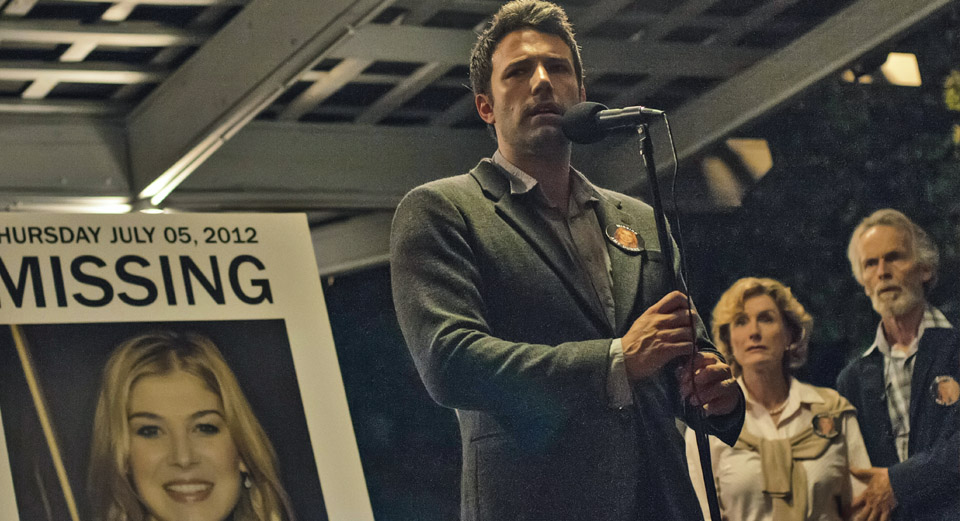 This is most definitely a movie that is best approached cold, as the less you know about it going in, the more you will be drawn into the tangled story. That shouldn’t be a surprise to any David Fincher fans, as the vast majority of his past work is dark and laden with shocks and surprises that stay with you long after the credits have rolled. Gone Girl is yet another clear tick on a near-spotless tally of awesome movies (he disowned Alien 3, so we can let him off the hook for that one).

Affleck plays Nick, a handsome and seemingly charming bachelor who falls in love with and marries Amy, a role that Rosamund Pike nails to such a degree she all but steals the show. It doesn’t take long for trouble to brew in paradise, as Nick isn’t all he seems to be, and the tension slowly builds until Amy goes missing. Fincher throws in a clutter of cats amongst the pigeons, but the narrative holds strong and you never feel lost or confused trying to piece all the different threads together in your mind.

Although you will know what each party brings to the table, you may struggle to decide whose side to take. The media circles around Nick like vultures around an injured animal, Harris awkwardly plays Desi, an old high school admirer of Amy, and Tyler Perry surprises all by portraying Nick’s lawyer in a balanced and convincing way. Add to all this a police investigation and shrouded motives for all involved, the film gives the audience room to create their own theories, which is a very refreshing change of pace from your standard Hollywood fare. The film is long, and a little laborious, but for those that look for stimulation over pure entertainment, it is an amazing movie.