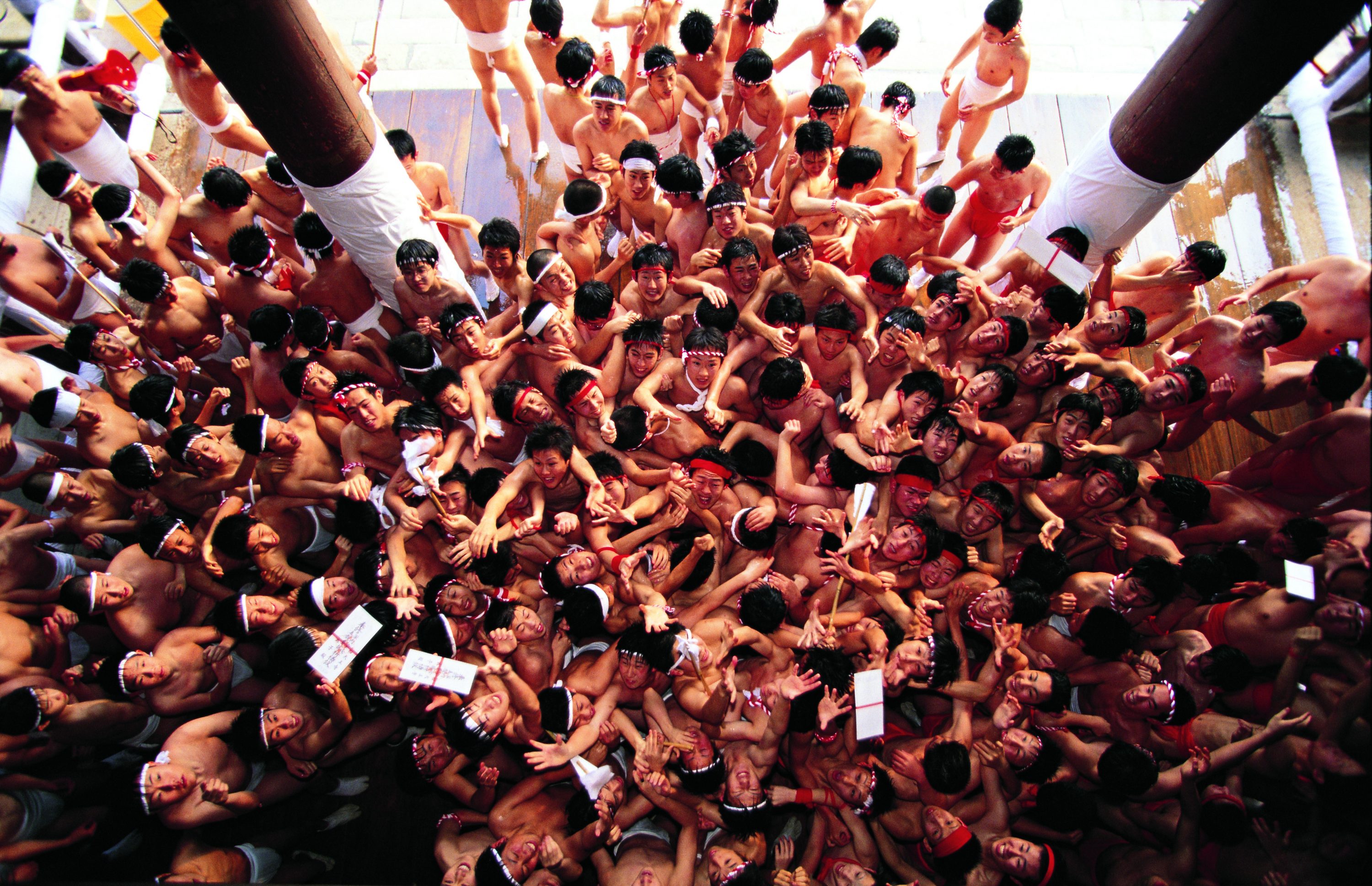 “Doya-doya” is a Japanese onomatopoeia for the thundering sound made by hundreds of stamping feet, which can be heard when a crowd of people bursts into Rokuji Hall at Shitennoji Temple—one of Japan’s oldest Buddhist temples—during January’s Doya Doya Festival.

In the course of this rowdy event, hundreds of semi-naked high-school boys wearing only red or white fundoshi (traditional loincloths) scramble to get their hands on religious objects believed to bring good luck. The action starts just after two o’clock when talismans are cast from the beams of Rokuji Hall and the priests of the temple throw cold water at the boys as they run.

Doya Doya is performed as the closing ceremony of an essential ritual held to bring in the New Year, celebrating the end of a 14 day period of worship. In the past, it was said that hanging the charms caught at this festival in your family’s rice fields would ward off pests and grant an abundant harvest.

Shitennoji Temple was founded in 593 by Prince Shotoku, who supported the introduction of Buddhism to Japan. He named the temple after the Shitenno—the four heavenly kings of Buddhism who are said to guard the world against evil. Though this temple complex has a long history, most of the buildings have been destroyed by fire and rebuilt several times, and several of the current buildings date from the 1960s and 1970s.

After the excitement of Doya Doya, climb the five-story pagoda and take in views of the area from the top. Then explore the Treasure House, which contains a number of national treasures including swords said to have belonged to Prince Shotoku. Afterward, stroll through Gokuraku-jodo Garden, which was created in the early Edo Period and is based on an idea of the Western Paradise of Amida, with tranquil ponds, waterfalls, cherry trees, irises, and stone lanterns. Kame-no-ike pond in the main complex is beloved for its basking turtles.

The 47 Ronin Festival: A Parade for Ako’s Samurai Heroes
A Perfect Long Weekend in Nara