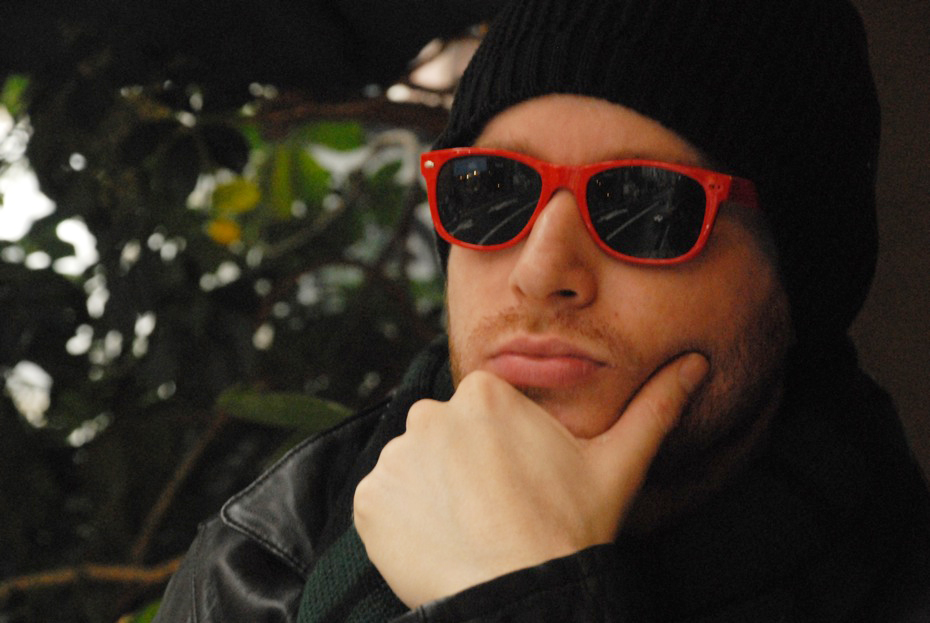 Film director Emilio Insolera is living life exactly how he wants: residing in the homeland of the artists who inspire him while making movies to entertain and inform. Born in Argentina, raised in Italy and educated in the US, he has been living in Japan for the past two years. His film company, Pluin Productions, is aiming to expose the public as much as possible to the sign language community, or rather the more hip term that Emilio likes to use, “the visual community,” whose new generation does not want sympathy–and certainly don’t consider themselves disabled.

Denouncing the stereotype in the title of the ’80s movie about a deaf pupil falling in love with her teacher, Children of a Lesser God (which Emilio informs me “was obviously directed by a hearing director”) is Pluin Productions’ debut feature-length film, Sign Gene. It depicts the visual community with 100% accuracy–right down to the accents in the sign language. Regional sign language is something I was never aware of, and I was amazed to know a proficient signer can see accents in any particular sign language, even between, say, the south or north of Italy. Any actor pretending to sign in a movie stands out as doing exactly that: pretending. This comes across as very irritating to anyone proficient in signing, and understandably causes irritation to the visual community. Insolera has set himself a goal of putting this right.

Sign Gene is making waves, and has inspired one prominent Italian linguist to declare it “the symbol of activism for the visual community.” Without giving too much away, the protagonists have the ability to materialize their signs into reality. Originally starting out as a short film, it garnered such a groundswell of interest with people offering to become involved, that Insolera, upon realizing it had the legs for a shot at the big time, had to rewrite the script into a feature-length.

Insolera managed to pour every cent of investments, which came from organizations Deaf Space, Viable and Deaf Japan, and also Kagome, into the production of his film. The short trailer I viewed, with its helicopter aerial shots and some very cool martial arts and special effects, give an impression of a production far exceeding its low budget.

“Many great professional people have helped me along the way, actors and actresses and production people such as Kazuyuki Yamamoto, Hiroshi Vava, Danny Gong and Chon Chen. Much respect to them all, and now it is time to start creating sound for the movie,” declared Emilio.

With all the shooting now in the can, Pluin Productions is on the lookout for skilled sound editors and musicians to contribute to the production with some finishing touches. This is not only an opportunity to be part of a movie destined to screen at international film festivals around the world next year, but also a great chance to showcase your skills to the international media the film is beginning to attract. Emilio has appeared on several American and Japanese TV programs, and look out for an article in the Asahi Shimbun soon.

[box]
Anyone interested can submit their work to Pluin Productions by email to secretary@pluin.com (emails should be sent with the subject “Sound Editor” or “Musician”), or by snail mail to:
Pluin Productions, Southern West Bldg 8F, 1-16-7 Nishi-Shinsaibashi, Chuo-ku, Osaka-shi 542-0086.

Continue Reading
Advertisement
You may also like...
Related Topics:Emilio Insolera