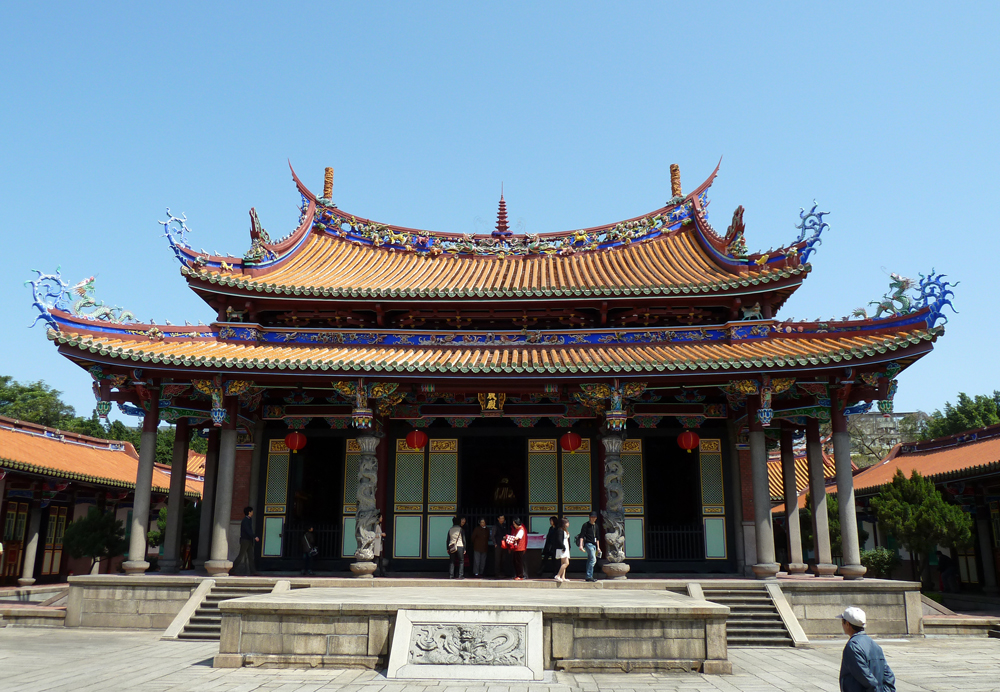 Taiwan has emerged as one of the largest economies in East Asia — quite a feat for a country with a turbulent history and long periods of oppressive rule. Modernisation and a high standard of living make its capital, Taipei, an attractive destination for a long weekend, especially as it sits a comfortable 2.5-hour flight from Osaka. Moreover, Taipei is an intriguing combination of the familiar and the foreign.

Imagine the following: you stumble off the airport bus and into the main station. You blink twice as you’re greeted by row-upon-row of souvenir shops, all selling beautifully wrapped sweets, including mochi and anko. Down in the underground, you find yourself on a spacious platform in an orderly queue to board the train.

Within three minutes, you’re on a clean, air-conditioned carriage. No one eats, drinks or talks loudly. You arrive at your stop and calmly climb the escalator because everything is so reassuringly familiar. Then you emerge onto the street and — wham! A wall of noise, colour and scents hits you.

The smell of garlic, star aniseed and burnt oil, with an undertone of sewage, fills your nostrils. Street eats crowd the pavement in a frenzy of outdoor frying. Red lanterns are strung from buildings. The roads are jammed with cars and scooters, horns hooting, engines revving. Confused, disoriented, overwhelmed, you head away from the commotion and happen across a well-landscaped Japanese-style park.

Yes, Japanese colonial rule has left its mark upon Taipei and it’s impossible to ignore the fact that Japan is one of its biggest trading partners and source of tourism. Taipei is therefore a curious mix of Chinese and Japanese influences with, of course, elements unique to Taiwan. Thrown into this pot is rapid yet sporadic development and the increasing affluence of its citizens — and the result is a highly interna-tional and multicultural city of sweeping streets and tangled alleys, begging to be explored.

With a multitude of markets and museums, hyper-modern malls, natural hot springs, Yangmingshan National Park in the north, and tea plantations to the south-east, Taipei has enough variety to entice every kind of traveller. For this writer, the priorities were undoubtedly the temples, the town and the tastes.

Taipei is home to a wealth of religions, including Taoism, Buddhism and Confucianism, and therefore boasts a range of stunning temples. In direct contrast to the minimalist aesthetic found throughout Japanese design, more is always more in Taiwan. Be prepared for an overwhelming variety of colours: reds, golds, blues, greens and yellows are splashed across intricate dragons, figures and flowers, adorning extravagant roofs.

Built in 1783, Longshan temple is one of the most famous in the city and has remained an important place of worship, despite its history of destruction and reconstruction. Be sure to make your way through the crowds of worshippers and clouds of incense to glimpse the main deity, Guanyin, the Goddess of Mercy. The icon miraculously survived the bombing of the temple during World War Two, even though the main hall was completely destroyed.

Also worth a visit is the Confucian temple. Although the icons are replaced with tablets to reflect Confucian beliefs, this temple is beautifully laid out and contains a fascinating and well-labelled museum on the life of the great man himself.

However, Guandu temple is simply unmissable. A little out of the city, the visitor is rewarded by a maze-like, several storey temple complex, screaming with decadence. Climb up behind the complex for a view over the river and mangrove swamps, and spy the main city lurking in the distance.

Aside from temples, Taipei is a jungle of impressive old and new architecture. As an epitome of the modern, the bamboo-shaped tower, Taipei 101, stands at an impressive 508m and has just lost its place as the world’s second tallest building. Visitors can pay NT$450 (¥1,250) to be whisked up to the indoor and outdoor observatories for spectacular 360° views. Those on a budget can walk fifteen minutes eastwards to ascend Elephant Mountain. The climb takes 20 minutes, is well-lit for night hikes, and the views are equally rewarding.

Heading a little further back in time to the 1980s, check out the impressive Chiang Kai-shek Memorial Hall. Erected in the memory of the controversial leader by the same name, a vast gate announces the entrance to the huge and imposing complex, which includes the National Concert Hall and National Theatre. Visit the hall on the hour to catch the changing of the guard — an elaborate sequence of moves that looks like a slow-motion dance.

For those who fancy some anomalous architecture, visit the quirky, western-style Red House. Peculiarly out of place in Ximinding, a trendy young area known as the Harajuku or Shibuya of Taipei, this two-storey octagonal building was built in 1908 during Japanese rule and acted as a venue for Taipei’s first modern market, specialising in Japanese foods.

Taipei’s markets provide some of the city’s biggest attractions. Plenty of local markets crammed into alleys can be found just by wandering through the old district, to the east of the Danshui river. On the opposite side of the city, the Jianguo Holiday Jade market has a vast selection of stalls and is great for souvenir shopping.

Perhaps the main stars, however, are the night markets. Starting from 5pm and often running past midnight, these markets sell a variety of food and cheap goods. Shilin, in the north of the city, is the most famous and resembles a scruffy Harajuku, with trendily dressed youths, street food, and shops selling popular paraphernalia (think Angry Birds soft toys.)

For the foodies among us, Taipei can seem like a paradise. It’s packed with cuisines from all over the world and it’s a warren of restaurants and stalls. Although Taiwanese food has undoubtedly been influenced by several cuisines, most notably from mainland China, a particularly distinctive feature is the abundance of coriander, basil and garlic, which make delicious chicken and pork dishes. Also try the Taiwanese version of beef noodle soup, a hearty lunch for sightseeing.

A variety of snacks can be found at the night markets, including tianbula, a Taiwanese version of tempura, oyster omelettes, steamed dumplings, and the ubiquitous hotdog. Particularly recommended are deep-fried milk and a Taiwanese version of taiyaki (stuffed with peanuts, although anko is also available). For the brave among us, there’s stinky tofu. Often described as the “Chinese cheese”, others have made less favourable comparisons as regards its smell.

However, smells should be regarded as an all-important part of the Taipei experience: it’s impossible to leave the city without multi-sensory memories. Take time to explore and let the atmosphere envelop you.

[box]WAYS & MEANS
Getting there and around
• Several airlines operate regular flights between KIX and Taipei Taoyuan airport. For those on a budget, check Jetstar for flights from as little as ¥5,000 one-way.
• From Taoyuan airport, buses leave for the central city every 15 minutes. The journey takes about an hour and costs NT$125 (about ¥345) one-way.
• Taipei has fantastic public transport, notably the metro. Buy yourself an EasyCard to get 20 per cent off all journeys. Without changing lines, a trip can cost you as little as NT$16 (about ¥44)

BUDGETING
• All temples and parks are free to enter, making Taipei an extraordinarily cheap place to visit.
• Cheap clothing is easily found throughout most of the city. For those looking to splash some cash, the eastern districts of Xinyi and Dinghao boast countless upscale shopping malls.
• Food can be found at very reasonable prices. A bowl of beef noodles soup costs around NT$100 (about ¥275), and street snacks are from NT$10 (about ¥28) and up.[/box] 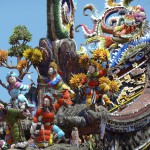 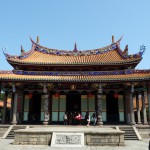 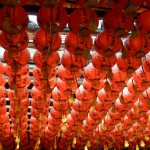 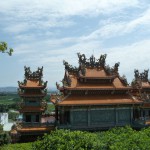 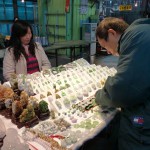 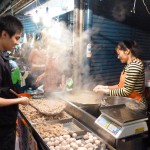 Japan’s desert by the sea
The bridge that flows