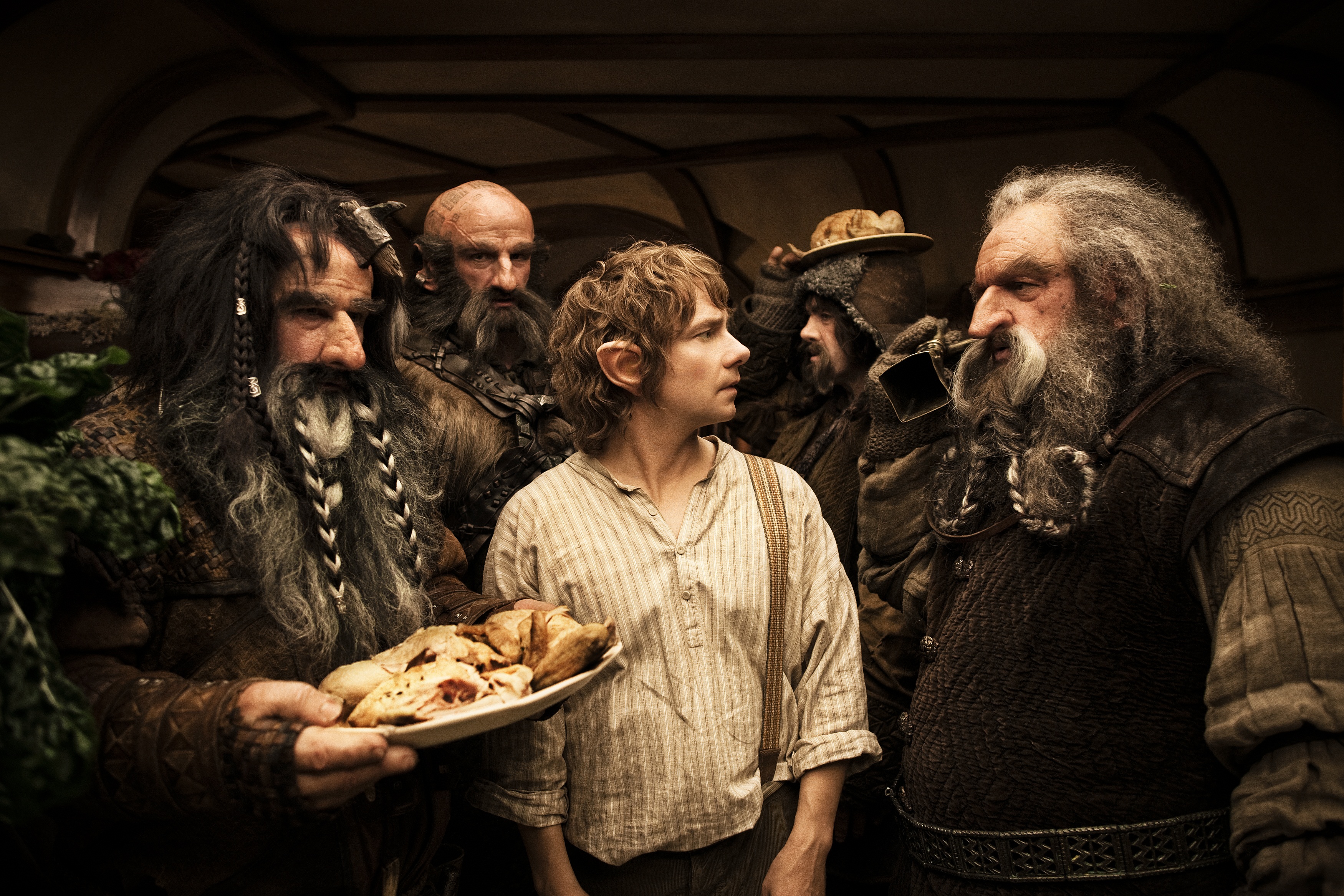 One director to rule them all: pre-2001, few mainstream movie fans could have told you who Peter Jackson was. The scruffy New Zealander had made a lowbudget funny horror flick and co-penned an Oscar-nominated screenplay, but his defining moment was the day he chose to adapt one of the world’s best-selling books. A box-office phenomenon, The Lord of The Rings is a trilogy of glorious storytelling, superb acting, and loving attention to detail that brought JRR Tolkien’s imagination to life on the big screen.

But of course, The Lord of The Rings wasn’t a standalone series. The first book set in Middle Earth was The Hobbit. The hobbit in question, Bilbo Baggins, leaves the comforts of his hometown in search of adventure in the mountains, helped along by a fellow in a tall pointy hat. Personal growth and heroism, plus Tolkien’s own experiences of World War One, shape the story. And through his adventures, Bilbo finds the magic ring that eventually causes his nephew, Frodo, all that trouble in the next trilogy.

Before The Lord of The Rings was even wrapped up, whispers began that Peter Jackson was thinking about adapting The Hobbit. But shooting in Middle Earth is no easy task, as it involves so much work to create a believable fantasy world, so it’s little surprise it has taken so long to complete. And annoyingly, it’s been split into three movies. The second part, The Desolation of Smaug, will be released in December 2013.

The amazing Andy Serkis, Ian McKellen, Cate Blanchett and Hugo Weaving reprise their roles from the trilogy, looking like not a day has passed since 2001. Martin Freeman has to fill Ian Holm’s shoes by playing the younger Bilbo, but this facially expressive and down-to-earth actor looks well suited to the role. Will this prequel rule at the box office, the Oscars and over fans’ hearts as much as the trilogy? Only time will tell.

Don’t forget you can find a list of local cinemas online at
www.kansaiscene.com/cinemas/

Continue Reading
Advertisement
You may also like...
Related Topics:Bilbo Baggins, JRR Tolkien, The Desolation of Smaug, The Hobbit, The Lord of The Rings