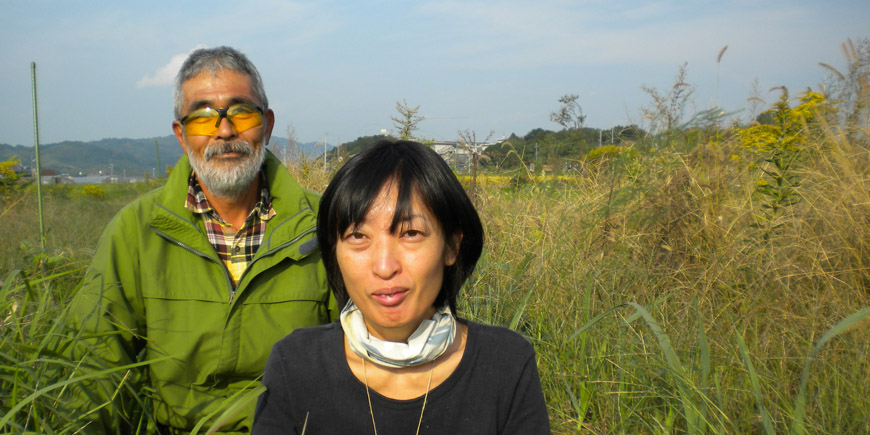 Organic farming is a small portion of the agricultural industry in Kansai with fewer than 200 registered organic farmers out of nearly 240,000 according to a 2010 government survey. Even more niche is the emerging group who practice natural farming, which includes heirloom and open-pollinated varieties of non-GMO crops, no-tilling and no use of manures or compost. Despite the subtle differences, both groups of alternative farmers are meeting a growing need for food that is produced sustainably and that connects the community with their land. Here in no particular order, are some of Kansai’s best.

Hamma Farm in Nara Prefecture
What? Using natural farming methods, Kazuto and his younger sister Erina grow traditional Japanese crops like tea, rice, varieties of daizu (soybeans) and azuki beans, along with wheat and shiitake mushrooms.
Why? It was while studying agriculture at university that Kazuto discovered shizen nohou (natural farming). A visit to the home of Masanobu Fukuoka, the farmer-philosopher who first developed the practice, was unforgettable. “It was so green and alive,” he said. “There was such a good feeling there.” Natural farmers see their fields and agricultural practices as part of a whole system. As a result, they use no pesticides or fertilizers, including animal manure and compost. Twelve years ago when Kazuto started farming for himself, he put these techniques to work. “I work in harmony with the microorganisms in the soil that co-exist with me,” he says.
Where? Hamma Farm is located in the mountains near Haibara, a small village in Nara Prefecture in the mountains. Their produce can be found at the Nara Organic Farmers Market, natural grocery stores in Osaka and Kyoto, and the twice yearly Osaka Organic Farmers’ Market.

Hamma Farm in Nara Prefecture
What? While Erina is certainly a farmer, she is also a baker. Making use of the ingredients grown on their natural farm, she creates scrumptious cakes and breads.
Why? Erina is worthy of note not only because her baked goods are mouth-wateringly delicious and ideal companions for the tea she and Kazuto grow on their farm, but because her passion for carefully grown, high quality ingredients ensures that each slice of roll cake, each little muffin, is the best it can be. She came to the farm five years ago after apprenticing at various bio-dynamic and organic restaurants around Japan and is now happily experimenting and crafting her own recipes (including vegan!) to create a unique set of flavors that represent not just her farm and Haibara, but local flavor at its best.
Where? Erina grows her ingredients and crafts her treats near Haibara. The Hamma Farm table at the Nara Organic Farmers Market is a good place to find them. 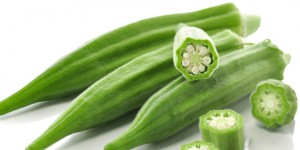 What? Tomatoes, okra, eggplant, rice, and murasaki togarashi (purple Japanese pepper), a traditional Nara variety, fill Kitamura’s fields in summer, while daikon, cabbage, hakusai (Chinese cabbage), and a variety of greens carpet them in winter.
Why? Kitamura discovered the distinct flavors and textures of heirloom vegetables while living in France. Upon returning home to Japan, he decided to try growing his own. Ten years later, Kitamura still loves his job. “It’s hard work,” he says as we walk between fields, “but I like delicious food.” Ducks weed his rice in summer while goats and sheep graze fields in preparation for planting. They work the soil and help fertilize it, too. The farm, though, is more than just fields, crops, seeds and harvest. In an old rented farmhouse, he and his wife host regular events that bring people together to learn, laugh, and build community spirit. As a producer, Kitamura says working with people is just as important as working the land. “The relationship with my customers is pivotal.”
Why? Find him at the monthly Nara Organic Farmers’ Market or join his home delivery program.

Hosotani Farms in Kizu, Nara Prefecture
What? Hosotani grows rice and a wide variety of vegetables throughout the year. It’s also not too far-fetched to say that he grows new farmers, too.
Why? Hosotani comes from a long line of farmers, but a first attempt at organic farming stumped him. “The bugs ate everything,” he said. But a visit to a nearby natural farm helped restore his confidence. “It felt very natural, very peaceful, and I thought, ‘Ok, I can do this’,” he recalls. From the look of his fields and the taste of his vegetables, it’s working very well. Tougan (winter melon) vines climb a trellis, heavy with fruit. Winter greens and daikon sprout in a living mulch of ‘weeds’ that provide erosion and temperature control, as well as a home for beneficial insects. Hosotani also opens up his farm as a classroom, helping students experiment with natural farming practices in small gardens. “By teaching I also grow,” he says.
Where? Hosotani wanders both the experimental fields of his students, as well as his own. Customers can also find him at the Nara Organic Farmers’ Market.

Hello Organics Farm in Kyoto
What? Zenryu and Ava grow Japanese and western vegetables using the Ontario Crop Producers and Processors organic regulations, which is a recognized standard in Japan.
Why? Ava and Zenryu believe good food starts with good soil. “Caring for your body means caring for the earth,” said Ava. Concerned about the safety of their produce and fields in Ibaraki after the March 2011 disaster, they decided to move. Aided by Sakanotochu’s program that matches landless farmers to farmerless land, they soon started growing salad greens, daikon, beets, garlic, kale, fresh herbs, and more than twenty varieties of heirloom tomatoes. “If there are holes in your komatsuna, it’s proof we’re organic,” says Ava. Tohoku, though, is always on their minds. Last year they sent $1,000 worth of produce to help survivors. “It’s a highlight of our work,” she says.
Where? Located in the mountains near Kyoto, Hello Organics can be found at Sakanotochu, an organic grocer and non-profit, in Kyoto. A weekly food box is available only from June to November. (Hard winters mean a limited growing season, but there is a waiting list.)

Where to find the farmers

Thank God for noodles. R-amen!
Bringing in the harvest