I felt “Lost”. It was a hot and humid summer’s day, about six weeks after the controversial finale of that infamous TV show – and I was hiking up a rocky path in search of an abandoned dam. Down the slope next to me were the concrete leftovers of turbine mountings, leading to a rather small concrete dam. 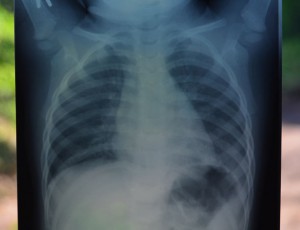 Right next to it, on the other side of the narrow valley, stood a small, wooden building. It was little more than a shack. I peeked through an opening there to find an electronic device glowing red numbers in the dark. All I could think of was 4, 8, 15, 16, 23 and 42! Seconds later, less than a meter away from me, a huge tree branch crashed loudly to the ground. I was relieved not to hear any voices whispering in the background, but the atmosphere was dramatic and spooky to say the least.

Some people would flee at this eerie form of welcome, but it’s just another adventure for a committed urban explorer. Urban exploration – visiting abandoned sites – is definitely not a hobby for the faint of heart. Even though you’re often in the middle of nowhere, without the worry of nosy neighbors, active alarm systems, or conscientious cops, it’s dangerous to go poking around deserted buildings. Just because there are no other people around, doesn’t mean you’re entirely alone. Have you ever been hit in the head by a suzumebachi (a giant hornet)? Or been chased by a wild boar in spring? Neither is a pleasant experience. Since I started urban exploration in 2009, I’ve encountered spiders, snakes, leeches, monkeys, and tanuki (Japanese Raccoon Dog). Wildlife aside, the sites themselves – being no longer in the care of safety inspectors – are full of health hazards. Rusty metal and brittle wood can mean the next step is the last step you’ll make for a while, if you’re not careful. Abandoned buildings are liable to collapse at any time.

Danger lurks behind every corner, but the thrill of seeing a historic spot – and maybe even a spook – is what keeps me going back. Here are some of the creepiest abandoned spots I’ve explored to date.

A tuberculosis hospital for children is one of the creepiest abandoned places possible, especially when the building still holds all the equipment and patient files. The first time I ventured out near Kansai Airport to visit the place, I had to leave without having achieved anything as the whole building complex was still in pristine condition and tightly closed. Respectable urban explorers take nothing but photos and leave nothing but footprints; and they definitely don’t break into buildings.

Upon my return three years later, I was shocked to see that the place had been severely vandalized. It’s not like somebody forced open a window to have a peek inside – pretty much every door was busted open and at least every second window smashed. Luckily a few rooms survived more-or-less unharmed, including a small storage area next to the clinic’s swimming pool. Several boxes full of files not only offered written information about countless patients, but X-rays too. The Tragic Theme Park Expoland in Suita was first constructed as the amusement ride area of Expo ’70, the world fair hosted in Osaka. It remained a permanent installation after the Expo ended, until a 19-yearold student from Shiga prefecture died in a rollercoaster accident in 2007. Two years later it was announced that Expoland would be partly demolished, and some of the rides were sold to other parks. In late 2013 the removal of the remaining structures (including buildings, staircases and a water park) began, to make space for the new Gamba Osaka stadium. Nowadays there’s not much to see, but for more than six years Expoland’s ruined remains attracted ghost hunters and urban explorers alike. 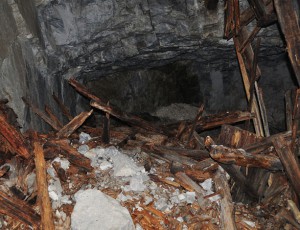 Hands down the most dangerous abandoned place in all of Kansai must be Kasuga Mine, east of Lake Biwa. It’s the only mine I know of where the actual shaft is still accessible, not just a few remaining buildings. Taking photos in complete darkness, with only a dim flashlight to help me, I wasn’t fully aware what I was getting into. Once safely back at home, I was inspecting the pictures and realized that most of the wooden support beams were rotting away, and some of the side tunnels had already collapsed. 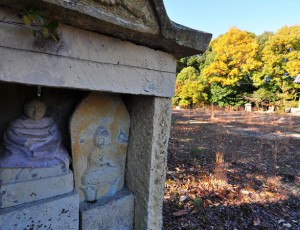 Religious facilities can give off a spooky vibe even when still in use, but they definitely have a unique atmosphere when abandoned. Shuuhen Temple, just a few kilometers outside Himeji, has been abandoned for at least ten years now, yet the electricity counter within the monks’ former living quarters was still active upon my visit in 2011. I remember the fading sunlight giving the vandalized interior a rather uneasy appearance.

Shuuhen Temple, however, was nothing compared to the Subterranean Shrine,which a friend took me deep inside the mountains of the Suzuka Quasi- National Park to see. A heavy metal gate protected the entrance to a cave, or adit, which itself was hidden behind thickening vegetation. Past the gate, dozens of huge insects and other critters swarmed the floor, walls, and even the ceiling. Soon the tunnel was pitchblack and we had to rely on our fading flashlights. About 80 meters deep into the mountain, the tunnel opened up and turned into a room 15 by 15 meters – this wasn’t an abandoned mining tunnel, this was made for a special purpose. In the room, we found two stone tables surrounded by a couple of stone stools – and the remains of rusty lightbulb sockets. Further ahead there was an opening in the wall, some kind of altar, decorated with plates, vases and two busts, depicting old Japanese men in business suits. Sadly we had to leave in a hurry because of time restraints, and despite great efforts to unravel the history of the place, it still remains a mystery to me.

[box]
Abandoned Kansai
These creepy hotspots are just a few of the ones Florian has explored. For reports on countless more locations, plus photos and videos, check out abandonedkansai.com or facebook.com/abandonedkansai

Explorers Beware!
Urban exploration is a hazardous hobby that involves all kinds of dangers – if you explore, do your research first, and be aware that you do so entirely at your own risk.
[/box]

There’s something for everyone this Halloween!
Are you feeling lucky?