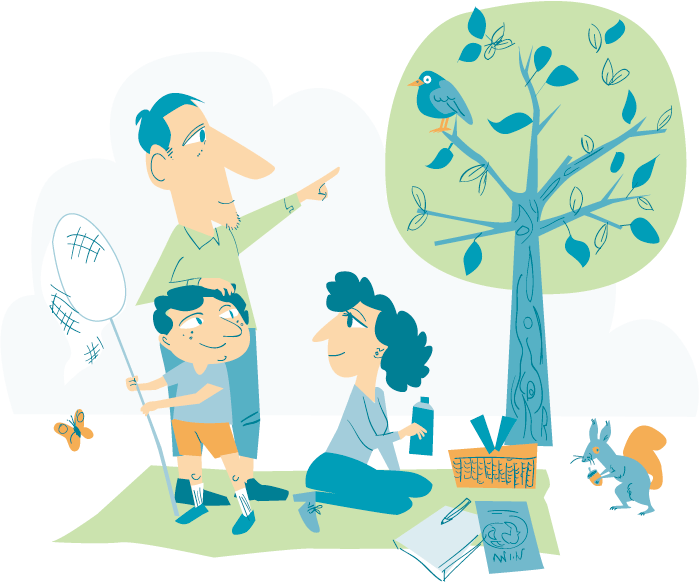 In Japan, when someone wants to know how old your kid is, they don’t ask you, “How old is your kid?” Instead, they ask you, “What grade are they in?” That shows, to me, how homogenous and structured the schooling system is in Japan. When-ever I get asked this question, I have to stop and think. I naturally remember how old my son is – anyone who has been through labour remembers the date – but I need to calculate when it comes to school grades. After that short, awkward moment comes the next question. “What school does he go to?” And here we go…

My kid is nearly nine years old and has never studied in a school. That doesn’t mean he doesn’t study, he actually likes studying and loves learning. We do what people call “unschooling”, although I am not very keen on labels.

When I reply that my kid doesn’t go to school, I tend to get a blank stare back. Doesn’t compute.

When our son was a baby, he loved books. So we read him books. By the time he was supposed to start school, he was already reading and writing, and speaking better Japanese than me (who was raised in Spain) and his dad (who was raised in England). So I never really worried about education. I just focused on spending quality time with him, listening to the things he had to say, answering his ques-tions, making time every day to play with other friends, to go investigate things in the park or at the library. By the time everyone else started school, I didn’t see the point in taking him. After all, I don’t believe in doing things just because everyone else does them. I took a good look at my little family and I was happy with what I saw, so why change it?

But social pressure always gets to you, especially in Japan where one is not supposed to stand out. All those blank stares made me think about some sort of structured education. So, when he was four years old I started home-schooling. That means that I found curricula on the web and created a school inside our house. We gathered textbooks and used the internet to learn about languages, the arts, maths, music, history, sports, social sciences. We would start in the morning with whatever subject attracted him the most and would study until he had had enough – sometimes hours later. We would stop for lunch and start again with another subject.

One of the best things about home-schooling was the flexibility to go on excursions whenever and wherever. When he was into arts, for example, we went to see every single museum in our city. We also had the liberty of being much more hands-on in every subject – I still remember the mess in the kitchen when we studied measurements.

Although I was loving the process, we stopped home-schooling after a year. I started to notice that my child, who had always loved to learn, was now trying to escape the classes. He still wanted to learn, but he didn’t want to study. That told me that something was not right. After the usual doubts and insecurities, I stopped listening to the voices around me and did what felt the most natural to me and my little family: we closed the school and started unschooling.

In the beginning, I didn’t even know it had a name or that someone (an educator of course) had established it in the ‘70s. I just did what seemed right: I forgot about the internet and curricu-lums, and looked at this like a holiday. We didn’t know how long it was going to last or if we were going to end up in school.

If you are curious about how un-schooling works, let me tell you about a typical day for us. We wake up when we have had enough sleep (we hardly ever use an alarm clock). We look outside and decide our day according to the weather (it is Kyoto after all). If, say, it’s nice outside, we’ll get busy preparing a healthy picnic and finding somewhere interesting to go. Kids are always into something, so we just need to find the right fit: an exhibition, a game centre, the river… Learning op-portunities are everywhere.

We don’t plan any lessons, we learn by living and talking about it, and listening. By observing my kid I have understood how he learns, so it’s easy for me now to give him what he needs. Most of the times he only needs access to his interests and he takes it from there. It’s not always things that I enjoy (like when he was interested in origami and was learning coordination and perspective through it) but education is not about the adult, is about the child. All I do is be there for him. I participate if he needs me to, and then I just give him plenty of time to follow his discoveries. I’m the adult, so my role is to give him the tools. But I can’t learn for him. Every child is different and they all learn in different ways at different paces. The trick is to adapt to that, so there isn’t one fixed system in unschooling, it depends on every kid.

After getting over the fact that my kid doesn’t go to school, next comes the obligatory question, “But how does he socialize?”

After all these years of unschooling, my kid is not more or less clever than other kids, but he certainly knows himself, is confident, and has very broad knowledge. He is probably more mature than the average kid, but at the same time he is more naive. His childhood is longer and for me that is a privilege. Let kids be kids.

As for my kid, I don’t know what he will do in the future, but I’m not worried. I think that if a person knows what they’re truly like from an early age, they will waste fewer years making mistakes. He may never go to university, or he may go and have to apply through different entry exams. Like me, back at university studying medicine at thirty-eight.

My goal as a parent is to help him become a great human being, someone with lots of resources and tools, some-one who will be happy.

And by the way, as I write this, don’t think that my kid is reading Einstein’s biography (although Einstein is one of his heroes). He is playing video games with his dad. And that’s fine by me.

sirkenrobinson.com/skr
Ken Robinson is a globally renowned pioneer in Education’s Revolution and has a number of recorderd talks on modern education available on the TED website. Just do a search for his name.
www.ted.com

yes-i-can-write.blogspot.jp
This is a blog by an adult girl who has been unschooled all her life. It shows a success story and provides interesting links.

holtgws.com
John Holt was the educator who advocated for Homeschooling and ended up taking a step further to invent Unschooling. His website has lots of information, links and books.

home-education.org.uk
This website has legal information on Homeschooling for British Citizens. For legal issues, it’s best to look according to the child’s nationality.

homeschooling.about.com
Lots of information and links to books and other websites.

Continue Reading
Advertisement
You may also like...
Related Topics:homeschooling, unschooling

Dine with the gods
Secret discoveries