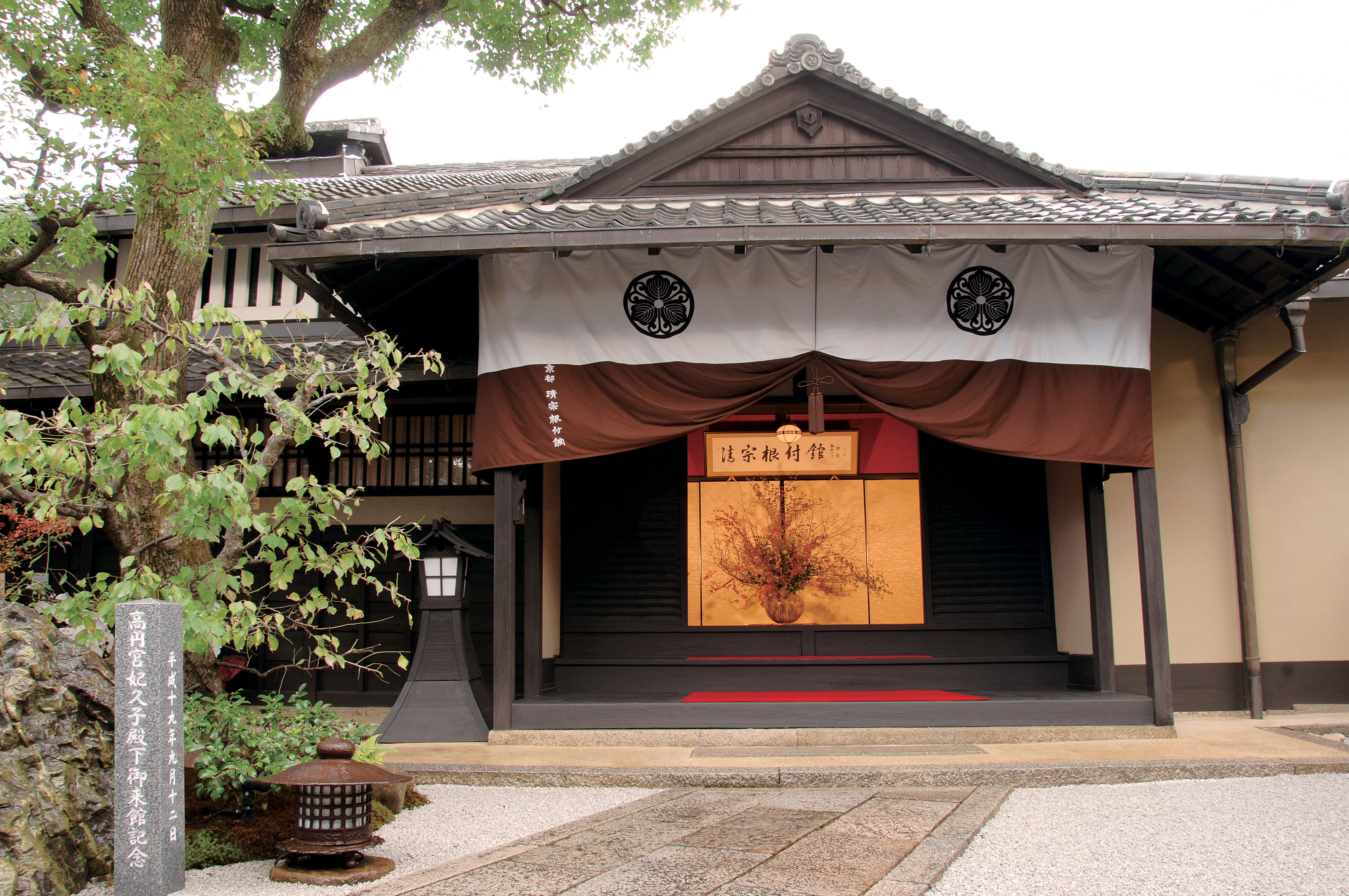 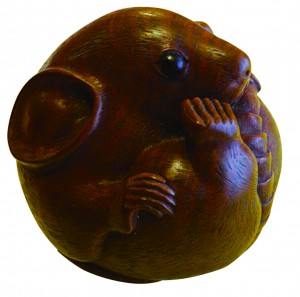 Say the word “netsuke” to a young Japanese person, and you’ll typically prompt either bewilderment or unwarranted confidence. “Oh! You mean this, right?” says one girl, showing me a red-nosed, bun-headed mascot hanging from her bejewelled mobile phone. Anpanman may be a modern-day Japanese icon, but the cutesy animation has little to do with the sculptural art of netsuke, which dates back to the Edo Period (1603-1868).

Literally meaning “root for attaching,” netsuke were necessitated by the absence of pockets in traditional kimono. They served as a kind of toggle to fasten inro — a pillbox used to contain items such as money, medicine or tobacco — to the obi sash encircling the waist. 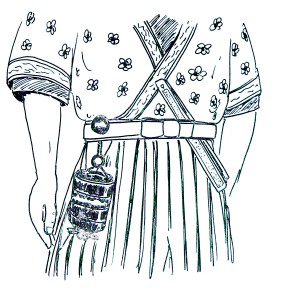 Far more than trinkets, netsuke are intricate miniature sculptures, each one a microcosm in the palm of your hand. Crafted from boxwood, ivory, porcelain, bullhorn and other materials, there is no limit to what they may depict: a heron protecting her egg, an imperial courtier eloping with his lover, or a scheming tanuki raccoon disguised as a Buddhist priest.

Far more than trinkets, netsuke are intricate miniature sculptures, each one a microcosm in the palm of your hand. Crafted from boxwood, ivory, porcelain, bullhorn and other materials, there is no limit to what they may depict: a heron protecting her egg, an imperial courtier eloping with his lover, or a scheming tanuki raccoon disguised as a Buddhist priest.

“Of course, the main reason why netsuke are virtually unknown today is that kimono are no longer a part of daily life,” explains artist Shigejo Ito. Yet, paradoxically, Ito is one of 150 artists continuing the tradition of netsuke in Japan today, in addition to several dozen across the globe. 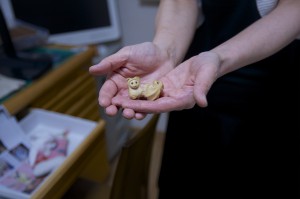 Tracing my thumb over the tail of a curled-up dormouse, I turn the piece until its dainty feet are revealed, along with the minute characters of the carver’s signature. This piece was made soon after Ito’s first encounter with netsuke, about 10 years ago. It was a life-changing event for Ito, who from age 30 had followed in her mother and grandmother’s footsteps as a carver of Buddhist statues. At a renowned workshop in Kyoto, Ito carved serene figures of two shaku (a traditional unit of measurement equating to roughly one foot), from a single block of sugi cypress wood. “It was at the exhibition of a carver called Yoji Yamada, who specializes in yokai mythical monsters,” Ito recalls. “He agreed to teach me, and my interest in netsuke, particularly antique pieces, grew and grew.”

Astoundingly, this dormouse is a copy from a book, the work of noted Edo-period artist Masanao, whose pieces recently fetched record-breaking prices of more than £160,000 at auction. The mouse is rendered in tsuge, or boxwood, long the wood of choice for netsuke carvers. Although incredibly dense — I can barely scrape the surface — tsuge’s tight grain allows for intricate details Ito says are “impossible to replicate using cypress”. 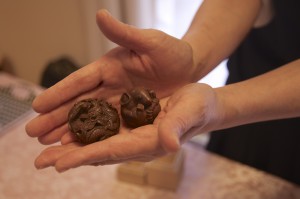 Once Ito began to dedicate herself full-time to the art, her next challenge was to find her own style. “My teacher would say, ‘Why are your pieces so boring?’” she recalls. While the ancient conventions of Buddhist sculpture carving continue to be strictly adhered to, in the world of contemporary netsuke, “making copies,” Ito asserts, “is taboo.”

Ito found this both liberating and pressurizing. It took one year to actualize her original creations, referring to books and the Internet for inspiration. She’s developed a penchant for carving animals; on her desk along with countless tools are printed images of the galago, the curious, wide-eyed primate from Africa. In fact, this is the subject of her latest work.

Working intently under a bright light in a cozy apartment in the Osaka suburbs, Ito is polishing an adorable pairing of this bushbaby along with a bat. Oddly, though, the figures are sitting, rubbing their heads. “I wanted to bring together two animals that wouldn’t otherwise meet,” she explains excitedly. “Here, they have literally bumped into each other.”

Despite the freedom of subject matter, some principles of netsuke carving have remained the same. Each piece is designed to be viewable from any angle, and to be called a netsuke, it must have a himotoshi, or channel through which to thread the beaded cord for suspending the inro.

Finally, after the painstaking work of carving and polishing, the netsuke are ready to be stained. But even this presents yet another obstacle. Traditionally placed in a heated dye composed of elements such as red iron oxide and alder nut, the netsuke are removed two days later and left to dry slowly in humid conditions. The risk here is that the colour may not have absorbed evenly, but even worse, that mould or cracks have developed in the process. “If that happens, there is nothing you can do,” Ito sighs as she recalls watching months of labour disappear.

Yet, despite such setbacks, the charm of netsuke still entices Shigejo Ito. Indeed, it is the perseverance of artists like Ito and the enduring appeal of this uniquely miniature art that fuel hopes of a future for netsuke. Sincere efforts to make kimono fashionable, particularly among young Japanese, may also spur regrowth of the “root for attachment”.

A keen craftsman from a young age, former jewellery maker Toun Shishido began devoting himself to the art of netsuke in 1997. As Kyoto prepares for the Gion Matsuri, its most important annual festival, Toun has dared to stretch the conventions of netsuke carving to create mini replicas of hokogashira, the impressive long handled sword that stands upon the giant decorative floats paraded through the streets.