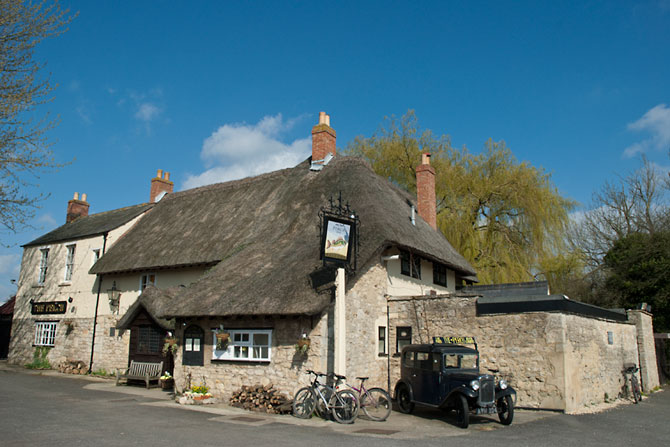 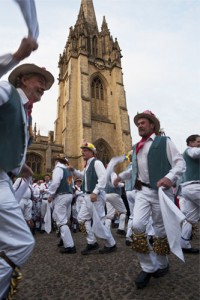 From a distance, across the hazy English countryside, few things are prettier than Oxford’s dreaming spires. The honey-coloured sandstone towers that reach up above the leafy valley seem delicate and unreal.

But Oxford is real enough, even with its many mythologies, its plural nature, and the vivid fictions that overlay it. It’s a funny place; a city made of many ideas that pushes against itself, forcing branches out along the Thames and Cherwell rivers, but manages to hold together as an incohesive whole. It has been said that Oxford – home of arguably the world’s most famous university – is not one city, but rather three cities that overlay each other: the academic institution, which is itself a kind of city; the modern, multicultural city, home to factories and theatres, hip cafes and Halal grocery stores; and the ancient English country town, with red-faced farmers in for Sunday roast in the pubs and game hanging in the covered market in all seasons.

I lived there once, and now, it’s difficult to separate nostalgia from regret when I think about the beautiful, storied city, set amidst the improbable kelly green landscape of the Thames Valley as it rises towards the low, rolling hills of the Cotswolds. Oxford is a city that keeps her secrets well, and every time I return there is something I have never seen before, a place I have never visited, a pub I have never tried. Fractal-like, even the University is more a federation of colleges and institutions than a cohesive campus. Up close, the warm stone buildings of Oxford University are abruptly angled, and on dark days loom menacingly. Up close Oxford has a lot of walls. Long before the modern city grew up around it, the medieval town was walled against the wilderness and wildness outside the gates, with the great colleges themselves walled within it and against it. Parts of the ancient city wall still stand, and the colleges are so fortified that from the roads no trace of the lush lawns and gardens inside are visible.

I have been behind them, though. Most are open to the public, and at prescribed times and for a fee you can walk the grounds and visit the chapels and dining halls and quadrangles of the great colleges. Magdalen, enchanting with its chapel and the Cherwell meandering lazily by, has its deer park, Christchurch its buttercupped meadow that stretches down to the Thames, and Worcester is so large that a small lake fits behind the ancient walls. There is an unstudied grace to the formal beauty of the lawns and gardens, manicured vegetation lapping up against the ochre Cotswold-sandstone buildings that span nearly a millennium of the best of British architecture.

My student connections get me in for social events, and I have been to the kind of formal dinners that I thought had died out a century or more ago – butlers ring dinner gongs, champagne is served before, port passed to the left after, and wine flows lavishly in between – and even, once, to a ball. Behind the walls, the often-closed gates, is an enchanted, privileged world.

It is no wonder that tensions between “town” and “gown” have historically run so high. Blood has been shed on both sides, most famously in 1355 when things came to a head, aptly, on St. Scholastica’s day. Despite the still-thriving Morris car factory (now run by BMW) that helped shape the city, and the multitude of cultures that converge there, modern Oxford seems compelled to try to prove itself as something more than a university town. Even now a kind of half-friendly rivalry hangs in the air.

The real centre of Oxford’s modern side is outside the university and off the tourist route. Its real heart is the Cowley Road: a stretch of low, unexciting buildings that house pubs and music venues tucked between Halal butchers, Middle Eastern grocery stores, bike shops, thrift stores, record stores and off licences that sell expired alcohol at cut rates. It has a gritty, alive, very nearly working class feel, though most of the moderately hip crowd are more likely to be junior editors at Oxford University Press than factory workers at East Oxford’s BMW Mini plant.

July begins on Cowley Road with the Cowley Road Carnival: a mix of spectacular hippy parade and music festival. The festival is a rowdy, inclusive event, with plenty of food, cheap beer, and truly excellent music. You can dance all afternoon to Oxford’s best new bands, and drink all evening in pub gardens. No-one cares which direction drinks are passed in. If this intentionally takes place after the students have finished soaking each other with champagne to celebrate the end of their exams and gone home for the summer or not, no one mentions it.

At roughly the geographical centre of the city is the pedestrian only Cornmarket Street. Now lined with mobile phone shops, chain clothing stores, and run-of-the-mill buskers, this was once the centre of town, where farmers brought in their harvest. The country town still penetrates the heart of the city, though it’s better hidden now. Tucked in just behind Cornmarket, game hangs – still fur coated – from the butcher shops in the Covered Market, and people come in from the surrounding countryside to shop, or have a fried breakfast or a meat pie at one of the many cheap and cheerful eateries.

Just outside the old city walls, where the Oxford Canal splits from the Thames, the countryside itself juts a promontory of green into the impressive terraced houses that make up Jericho. Port Meadow and Wolvercote Common, which blend into each other in a huge stretch of flood-meadow where cows and horses graze all year, is where all sides of Oxford meet. Even in poor weather, people from every walk

There are no direct flights from Kansai to the UK, but transit via Europe or Asia e.g. KLM (via Amsterdam) or Korean Airlines (via Seoul) are good options to get to London. From there Oxford is about an hour away by train or bus.

The best time to see the city in all its sandstone glory is Jul–Aug, but beware, the British summer can be fickle.

There are numerous good hotels and B&B options to be found online, but how about staying in the University itself? Rooms are available during the holiday periods. oxfordrooms.co.uk

Country pubs abound in the Cotswolds, and many offer excellent dining options. Of note are The Perch, The Plough and The Trout. 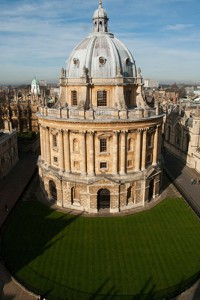 of life ramble across the grass. In summer, picnickers spread blankets and unpack hampers, and locals and tourists alike fill the excellent pub gardens at The Perch, The Plough, and The Trout, which mark the three corners of the green space, with accents and languages from every imaginable place.

New take on an ancient tradition
The beautiful game