Looking over his selection of delicious cakes, British-born pastry chef Peter Broadhurst shows he is a man who knows exactly what he wants, or rather doesn’t want, to cook. “My policy is that I don’t make Japanese-style British cakes. I make cakes like I used to eat or really wanted to eat in England.” And it seems that nobody in Osaka is complaining. Since opening his patisserie, Broadhurst’s, the demand for British classics such as Bakewell tarts, Victoria cakes, and summer pudding has increased every year. And Peter thinks that much of this success is precisely due to the strict authenticity of his cooking. “I am bringing the image of British cooking up to date, but at the same time keeping what makes it British.” 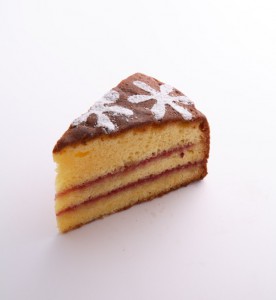 Authenticity is one of the charms of British cooking, which is brimming with dishes that haven’t changed for centuries. “The thing about British cooking is that it comes from amateurs cooking for their families,” Peter explains. While he admits that many of the dishes are simple, he is also aware of the irony that the more simple the cake, the better trained you have to be to make it well. “It’s a careful balance. You can actually risk making it too well. The simpler it is, the less you do to change it, the better it tastes.”

In the communities where most of Britain’s cakes emerged, many of the cakes were designed to be taken to work fresh and eaten soon that day. Treats such as lardy cake, bread and butter pudding, and scones are prepared using fresh cream, butter, and lard, which taste better when they are eaten on the same day. Peter is keen to continue this tradition. “All our cakes are made fresh,” he says. “We don’t resell anything the next day. We definitely don’t buy pre-prepared, packaged cakes either. We always use fresh cream and no vegetable fat cream… and definitely no margarine.”

While Peter is determined to keep his foods as British as possible, he also admits to loving European cooking techniques and happily using them when necessary to get the right taste. Originally trained in the UK, Peter discovered his love of desserts when he furthered his training in Switzerland. Outside of England, he found a new freedom by experimenting with the techniques of the French and Italian master patissiers. After returning home, he discovered that this mixed background meant his talents were in demand. “I worked at 5-star hotels, Michelin star hotels and the (worldfamous) Nadell Patisserie,” Peter explains. He even worked as part of the team that prepared Buckingham Palace’s famous banquets. “Her Majesty said she loved our team’s mandarin macaroons,” he laughs. “That was a good moment for all of us.”

The turning point came after Peter moved to Japan to work as a sous chef. One day, the famous tea company Lipton approached him about making some British sweets for a promotion. Using all the techniques he had mastered, he created delicious dishes that reflected modern British cooking while remaining true to its roots. The success of the event told Peter that the market for British cooking was there. “People approached me after the event, saying how much they liked the British sweets,” he recalls. “After that I opened Broadhurst’s.” 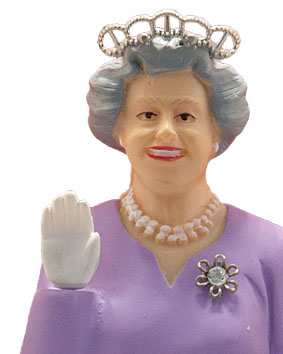 As the popularity of the patisserie grew, Peter realized that he could also use his shop to introduce Britain’s unique culture alongside its food. Most Japanese people aren’t familiar with British festivals, so Broadhurst’s began to offer a seasonal menu that included the traditional foods eaten at these events. One of his early successes was with parkin, a treacly oatmeal cake traditionally eaten at Bonfire Night to celebrate King James I surviving an assassination attempt. Similarly, Peter’s hot cross buns at Easter and puddings and mince pies at Christmas are equally popular even with people who don’t celebrate these festivals. “We make everything as authentic as possible, even down to the coin at the bottom of the Christmas puddings,” he adds, referencing a Victorian tradition where a coin was added to the puddings to invite riches in the following year.

While Britain’s rich culinary culture inspires Peter, he also has another passion that influences his cooking: British rock music. Take, for example, his “Oasis pudding”. Much like the ever-feuding, drunken brothers who make up the band, the dessert is made of opposing tastes (fig crème brûlée, chocolate mousse and, of course, alcohol) that combine to make something inspired. Then there is the “Weller”, named after the frontman of The Style Council. Much like the band’s ethos, the dessert is a down-to-earth combination of the simple flavors of rhubarb and custard put together in a novel way. This admiration is returned by the musicians themselves. Both Santana and Herby Hancock have asked the chef to cook them something special. “My son even got to go on stage with Santana after I cooked for him,” Peter reminisces. “I am not sure he knew who the guy was, but it was a special moment for me.”

In his gastronomic love letter In Defense of British Food, George Orwell lamented “As anyone who has lived long abroad will know, there is a whole host of delicacies which it is quite impossible to obtain outside the English-speaking countries.” Over half a century later, Orwell would have appreciated Broadhurst’s as a place dedicated to introducing the world to the finer side of British cooking. “I want foreign people to taste something they never thought they’d get in Kansai…

I think many people will find something nostalgic here, something that they loved from their childhood,” Peter explains, showing me some of my own favourite treats like banoffe pies, Dundee cakes and gingerbread. “At the end of the day, I want to introduce British items to Japanese people. I am glad to show everyone that British food is not just scones and afternoon tea served on doilies.” 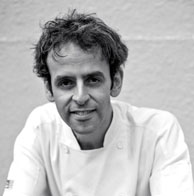