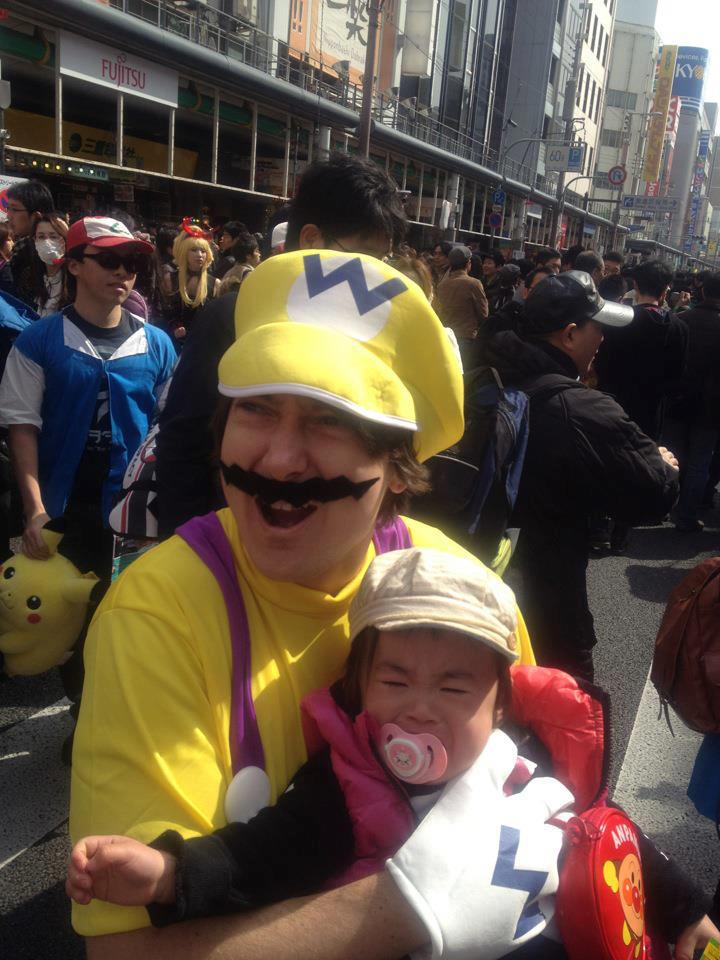 Denden Town will once again host what has become an Osaka otaku tradition tomorrow, as the Nipponbashi Street Festival celebrates its 10th anniversary. Whether you’re an enthusiastic cosplayer or just a curious onlooker, here’s why you can’t miss out on this year’s Festival:

1. Watch your favorite characters on parade
The Nipponbashi Street Festival’s main attraction is its parade, which kicks off with an opening ceremony at noon. The first group to march this year will be an official set of characters, which the event’s website asserts will shock you.

2. See Maid Idols at work
After the character parade, expect a horde of maid idols to head through Denden Town. This group will include both winners of this year’s Miss Pombashi Maid Idol competition and workers from local maid-themed cafes.

3. Get in on the action!
The rest of the parade will open up to anyone who wants to show off their cosplaying style and skills! With organizers estimating at least 300 cosplayers participating this year, this is sure to be a fun gathering for fans of otaku culture. If you want to participate, you should buy your participation wristband before the parade starts from one of the neighborhood’s designated sellers – the wristband also gives you access to convenient changing rooms.

4. Hear Osaka celebrities
Beyond the parade, there are tons of side events to check out. Although there are lots to check out, definitely don’t miss Yumi Hara’s performance. At 1 p.m. the singer, voice actress and Osaka native will appear on the live stage.

5. Like idol groups?
If you’re a fan of idol groups like Miniature Garden and Teddy’s Tandem, you’re in luck! They’ll be performing along with many others after 2 p.m. on the main stage.

6. Revisit “Fist of the North Star”
Manga series “Fist of the North Star” is celebrating its 30th anniversary this year, and what better place to reminisce about this ’80s classic than with your fellow fans at the festival? Besides themed booths and characters, there will be a presentation in honor of the series in the afternoon.

7. Enjoy a free DJ festival
If you need a dance break, the nearby BarGUILD and J.Bridge will be hosting a free DJ fest with sets running for nine hours starting at noon. If you’re looking for more, shell out 2500 yen for the venues’ idol showcase – the entry fee includes a drink.

8. Check out cool booths
Various local organizations will set up PR booths throughout the festival area, where you can learn more about the offerings of groups like Aruaru City, Namba Walk, Zenon Comics and Radio Osaka.

9. All-age events
This festival isn’t just for adults – besides enjoying the parade and stage events, kids can stop by Nihonbashi Elementary School to learn about tech projects from amateur radio to miniature race cars.

10. Take great photos
Even if you’re not a cosplayer or an idol fan, this festival is an amazing opportunity to photograph Osaka’s popular culture in action. This is a great chance to capture Osaka at its most vibrant.

The big men are back in town
Eggcelent family fun