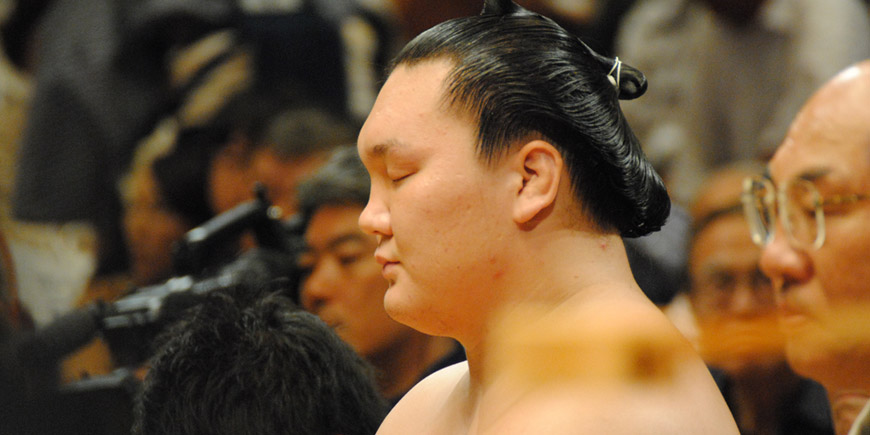 Barely two years have passed since the muscular Mongolian, Kakuryu, stunned the sumo world with his runner-up performance in Osaka 2012. His surprise feat meant that for the first time in professional sumo’s 250-year history, six men would occupy the second rank of ozeki. And yet, come the end of this year’s Kansai sumo meet, there might scarcely be any ozeki left.

Amid the chaos currently gripping sumo’s elite, Kakuryu remains a reassuring constant. Having stormed to 14 wins and another runner-up finish in January 2014, he is now top contender for elevation to sumo’s highest grade of yokozuna. A first ever championship in this year’s Kansai tourney might even seal his promotion in front of the Osaka faithful.

Japanese favorite Kisenosato may also vacate his ozeki position—but in the opposite direction to Kakuryu. Primed for yokozuna status in January, he choked spectacularly, posting so many defeats that he’s now in danger of demotion this time round. Mentally scarred and with a toe injury requiring attention, Kisenosato may finally find himself crushed by the weight of a desperate nation’s expectation.

The only ozeki certain to keep his rank this tournament is the roundbellied Kotoshogiku, who survived an almighty injury scare to somehow secure a winning score in January. Of the other three ozeki in 2012, giant Estonian Baruto retired, towering Bulgarian Kotooshu crashed down to the third rung, and athletic Mongolian Harumafuji became yokozuna 18 months ago.

Harumafuji’s stint at the top has been far from rosy, however. A worrying tally of losses last year, coupled with an injury ruling him out of January altogether, has left him a sitting target for censure. The first five days in Osaka will be particularly anxious ones for him, and may lead to upsets being caused.

While others toil, though, one man continues his unrelenting pursuit of greatness. This man is Hakuho, sumo’s senior yokozuna and winner of the Osaka tournament on five occasions. The majestic Mongolian will be aiming for his 29th top-division title this term, just three short of sumo’s all-time record set by the legendary Taiho.

As ever, the excitement will not only be confined to the top ranks, with rising Japanese star Endo and Egyptian powerhouse Oosuna-arashi looking to cause some upsets from lower down. Local crowd favourite Goeido and Japan’s other hopeful Takayasu will also strive to impress with their vast technical armoury.

Tickets can be purchased directly from the Bodymaker Colosseum, from ticket machines in convenience stores such as Lawson, or from the website: sumo.pia.jp/en/sumo03.jsp. Five hundred cheap tickets (¥2,000) will be on general sale at 8:30am every matchday, and fans should arrive early to avoid disappointment. Queuing is not advisable at weekends when huge early-morning throngs gather. Fans may enter the arena at any time during the day, and—for maximum enjoyment—should arrive before the spectacular ring entrance ceremonies at 3:45pm.
[/box]