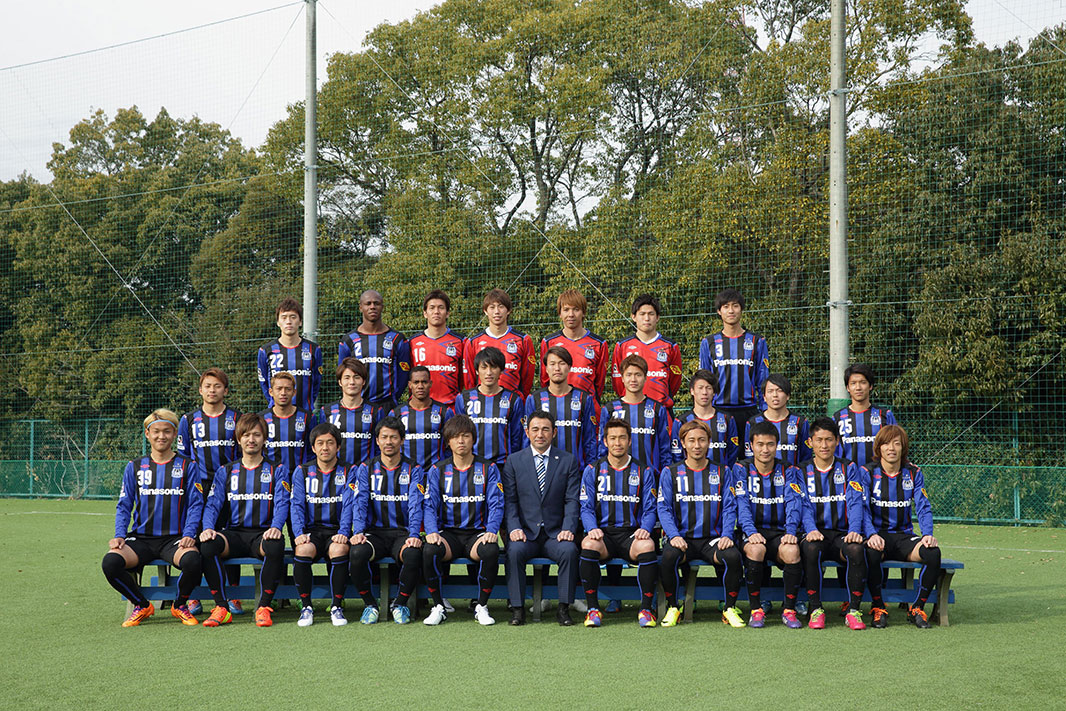 Recent developments in Kansai’s “big” four teams will have you at the edge of your seat. As Champions of J2 in 2013, Gamba Osaka returned to J1 at the first attempt and have bolstered their defense by signing Masaaki Higashiguchi, a fringe national team goalkeeper. (When Gamba were relegated in 2012 they were J1’s highest scorers, showing just how badly their defense needed bolstering.) With this latest overhaul, which also includes a new Brazilian defender and centre forward, and some bright stars rising through the ranks, the future again looks bright for this aging team whose past glory includes winning the Championship, Asian Champions League and Emperor’s Cup under former manager Akira Nishino.

Vissel Kobe have added a few players, too, as they followed Gamba back up to J1 at the first attempt, after relegation in 2012. Principle among the incoming is 38-year-old Marqunhos who could be a goalscoring phenomenon, as he was at the beginning of last season with Yokohama F Marinos, or who could struggle, as he did in the latter half of the 2013 season! It’s a huge investment for Vissel Kobe, and quite a risk. Pedro Junior, ex-Gamba Osaka, also arrives from Jeju United in Korea, while Vissel have kept hold of some promising youngsters as they look to re-consolidate in J1.

Cerezo Osaka have made the biggest splash of the coming season by signing world-class striker Diego Forlan for an astonishing salary package. The club also parted ways with Brazilian manager Levir Culpi and took on Serbian Ranko Popovic. The pink half of Osaka could well find they have a dark horse in the race for the Championship this season, although any team with the talent of Forlan combined with local stars may possibly not qualify as an outsider! Unfortunately many of the established youngsters at Cerezo are rumoured to be on the radar of overseas clubs and any could move in the summer when the European transfer window re-opens. It could be a season of two halves for the team!

Kyoto Sanga missed out on promotion last season only in a play-off against Tokushima Vortis and will be looking to grab a J1 spot for 2015. The biggest moves for Kyoto are probably keeping hold of young players like Takumi Miyayoshi, Yoshiaki Komai and Yuta Ito, while sealing a full transfer— after a season on loan from Gamba

Alan Gibson is editor of JSoccer Magazine— Japanese Football in English. Get it online at jsoccer.com

KS readers can get a FREE PDF of an issue of JSoccer Magazine. Check out what’s available at jsoccer.com and mail alan@jsoccer.com with your choice. Just mention KS special offer!

Tickets to the games

Tickets are available for all J.League games at convenience stores like Family Mart and Lawson up to the day before the matches. Ticket prices vary depending on where you are in the stadium.
• ¥1,500: seats behind the goals, where the real action is among the fans.
• ¥2,000–3,000: seats in the back stand (the far side from the team benches) or on the sides of the main stand.
• ¥4,000-¥5,000: best seats in the house in the central parts of the main stand.

Games played at Banpaku, a special matchday bus ride from JR Ibaraki, or at Koen Higashiguchi Station on the Osaka Monorail.