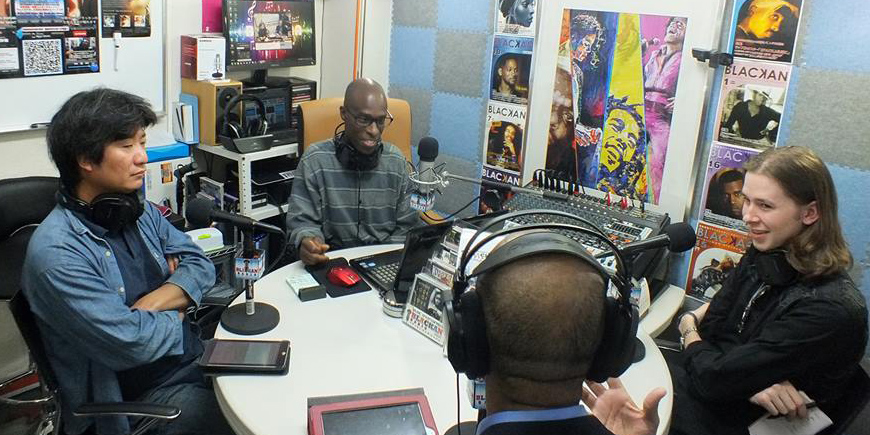 To make it in today’s market, musicians have become multitalented media manipulators, spending as much time maintaining twitter accounts and online profiles as actually recording. In this new style of promoting, internet radio is becoming increasingly important. As the dominant internet station in the Kansai-area, Blackan has shown that there is a big audience for digital radio. In a world where internet hits can make or break an artist, the station commands the level of attention that can build a career. Their recent interview with the artist Elliot already has over 120,000 hits on YouTube and the top 15 most popular broadcasts have a minimum of 100,000 views each. 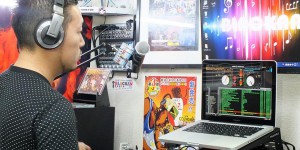 This level of success is the result of nearly 10 years of hard work. Blackan is the latest incarnation of the company KCC which specializes in promotion and music. Starting off designing flyers and name cards, the company then expanded into creating magazines. Their popular magazine, Kansai Events Pocket Guide featured articles on upcoming events, industry issues and clubbing. After years of writing about music and making connections, KCC expanded into radio shows in 2011. The show was named Blackan as a compilation of the words for their inspirations, BLACK music and KANsai. Although Blackan started with predominately black sounds, the station represents all genres of music, including drummers, pianists and a monthly Latin night.

“We always try to make the show about the artists and their music,” Louis ‘Jaja’ Boston, the CEO of KCC explains. “The shows are 30 minutes of discussion; 30 minutes of live music. We talk about all kinds of things: how they got into making music, who influenced them and how their style has evolved.” Boston is also keen to stress that the company is interested in the unique issues that affect music created by foreigners in Japan. “We are interested in how artists can uplift themselves and get through barriers… We also ask how foreign music is changing the music scene in Japan.”

As a company like Blackan grows, the most important concern has become attracting a higher calibre of celebrity without losing the core values that define the brand. This has resulted in a unique situation where interviews with local legends like Shingo Nishinari, Joseph Nkosi and Alicia Saldenha are transmitted alongside international celebrities such as Black Uhuru, Baby Chris and Obama’s favourite artist Warrior King. “My aim is to get all these artists ‘out there’,” Boston says.

Exposure is one of the key things that attracts artists and as a result KCC is always keen to use technology to increase its brand awareness. Recently, an official Blackan Radio app was launched, so listeners can access the show anywhere. “When we do a live show it all goes to Ustream so you can watch it live. We also use YouTube, tunein radio and facebook, so you can listen to a show anywhere,” Boston says. He is keen to point out that digital media offers chances for promotion that are unique to the medium. “Lots of musicians don’t know how to promote themselves. If you are a musician, there’s always something going on here that will help you gain exposure. So any musicians and promoters out there should contact me.”

Blackan shows are available through:

It’s up to you!
Bringing HOPE to those in need