Anyone who spends most of their time in Osaka, Kobe, or Kyoto during the cold winter months may be forgiven for thinking that snow is an extremely rare occurrence in the Kansai region. The shallow and relatively balmy Seto Inland Sea has a warming effect which, when combined with the heat of the cities, means that even a covering of early-morning frost can be quite a rare sight in the heart of our urban areas.

However, Kansai does have a wintery side, perhaps not quite on a par with the frozen, blizzard-battered landscapes of Tohoku and Hokkaido, but from mid-December through to mid-March and beyond, some of the more rural and mountainous corners of the region experience significant snowfall. Shiga prefecture is most well known for Lake Biwa, the largest freshwater body in Japan, and small touristy places such as Hikone where visitors can marvel at the splendid castle (designated as a national treasure) and lakeside views. But Shiga is also home to some of Kansai’s largest and most beautiful mountains, which thanks to the frigid weather systems sweeping down from the Sea of Japan, results in large dumps of snow during the winter months, and this has led to a proliferation of ski resorts around the prefecture. 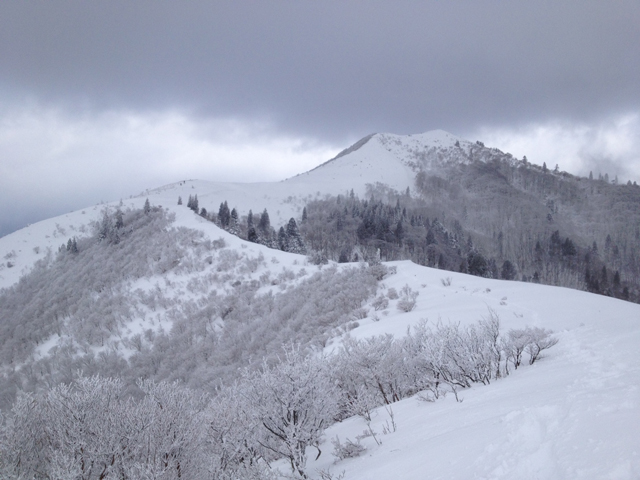 One of the most popular is Biwako Valley, close to the city of Otsu at the southern end of Lake Biwa. Only 40km from downtown Kyoto, Biwako Valley offers a multitude of slopes, good powder, and superb views, and the conditions are usually best from the beginning of January through to late March. To get there, take a train to Shiga Station, from where there is a bus to the ropeway which whisks people right up the mountain and straight onto the slopes.

The Hira Mountains dominate the western shores of Lake Biwa, and there are a number of ski resorts with easy access from Osaka and Kyoto in the area, including the well-known Hakodateyama. Further north and close to the border with Fukui, the Makino Highlands and Kunizaki Snow Park are particularly susceptible to the snow-heavy influence of the Sea of Japan meaning great conditions for skiing and other winter activities.

For those not into hurtling down snowy slopes at breakneck speeds, there are a number of other places to go to get a snow fix. Looking somewhat like a mini Mont Blanc, Mt. Ibuki is the highest peak in Shiga, a great lump of a mountain halfway up the eastern shore of Lake Biwa. At 1,377m, Ibuki is one of Japan’s much lauded hyakumeizan (100 famous mountains) and is a popular destination for hikers throughout the year, the scenic flower meadows and stunning views drawing the crowds (many people drive to the top!) in the summer, whereas the colder months attract winter mountaineering enthusiasts from across Kansai and nearby Nagoya. In fact, in February 1927 the world’s highest ever recorded snowfall was reputed to have fallen at the summit, measuring a depth of 11.82m. Unfortunately, due to global warming, snow levels have gradually decreased over the years, and the ski slope on Ibuki’s lower flanks finally closed in 2011.

But, for winter hikers, the mountain provides a decent challenge (there is an avalanche risk, particularly at the tail end of the season) and the upper levels are steep and still receive a deep covering of snow, so only those with the correct equipment and experience should attempt the three-to-four-hour climb to the summit during the winter. Get there by taking a rapid train to JR Maibara Station and changing to a local train bound for Ogaki. Ride two stops to Omi-Nagaoka, from where you can take a bus to Ibukiyama-tozanguchi and the start of the hike. Also check out Oku-Ibuki ski area which is located to the north of the famous mountain, and is one of the largest resorts in the region, with plenty of slopes for beginners and experts alike. 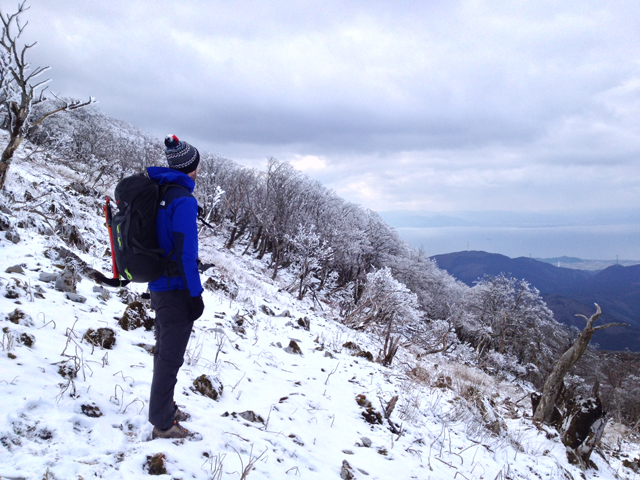 Just south of Mt. Ibuki is another impressive mountain going by the name of Mt. Ryouzen, and this somewhat less well-known peak also offers great hiking and a beautiful snowy summit. Lying at the northern end of the Suzuka mountain range, Ryouzen is a mountain for the connoisseurs, as its remote location and slightly difficult access mean that many of its trails remain relatively free of people, especially in the winter. For this reason, anyone attempting it must have all the right equipment, maps/GPS and experience. Most people drive to one of the trailheads by car, but it is possible to go there directly from Samegai Station (although this involves a long walk up a tarmac road), and being a long hike anyway, an early start is imperative. 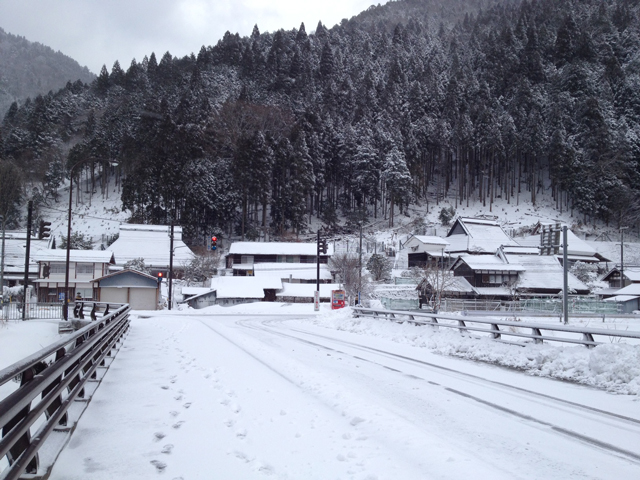 Another great spot for some winter snow is Mt. Bunagatake on the western side of Lake Biwa. This is a majestic 1,214m mountain, popular throughout the year, with a fairly direct (and steep) approach from the small and snowy hamlet of Bomura, from where it is a four-hour slog to the summit. In the winter, most people descend back down the same way, but there a number of other trails peeling off in all directions, so there are plenty of options for the adventurous. However, once again, this is not a mountain to be taken lightly, as it is a long climb in sometimes meters of deep snow. There are infrequent buses to Bomura from Kyoto’s Demachiyanagi Station (Kyoto Bus 10), and even if you don’t climb the mountain, a ride on this bus will let you enjoy picturesque views of this sleepy snow valley.

Tom Fay is the author of Must-See Japan
>>thomasfay.com/must-see-japan

A Night Under the Dome
All I want for Christmas is… something weird.