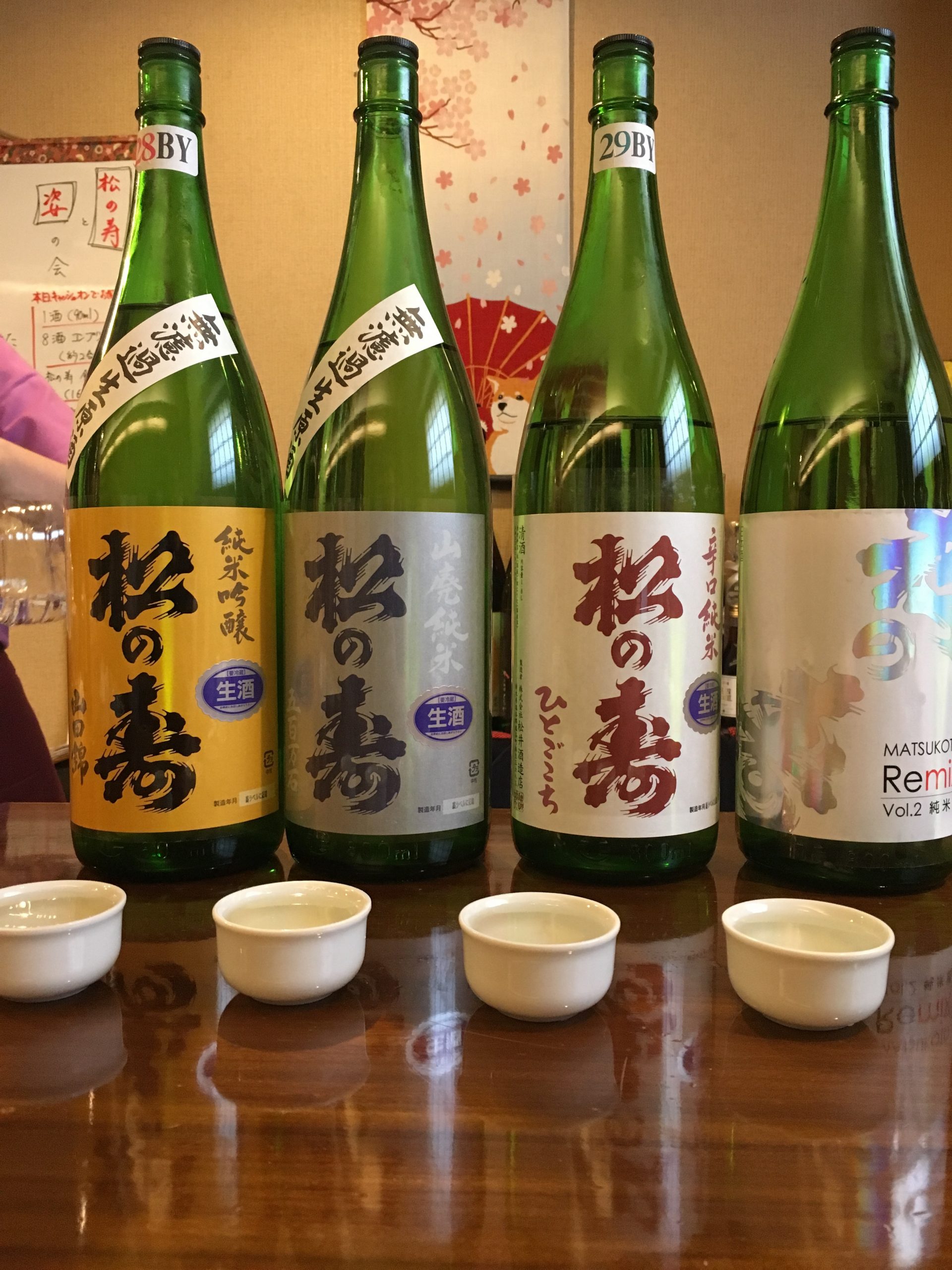 Familiar with Japan or not, you will likely have encountered sake, the national drink better known as nihonshu. But despite the ubiquity of sake (yes, nihonshu or seishu are the technically correct terms, but sake is the more generally used term) in Japan, it is still a widely misunderstood and objectively poorly communicated part of Japanese culture. The world of sake may seem difficult to navigate at times, even for Japanese drinkers, but it needn’t be so.  And regardless of how long you stay in Japan, to miss out on the pure deliciousness of sake would be a terrible waste.

In this inaugural column demystifying the fundamentals of sake, we take a look at what you might see on a sake label and what it tells you about the flavor profile, quality and more. Arm yourself with this guide and buying your first bottle of sake in a store or ordering in a bar will be a breeze!

One of the main hurdles to understanding sake labels (aside from the calligraphy) is the grade. Sake is categorized into several production grades, which can then be further categorized according to certain techniques and processes.

But first, how are production grades determined? Without meaning to oversimplify, these are mostly dependent on ingredients used and the milling ratio of rice (seimai buai). At one of the initial stages of production, the outer layers of the rice used in the sake are milled away to remove fats and proteins that can produce “off” or undesirable flavors. This process allows the brewer to get closer to the starchy center of the rice where all the good stuff is. Incidentally, all rice is milled, even the rice we eat usually has about 10% of the outside removed before consumption. This process gives us a cleaner, lighter and—due to obvious expenses in reducing the volume of rice—a more expensive sake. It does not make unequivocally better sake, however. This remains subjective and up to the drinkers’ preference.

The sake many would have encountered in convenience stores or supermarkets in cartons or packs often falls into the category of futsushu or regular table sake. Any milling rate is permitted, as are additives such as sugars and acid enzymes.

But here at Kansai Scene we’re naturally more interested in premium end sake. Premium sake is made up of three or four basic ingredients: rice, water, yeast, koji (a type of mold propagated onto some of the rice to enable fermentation) and in some cases, a small addition of distilled alcohol.

You can usually find two percentages listed on the front or back label. One refers to this aforementioned seimai buai percentage—how much rice was milled down. This number is important because you can tell what grade of sake it is, as follows:

本醸造 Honjozo (“True brewed” style) 70% or below. This means that at least 30% of the outer layers of rice have been removed.

吟醸 Ginjo (Premium grade) 60% or below. This means at least 40% of the outer layers of rice have been removed.

大吟醸 Daiginjo (Ultra-premium grade) 50% or below. This means at least 50% of the outer layers of rice have been removed.

That’s right: the figure shown will be the percentage of rice remaining after milling. In other words, if the label indicates 55% that would mean 45% of the outer layers of rice were removed, qualifying the sake for ginjo grade (but not daiginjo).

Another prefix of note that you may see attached to a premium ginjo or daiginjo, or even on its own, is junmai (純米. This term has nothing to do with milling limits; junmai indicates that there were no additions of brewer’s alcohol in the production process. In a honjozo, and un-prefixed ginjo and daiginjo grade-distilled alcohol may be added in the final stages of the brewing process to draw out aromas and lighten body. Contrary to popular belief, this does not fortify the sake—in fact, most sake is diluted with water to bring the alcohol content down to an average of 16% ABV— and the amount that can be legally added is minimal and strictly regulated, so don’t be fearful of the rumored impurity or the nonsensical claims of a more severe hangover from this type of sake!  Distilled alcohol can be added in more generous amounts in futsu-shu though, so this is where some of that confusion stems from.

This brings us to the other percentage figure you’ll see on a sake bottle, and this is for alcohol content. Sake generally sits in the 15-19% range with occasional variances, which not quite as high as many think.

Without the benefit of us all having a tasting flight of sake in front of us to compare various styles, the best we can do here is generalize with regards to what kind of flavor profile you can expect from these various grades, but here is what to expect:

Honjozo sake tends to be a simple, straightforward type sake without much complexity. They are occasionally a touch fruity which makes for easy drinking.  Meanwhile, junmai sake often leans toward being a bit more rice-driven (which figures, since it is purely rice and water). They’re not usually on the fruity side and tend to have a little more acidity. Both of these styles match well with various foods, whether edamame soybeans or cheese, and are perfect for casual drinking when conversation and food is more important than booze appreciation.

Ginjo and junmai ginjo take things up a notch in the fruity department. They’re often a bit lighter, more elegant and lower in acidity. Personally, I think these styles are good to start with so you can gauge whether you want to delve further into aromatic styles or lean more towards earthier flavors in your sake instead.

As we move up to daiginjo and junmai daiginjo levels, we hit perfumed, floral aromatics and a light, delicate body: Perfect for before or after a meal, but maybe a little distracting during.

Other details you may spot on a label, specifically the back label, may include the rice and yeast variety used, serving temperature recommendations and sometimes acidity levels. Generally speaking, acidity levels are nothing to really concern yourself with. These are measurements that are far more pertinent to the brewer than the drinker, but sometimes they’re on the bottle nonetheless. The sake meter value or nihonshudo (日本酒度), on the other hand, gives you an idea as to how dry or sweet a sake may be. Generally speaking, the higher the number, the dryer the sake will be (or more specifically, the lower its glucose density). Around +3 is average. Below zero indicates a certain level of sweetness and anything above +8 you can expect to be on the dry side.

Remember, these are generalizations and there are exceptions abound. Check out the additional word list below for some other more common terms you may find scribbled across the front of a sake bottle.

Applied to honjozo or junmai where a recognized sake rice is used and/or milled to a level higher than required for the grade. Or it could be something else…..

Rough pressed, leaving rice chunks and lees in the sake. Milky in appearance.

An old style brewing technique where wild bacteria play a role in the early stages of the brewing process. Often funky and gamey in flavor.

Similar to yamahai but with a more labor-intensive method used. Often high in acidity and gamey.

Julian Houseman has been living on and off in Osaka as a liquor industry professional since 2000, with a focus on sake. A Certified Sake Professional as well as Kikizake-Sake Sommelier, Julian has been involved in sake imports in Australia as well as knowledge training, tasting events and guided food and sake tours in and around Osaka, in addition to translation services for sake breweries and restaurants. Julian is a regular contributor to Sake Today (the world’s only English language sake-dedicated magazine) and is also Chief Editor at Sake Industry News, an online subscription-based newsletter reporting on the latest happenings in the sake industry. As of 2018 Julian has held the position of contest judge and ambassador for the Concours Mondial De Bruxelles Sake Selection.

Five Kyoto Cafés to chill in this Summer