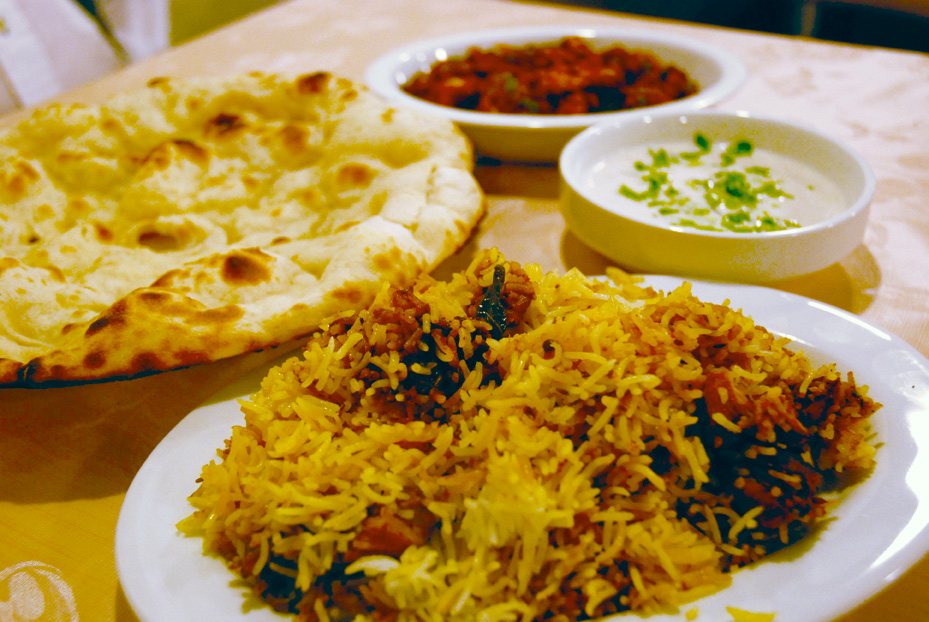 Serving up an aromatic masala dish with a circle of naan, Ali Zaidi asks, “Is this your first time to eat brain?” I admit my status as a neuro-gastral debutant and tuck into his signature dish.

I’m at Ali’s Kitchen, and no name could be more suited to this new Osaka restaurant. Ali is its heart and soul, and he’s passionate about what comes out of the tiny kitchen, past the three-seater bar, and on to one of the seven tables

The space is cozy, but roomy enough to include a stage for belly dancing on weekend nights. The lighting is subdued and the walls bear writings in Arabic. Ali’s parents divorced when he was seven and he grew up spending half the year in Abu Dhabi and half in Pakistan. It was this experience, he says, that lead him to cooking. But the restaurant trade was not what brought him to Japan. His first job here was as a network manager in Tokyo. Ten years later, after a move to Osaka, and time spent working in a music studio and teaching English, he opened his first restaurant.

“I’m a jack of all trades,” he beams. “But master of cooking!” The menu at Ali’s Kitchen, his second restaurant, justifies the claim. There are well over 100 items to choose from, including both Pakistani and Arabic dishes. Biryanis, tandoori, tikka and daals share a menu with hummus and baba ghanoush. “That’s nothing!” says Ali. The menu at his former place ran to 635 selections. Regular guests would come each week, trying to eat their way through it.

I ask where his recipes come from. He just taps his forehead and smiles. He says it’s hard to get some ingredients in Japan, but he’s adamant that his food must be authentic so he has his brothers in Dubai and cousins in Pakistan send over his spices.

The most important proof of Ali’s mastery is, of course, to taste his cooking. The masala is a sensitively orchestrated symphony of spices supported by vegetable notes around that main ingredient. And what do goats’ brains taste like? Even if you have no desire to find out, there are still more than a hundred tantalizing reasons to dine in Ali’s kitchen.

This month is an especially good time to visit because it is the season of Ramadan. After sunset, Ali will serve the cultural delicacies that mark that time in the Middle East.

The fizz biz: how pop’s growing up
Absinthe Makes Our Hearts Grow Fonder