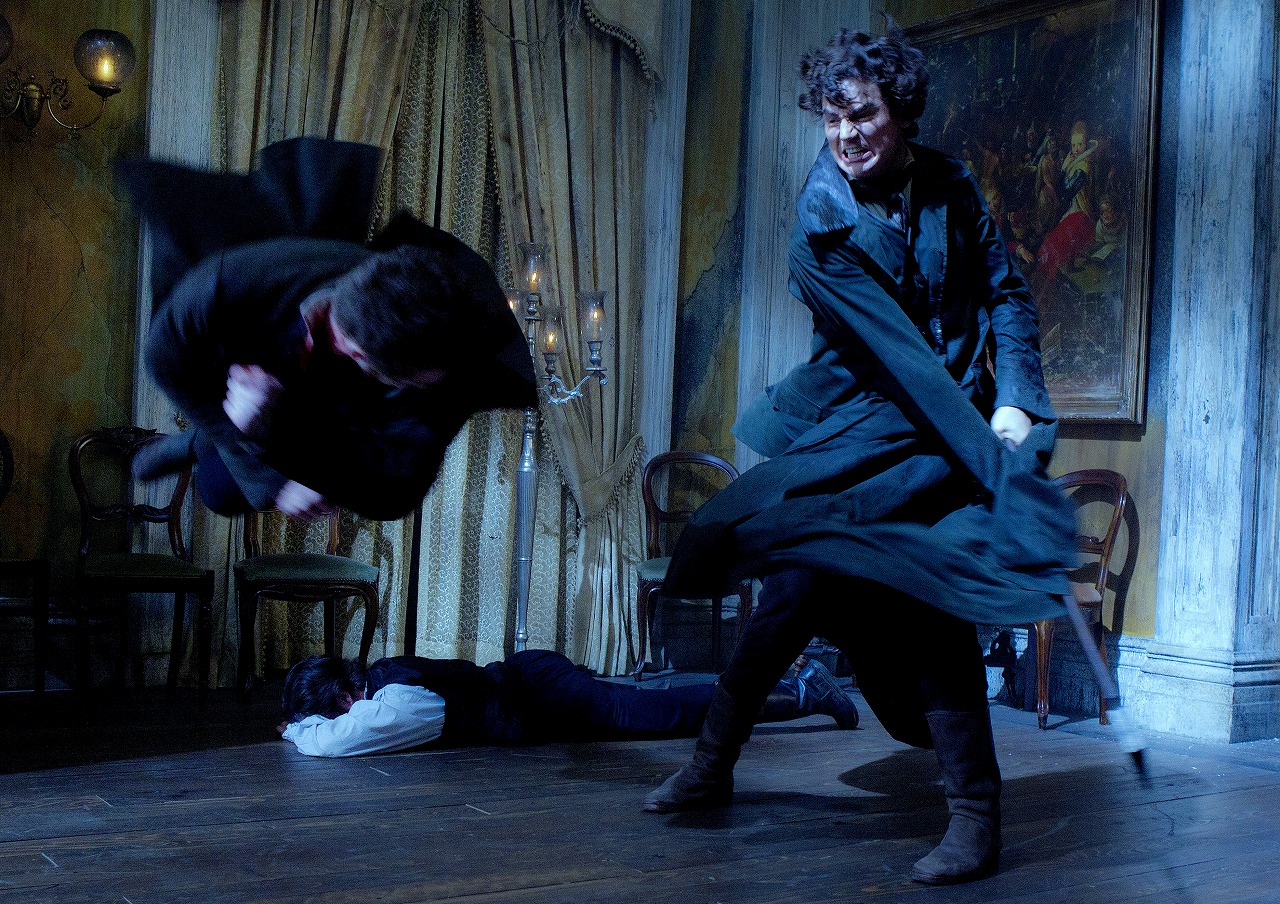 Nov 1
When it comes to war, it can be hard to tell the good guys from the bad guys. Everyone has a weapon and a reason to win – so whose side should we be on? Here’s one movie that makes no bones about who the baddies are, by rewriting the books to turn them into vampires.

Before we get into the vamp side, a history side lesson for non-Americans. Back in the 1860s, as newly elected President Abraham Lincoln moved into the White House, America was torn apart by civil war. Northern and southern states were firmly divided over slavery. The north was against it, but the south didn’t want to take orders from the north, so the states there formed their own group, the Confederacy. The confederate men were outnumbered and overpowered, but it still took four years and thousands of lives for the US to become one united country again. Got it? Great. Now let’s close the history book and fling it out the window, because this movie is based on an alternative universe, where Honest Abe wasn’t just fighting slavery, but bloodthirsty vampires.

It all makes more sense when you know the director at work is Timur Bekmambetov, famous for action flick Wanted, but also for bringing vamps chillingly back into focus with his Night Watch and Day Watch movies. Tim Burton lends a hand as producer, which makes this an intriguing gothic mix of stylish action and genuinely creepy bloodsuckers. There are no sparkles here, but plenty of brutal vamp-slaying.

Abe of course has the signature whiskery beard, stovepipe hat, swooshy cloak and – oh yes – a shiny axe that, after some training, he can twirl like Bruce Lee handling nunchucks. But we get to see a sad childhood memory before he turns into that powerhouse – a nasty vampire kills his mother. Abe wants revenge, but after he gets it, he learns there are lots more bad guys out there to defeat. Trainee lawyer by day, vamp killer by night, he slowly works his way up to the White House. But the vampires aren’t gonna take it lying down in their coffins. They’ve teamed up with the Confederate army to strike back.

Relative newcomer Benjamin Walker plays Abe with brooding sincerity, but the plot is a little more tongue-in-cheek playful than an attempt at a serious history lesson. That’s made it a mixed hit with audiences, so go with an open mind and let the action suck you in.