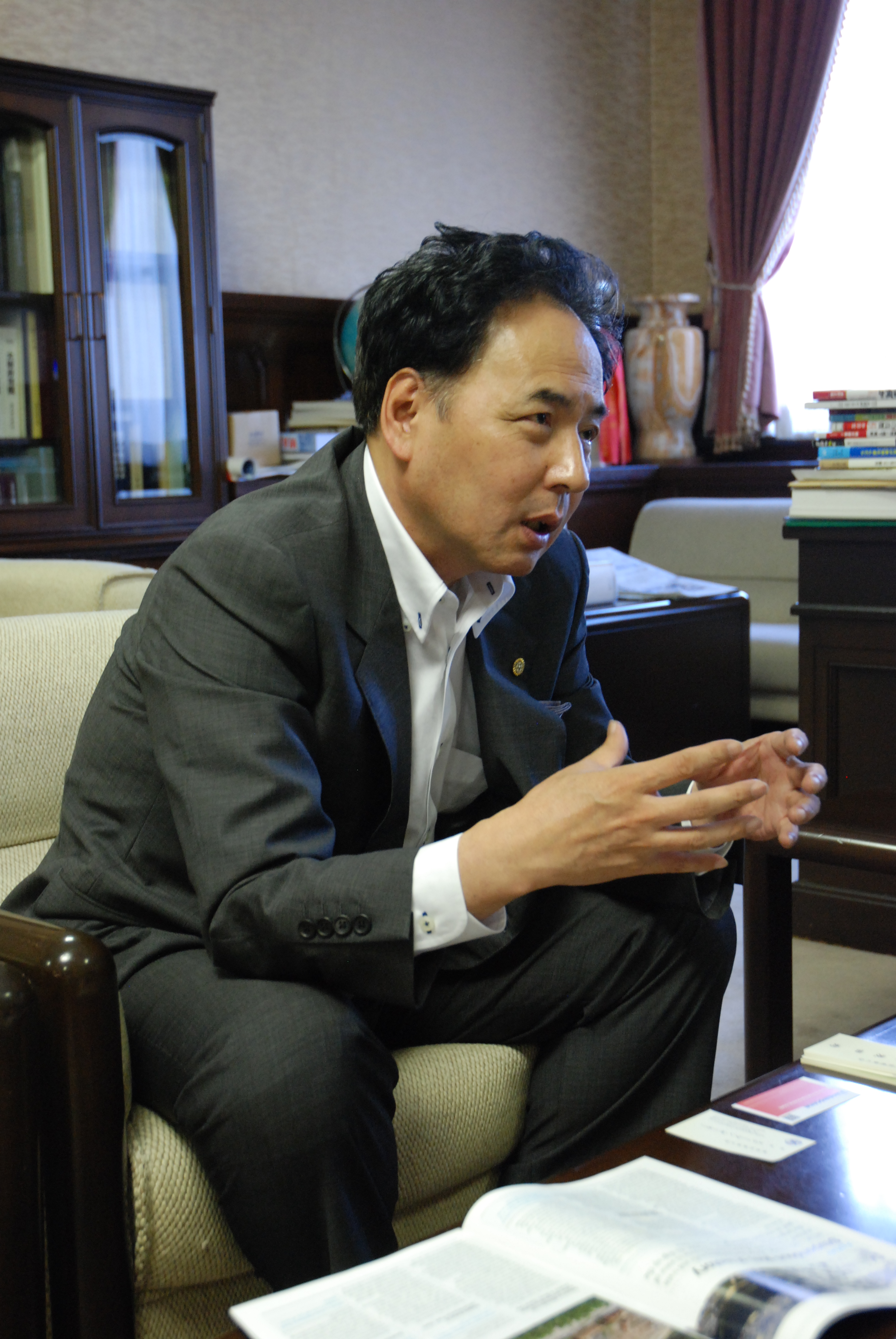 If you live in Kansai and consume news, you’ll already know that Toru Hashimoto has a new party. Nippon Ishin no Kai (Japan Restoration Party) is the only national party that’s not based in Tokyo, and its members want to change the way Osaka and the whole of Kansai are run.

KS spoke to Hitoshi Asada, Chairperson of the Osaka Prefectural Assembly and Chief Policy Architect of the Osaka Ishin no Kai, about the party’s goals.

KS: What’s the purpose of the Japan Restoration Party?

Hitoshi Asada: The main purpose is to revitalize Japan’s economy by revitalizing Kansai’s economy. We’ll start by unifying our government. Osaka is the second smallest prefecture among 47 in Japan. Yet in such a tiny land, we have two big authorities: the Osaka Municipal Government and the Osaka Prefectural Government. So we have a mayor and a governor and they have almost the same authority. For example, the municipal government has its own city planning authority, but so does the prefectural government.

Sometimes these two leaders are heading in the opposite direction, and that causes problems. Not just for city planning but for places like hospitals, libraries, universities, those important places.

KS: How will unifying Osaka this way benefit citizens?

Asada: By our calculations… if we can unify these authorities, we can save up to 300 billion yen. We can invest that money in future planning, or use it to reduce tax, many kinds of things.

KS: Any initial ideas on how the money might be spent?

Asada: Now, Osaka is divided into 24 wards with branch offices. We want to give money and power to those branches. Actually, we’d like to divide Osaka into just eight or nine wards, and have the residents elect their own ward mayor.

KS: How long will this kind of plan take?

Asada: We’d like to launch this new structure for Osaka in three years’ time. But we’ve already established a committee to discuss public services provided by the municipal government. For example, the water service suppliers. It’s more efficient to have just one supplier for the city. This is the kind of thing that directly affects people’s everyday lives.

KS: What other plans do you have for Osaka?

Asada: We’re also thinking about reducing the tax rate for companies. Currently they pay something like 40%, which is the regional level. If we reduce taxes, it will encourage more investment and growth.

KS: What about bigger plans for the party?

Asada: Our final goal is to establish doshusei, which is how things work in Italy. There are three layers of government: national, which is ruled by the head of state, regional and municipal. We want to merge Hyogo, Kyoto, Osaka, Nara, Wakayama and Shiga into one government, which will take care of regional matters instead of our national government. It would create one Kansai. The national government would still take care of foreign policy, national defence, macro economy, currency and so on. But on a regional basis – we will make decisions for the region. However this is still just the vision, we haven’t opened up discussions with those governing bodies yet.

KS: Why did you choose the word ‘restoration’ as part of your party’s name?

Asada: The Meiji restoration was a great age of Japanese modernization. We wanted to have the same feeling, that great change is coming for Kansai.