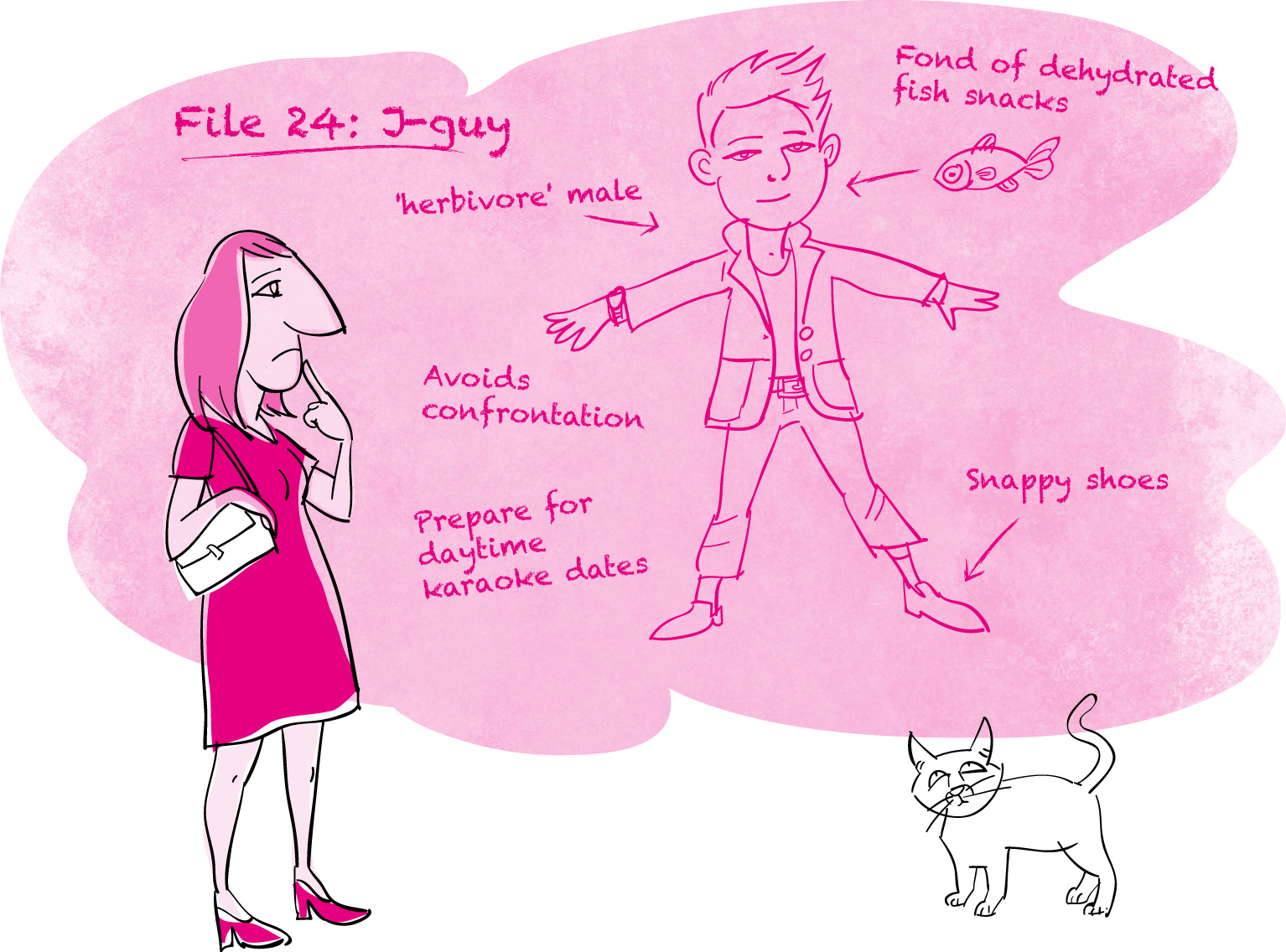 To be honest, I didn’t come to Japan looking for a boyfriend. When I arrived here a year and a half ago I actually had a boyfriend back home in London. When I realised the relationship wasn’t going to work, we broke up and I ventured into the Japanese dating scene, just looking for some fun. I met my fair share of Japanese guys, but one average night out last year I met a not-so-average Japanese guy, and it’s now coming up to our first year anniversary!

Let me tell you this: Japanese guys are awesome, and every foreign woman should have one. For some reason, Japanese guys seem to have a bad reputation all over the world, but from my experience of dating they really aren’t that bad! They’re just a little different from guys in your home country, having grown up in a very different society and culture. There are also rumours that Japanese guys aren’t gentlemanly. Well, that’s not just in Japan. I reckon gentlemen across the world are few and far between! These days only Colin Firth can officially be classed as a gentleman. So don’t get hung up on looking for Mr Perfect in Japan.

Around 70% of Japanese men have admitted to being ‘Herbivore Men’; which means they’re men that aren’t proactive in looking for a partner. But don’t let those odds dishearten you! See it as a challenge. Here’s my advice on how to find the Japanese guy of your dreams.

Japanese people are generally quiet and avoid confrontation, so it’s no surprise Japanese guys seem shyer than the average foreigner. If you’re speaking to a Japanese guy in your foreign tongue it can also be intimidating for them. You’ll definitely have to make the first move when it comes to flirting and dating!

A big part of dating is physical attraction. While most Japanese women are immaculately dressed and made up, I’m guilty of making trips to 7-Eleven in my pyjamas. But on the dating scene, we all need to put some effort into our appearance. I’m not saying gel nails and eyelash extensions (although I admit to dabbling), but making yourself look your best makes those men pay more attention. Saying that though, the most important thing of all is to be confident in your own skin.

Japan is still a male-dominated society, and some of these guys have been spoiled by Japanese women whose second nature is to look after their men. I recently had a ‘disagreement’ with my boyfriend over the way I cook rice (I like to think it’s not me being lacklustre, but the Japanese way of being obsessive compulsive). But, after much thought and sizing up the competition, I’ve decided I need to up the ante when it comes to what one might consider old-fashioned housewife skills.

Foreign women might be afraid they’re too opinionated and loud for a Japanese guy, but many guys do love a woman they can have a debate with. Living in Japanese society is likely to tone you down to some extent anyway, but you should never plan to change yourself deliberately for anyone.

Finally, prepare for dates unlike those you’ve had before. Brave the sober daytime karaoke date and show you’re a real trooper that can adapt to any situation!

In every relationship, communication and trust go hand in hand. Japanese people are known for communicating by politely speaking around the point, and using body language. It’s taken them years of practice and experience to perfect this, so be patient as you learn how to communicate with each other, especially with the added language barrier. It’s also important to respect each other’s cultures, and not to be too harsh on each other if someone makes a cultural faux pas. Laugh about it and it will make your relationship stronger.

I’m a bit of a worrier and being in a relationship with a Japanese guy can definitely be a challenge. I worry about meeting his friends and family because my Japanese is poor. I worry that one day we’ll move to England and he‘ll miss his dehydrated fish snacks. I worry about our children being bullied in school. I even worry that one day we will be called on by his family to run their temple and I’ll have to learn to play the koto. But I think there are more positives than negatives. Positives I don’t think I would find in a relationship with a British man.

My Japanese guy has a cultural and spiritual outlook on the world that doesn’t revolve around beer, boobs and football. He’s kind, smart, funny and modest, unlike many of his foreign counterparts I’ve met in Japan. He’s the type of guy you could take home to your mother, and who wouldn’t be rude to a waitress at a restaurant. Our relationship’s never boring, and we get to celebrate double the holidays! Did I mention he also has the softest skin?

My final piece of advice is if at first you don’t succeed in your quest to find the perfect J-guy, don’t be disheartened. Pick yourself up, dust yourself off and try again!

• CLUBS AND BARS: I met my boyfriend at a bar and it could happen to you! • FRIENDS: why not ask your friends if they know any cute, single guys?
• EVENTS: facebook events, international group events, etc. Events bring people with common interests together so why not check out a local event?
• EVERYDAY SOCIAL SITUATIONS: the supermarket, the train station, Starbucks – there are potential dates everywhere!
• BLENDR: a free iPhone app you can use to chat to people in your area.

• DO make an effort with your appearance and be confident
• DO make the first move
• DO be patient when it comes to communication
• DO enjoy it
• DON’T be worried if he doesn’t express affection in public – modesty and blending are part of Japanese society
• DON’T change yourself for anyone
• DON’T dwell on past bad experiences
• DON’T have expectations based on what you’ve seen or heard. Every relationship is different.
• DON’T rely fully on him to enhance your Japan experience. Keep your independence and remind yourself often why you came to Japan.
[/box]

The perfect anti-excess menu
The taste of your heart