Once upon a time, it was considered poor man’s radio, but podcasting has grown at an incredible rate over the last decade. Podcasts are becoming more polished and more popular while radio’s importance is shrinking. For us English speakers in Japan, there are several entertaining and informative programs to tune into. Here are three to start with. 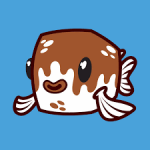 Having launched only in December last year, these are the new kids on the block. In the podcasting world, shows come and go at a rapid rate, however, coming from the popular and long-running website of the same name, this one appears to be here to stay. Both fun and informative, this podcast is a reliable one with numerous weekly uploads. Coming out of Portland and produced by Japan lovers, it creates a wonderful balance of insider and outsider. A short and funny slice of Japan. 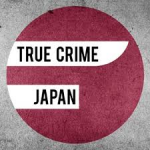 While you can find numerous, either current or dormant, podcasts on life in Japan, there are very few that take on such a specific and intriguing subject. Focusing on murders and other crimes, some resolved, some still mysteriously open, hosts Dino and Gigi give detailed information on some of Japan’s darker, and at times, crazier sides, but there is never a doubt that the hosts love the place they call home. An enjoyable long-form storytelling-style podcast. 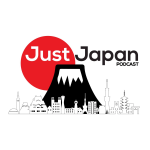 When it comes to podcasts for expats in Kansai, you can’t go past Japan’s longest running, Kobe-based interview show. Host Kevin uses his curiosity, as well as his long list of contacts, to conduct weekly interviews. Topics ranging from light-hearted reminiscence about good times in Japan (for example, the episode about holidays in Japan) to deeply informative pieces (the episode on teaching in Japanese Universities is a must listen for anyone thinking about taking this route). With over 140 episodes in the bank, this may be the perfect antidote to your boring train commutes. (Check out justjapanstuff.com for the older episodes).

These episodes of the following podcasts are worth a listen:
– Deep in Japan (The interview with Debito Arudou is as interesting as he is controversial.)
– Finding Japan (The episode on being arrested in Japan is alarming but informative.)
– Robert Whiting’s Japan (Just search for the subject you like and listen to this living legend speak.)
– Live Work Play Japan (Not available from iTunes; visit the website to hear what might be described as a Just Japan podcast for younger newcomers – liveworkplayjapan.com)