For the Kansai area, we kick off with the Kyoto Daisakusen Mission Impossible three-day music festival from July 7th to 9th. This year marks the 10th anniversary of the event and bands performing on the opening day include alternative metallers SiM (Silence iz Mine), 10 Feet (rock trio from Kyoto playing all three days), Nothing’s Carved In Stone (featuring ex-Ellegarden guitarist Shinichi Ubukata), and melodic punk band My Hair Is Band. The second day, July 8th, brings in some big rock names in Ken Yokoyama, Radwimps, and Dragonash, and then on the final day of the event Super Beaver (notably known for the single Shinkokyuu), dustbox (melodic punk), RottenGraffty, and Dizzy Sunfist.

The event is held in the large Yamashiro Undo Sogo Park next to Ritsumeikan High School, Uji. Driving to the event is not advised, but from JR Uji station it’s either a 10-minute bus ride or a 30-minute walk. 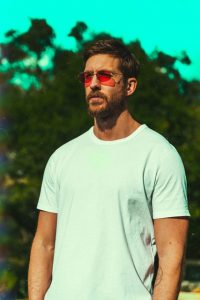 On August 19th and 20th, Summer Sonic Osaka will be held at Maishima Sonic Park. Top of the bill on the opening day are the Foo Fighters. Joining them will be Man With A Mission (also appearing at Kyoto Daiskusen), The Struts, Sum 41, and an unexpected inclusion in British 80’s pop singer Rick Astley. Scottish singer, songwriter and DJ Calvin Harris will be performing on the 20th, as will be the Black Eyed Peas, Liam Gallagher, and UVERworld from Kusatsu, Shiga. Summer Sonic is a popular event and also runs in tandem with a Tokyo version on the same days.

Not in Kansai, but probably the most well-known music festival in Japan is The Fuji Rock Festival running from July 28th to 30th. Not just music, there are also a number of workshops on various themes throughout the event. Top of the bill on the three days are Gorillaz (Jul 28) featuring Blur vocalist Damen Albarn, Aphex Twin (Jul 29) the British electronic musician Richard James, and Icelandic female vocalist Bjork (Jul 30). Also on the bill are Queens of the Stone Age, Elvin Bishop, The Strypes, and Cornelius.

Other festivals of note are Rising Sun Rock Festival in Hokkaido (rsr.wess.co.jp), and Rock In Japan Festival, Ibaraki Prefecture (rijfes.jp/2017)

Best Standing Jokes in Town
Bathing in the Forest