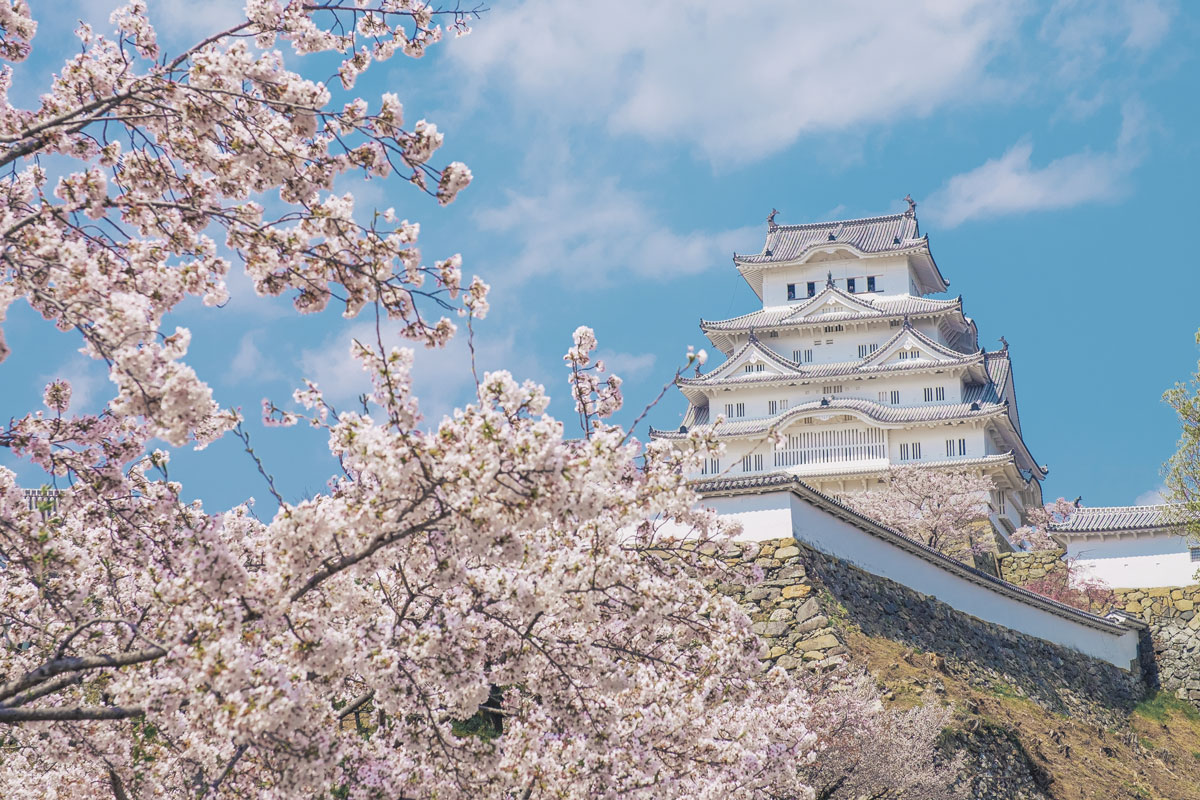 Cherry blossoms, oh cherry blossoms
Across the spring skies
As far as the eyes can see
Fragrant in the air
Come now, come now
Let’s go and see them…

—so say the lyrics of the traditional Japanese folksong, Sakura, often sung as the unofficial national anthem.

Every year Japan waits with feverish anticipation the first flushes of cherry blossom. The Japanese Bureau of Meteorology and the public religiously trace the sakura zensen “cherry blossom front” as it sweeps over the archipelago.

Even the casual observer can appreciate the beauty of cherry blossoms at face-value, but why does the whole nation go ga-ga for these pink, candy-floss-like blooms year after year?

The act of observing and appreciating cherry blossom in season is called hanami, which literally translates as “flower viewing.” It’s a highly social affair, where friends, families and colleagues with picnic boxes and blankets in tow, gather together under the unfurling blossoms to eat, drink and be merry.

Since ancient times, the Japanese have formulated rituals that served to affirm and renew their relationship with nature. These in turn evolved into forms of communal entertainment and social release. Although the custom of partying under the blossoms is thought to have originated as an aristocratic pastime in the Nara period (710-794), the ritual was then adopted by the samurai class before filtering down to the common populace during the Edo period (1600-1868).

Cherry blossoms have thus been celebrated in Japanese literature, poetry and art for centuries. They are symbols for phenomena as varied as fallen soldiers, friendships and new beginnings. They even appear on the reverse side of the 100-yen coin.

Classical Japanese poetry too, with the great sensitivity it pays the transience of nature and the passing of the seasons, has foregrounded this flower as the quintessential harbinger of spring. The poets saw changes in the natural world as the perfect metaphor for the transience of life and the uncertainties of this world; a view that was reinforced by the Buddhist belief in the evanescence of all things. The short enigmatic emergence of cherry blossoms in spring is therefore seen as much more than just a chance to admire some pretty petals; it is a meditation on life, death, renewal and the ephemeral nature of being.

Throughout Japanese history, the annual observance of cherry blossom viewing hanami, often involved visiting “famous places” meisho, a term that became popular in the Edo period. This association of season and place continued and developed in the 17th century when visiting “famous places” became a major form of recreation for the increasing number of urban dwellers. To this end, the shogunate (samurai government) built or converted a number of meisho, which involved the mass transplanting of cherry trees as well as releasing seasonal birds such as the bush warbler to enhance the seasonal atmosphere. New public spaces such as parks and castle grounds were created for the general populace. Noted guidebooks that appeared in the Edo period highlighted hanami spots and many of these recommendations continue to carry weight to this day.

Originally in fact, it was the species of mountain cherry yamazakura, that was so lauded as the subject of hanami in the Heian (794-1185) and medieval periods. Found or planted in woodland that had replaced virgin forest, the mountain cherry was praised by noted poet Motoori Norinaga (1730-1801) as the ultimate symbol of Japan:

“If one asks about the heart of Yamato…
It is the mountain cherry that glows in the morning sun.”

The late Edo period, though, saw the large-scale replacement of the mountain cherry with the somei yoshino variety that is so familiar in Japan today. This variety originally came from a gardener in the Tokyo region, and its blooms appear in cloud-like clumps of white flowers that are all the more striking since its branches, unlike the mountain cherry, are still devoid of leaves.

In a country in which little original wilderness survives, “reconstructed nature” in the form of meisho, has largely contributed to the greening of the urban environment. For city dwellers who make up the vast majority of the population, annual observances such as cherry blossom-viewing raise awareness of the seasons and are thus deeply valued.

All visitors are thus cordially invited to participate in this gloriously bacchanalian spring ritual, which starts by dropping in to your local conbini (convenience store), supa (supermarket) or depachika (department store food hall) to pick up a spring-themed bento box. Don’t forget to include some limited edition sakura-themed goodies, like the rosy-hued Pepsi or Kit-Kats, in your shopping basket. Most important of all, though, is to prepare to join in the karaoke rendition of Japan’s most famous song—or at the very least by humming along: