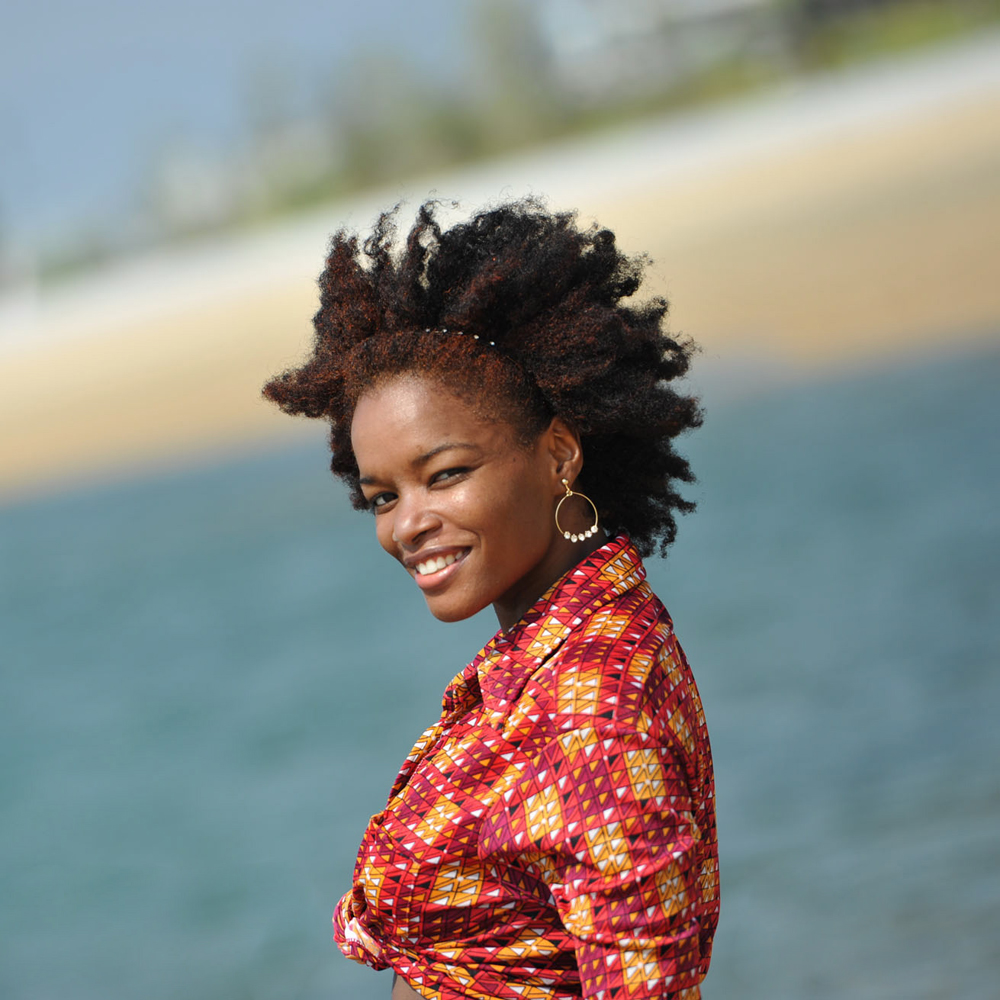 Saldenha left her native Trinidad to study in Cardiff, Wales, before coming to Japan over 10 years ago to conduct research. During her time at Osaka Gaidai, she joined the jazz circle and played clubs in Mino-o. But her studies left little time for her to concentrate on her material.

“I was doing standards everybody knew, because it takes time to form a band and arrange songs. I was frustrated for so long, because I had ideas and great songs no one was hearing. I was happy when I finished my PhD in ethnomusicology and anthropology; I could focus on the songs I’d written. It took years to find musicians flexible enough to play my music. Ones who could accept who I was, because I’m not Japanese. After all that, I thought it was a shame to let that all go. Kansai is my home so I wanted to release my album from here.”

From a young age, Saldenha wrote songs and entertained her mother and her friends, and she dreamed of a career on stage in musicals. Her influences span the genres — from opera and musical theatre to funk, calypso and jazz — so she was anxious about finding a local producer for her album, who could hear the sounds in her head as she did. Saldenha e-mailed several US producers and found Andrew Felluss.
“I didn’t expect him to reply, because he’d worked with Mary J Blige, Mariah Carey … Andrew had looked at my YouTube channel and was impressed with my songs, my voice and my stage presence.” Felluss found Saldenha “amazing musicians” to play on the album — Grammy-nominated pianist, Barney McAll; Mark Kelly, who worked with Meshell Ndegeocello; Chris Eddleton, who worked with Lizz Wright; Takuya Kuroda, who tours with Jose James; and Kaleta, previously of Fela Kuti’s ensemble. The independently released Dance with the Sun was recorded during two visits to NYC, and all tracks, bar one, are self-penned. Saldenha describes her style as “funky soul with a twist of island sugar cane.”

Saldenha felt she received true recognition when Japanese nu-jazz instrumental combo, indigo jam unit, (their lower case) approached her to collaborate. “As an artist, I had many opportunities to work with people. Sometimes I wondered if I’d made the right decisions. I met a group I respected; I love their music. They respected what I was doing. Just being invited to do the album is a huge gift.” Saldenha’s resolve paid off; the collaboration album, Rose, won the Tokyo Jazz Notes Album of the Year, last year. “I wanted to do something I could be proud of. That was more important than fame or money. Though it’s not a commercial album, the way people reacted makes me feel everything I’ve sacrificed and all the time I put in was worthwhile. A dream come true.”

As part of the Rose tour, Alicia sang at Billboard Osaka. “I’ve stood on their stage as a guest, but it was overwhelming being the feature act — another of my dreams. I never wanted to get to these places doing something mediocre, because it was an easy ticket.”

Meeting R&B singer, Ledisi, at Billboard was a turning point. “Billboard is a great place for networking; it’s the only place to meet great musicians. I saw two shows back-to-back and was blown away. She put the same amount of energy into both shows. She sings out and doesn’t hold anything back.” Meeting her afterwards, Saldenha asked advice on performing without tiring or damaging her voice. “I was still finding my own voice. She gave me a lot of advice and recommended books. Those books helped change my approach to singing. I am really grateful.”

Printing down to a T