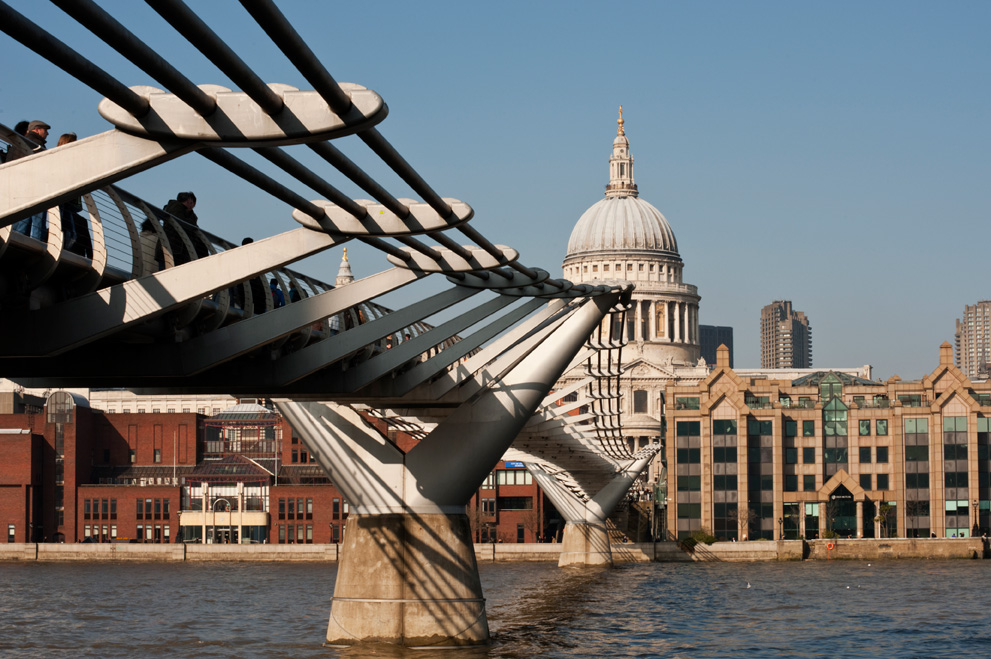 I have spent entire days and nights roaming the streets of cities from one dark corner to another in search of that elusive something: the rumour of a party here, a late bar there, an afterhours club that nobody can find.

Arriving in London for the first time, I realize immediately this is not one of those cities. It gives the impression of things happening, everywhere, all the time. I arrive after dark to the electric feeling that runs through the big-city night like a current. Riding a doubledecker bus to my rendezvous at Primrose Hill, I try to listen in on nearby conversations, only to find that none is in English. It’s easy now to remember that this was once the centre of an empire.

The next morning is bright, blustery. My friend and I wander into Camden Market from the canal end. In the eighteenth and early nineteenth centuries, canals were the mainstays of Britain’s transport network. When they were superseded by the railroad and highways, the shipping warehouses that lined the canals fell into neglect. These markets sprung up in the 1970s, filling the disused buildings with craft stalls and food shops which have only multiplied in the decades since.

We are suddenly immersed in clouds of curry- and kebab-scented steam. Camden is a bit of everywhere and everything, a hodgepodge of cultures and products. There are clothing stalls in every conceivable fashion; craft shops selling jewellery and ceramics and artwork; food stalls serving up delicacies and comfort food from all over the globe. Though it is barely yet time for morning tea, we stop at a crepe stand for paper cups of mulled wine.

Brick Lane, the old Bangladeshi hub of London’s East End, is lined with curry houses and sari shops. There are deep layers of history here: Ashkenazi Jews, who brought with them beigels and salt beef in the late nineteenth century, moved in on the Irish residents, who had themselves replaced the Huguenots who had settled there in the seventeenth century. The old, red-brick building that houses the Brick Lane Mosque has been a Huguenot chapel, a Methodist church, and a synagogue. It is not even an old part of the city. A new wave of bohemians have joined them, beginning what may be the disquieting process of gentrification. The place has a seedy, gritty atmosphere, the feeling of history colliding with the rush of the present. On Sundays locals sell odd, grubby collections of trinkets and t-shirts at a roadside market.

It is lunchtime when we arrive, and we buy hot salt kosher beef sandwiched in freshly baked beigels from the Brick Lane Beigel Bake. It is the neighbourhood’s oldest bakery, a remnant of the area’s pre-Bangladeshi past. The beigels are fresh, hot and cheap. We sit on the footpath, joining other satisfied customers contemplating the burned-out buildings across the street, watching the bustle of urban life.

London is a city to be walked through. It is a place built up over time, the foundations of its buildings layered upon ancient ruins, whose traces only the slow pace of walking reveals. Take Borough Market, where tourists mingle with more serious local shoppers below the flint spires of Southwark Cathedral. Though now housed in buildings constructed in 1851, the market’s history stretches back to at least the thirteenth century. It is a fascinating place. Fresh game — fully furred or feathered — hangs outside the butcher’s, while fresh produce from around the country suggest the seasons in a way that supermarkets fail to. Outside, there are olives from Italy and cheeses from France.

In a city once known for tea, we stop at Monmouth Coffee. The café is bright and smells amazing. The coffee is some of the best I have tasted. Revived, we follow the river bank past the reconstructed Globe Theatre, where £5 will get you a standing room ticket for any show, and on to the gallery at the Tate Modern. Housed in the old Bankside Power Station building, it is unmistakable: the massive building and its chimney reach into the sky just shy of the height of Saint Paul’s Cathedral across the river. The building helped generate the power needs of a city hungry for electricity in the postwar years. It now exhibits some of the best contemporary art in the world.

Soho is where my friends go out when they go out late. Sleazy and manic, strip clubs still rub up against dance clubs, though wine bars and restaurants have shouldered their way in. This is the London where Dylan Thomas drank, heavily. It is clear that many still do. We walk on. Soho is where my friends dance with boys in smoky bars, but tonight we just drink and walk around, watching the hot-rod motorcycles race past bicycle rickshaws.

We arrive home, late, to a house full of drunken roommates eating pizza, a happy Babel of ex-pats slurring many-accented English. Cultures and histories collide here, in the heart of this night-dark city. It becomes clear to me that England set out to build an empire, but ended up bringing the whole world back home.

[box]WAYS & MEANS<br>Getting there and around Flights: <br>There are no direct flights from KIX to London, but plenty of airlines operate flights via Tokyo Around London: Pay a £5 deposit and pick up a pay-as-you-go Oyster card for hassle free travel on the Tube, tram, DLR, London Overground and most National Rail services in London<br> RESOURCES<br> Visit London: www.visitlondon.com London Transport: www.tfl.gov.uk[/box]

Shirahama time
Kyoto with a pro