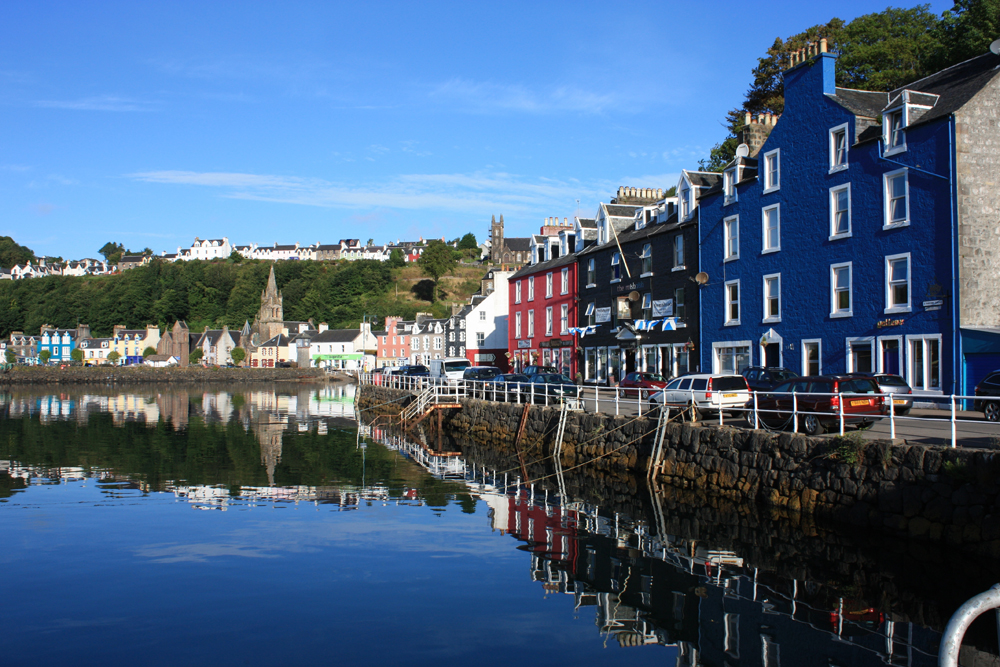 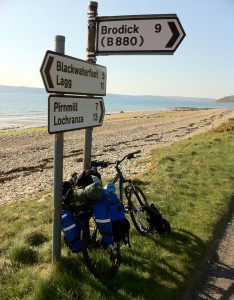 It was a hectic end to the week. In place of relaxed, meticulous final checks was a frantic and sweaty dash to the bike shop to rake through old metal jars of components. I resurrected a few and the bike was operational, if not quite finely tuned.

Packing is always easy for these trips – the panniers only allow a certain amount. Weight, or lack of weight, is the guiding rule. In retrospect I didn’t use my gilet, arm warmers or lock but they aren’t heavy and could have been invaluable – in fact it’s unusual not to need a gilet in Scotland no matter the season.

My travelling companions arrived within minutes of each other. The coffee machine was primed and I was all packed. I’d even found a saddle for the bike and remembered water bottles. We rolled through quiet Sunday morning streets, cycle paths and fields to the coast and arrived 40 minutes before our ferry departure. Our tickets for the ‘Hopscotch’ ferry all the way up the west coast – 4 ferries in all – cost £18 (¥2200).

There are many reasons a ferry is the best way to travel, although I’m sure they’re overlooked as a major pollutant. The Arran ferry had quite a few cyclists coming off as well as going on – those having cycled the previous day enjoying the better weather. We sat up in the lounge munching homemade energy bars before docking in Brodick to some traditional drizzle.

The cycle up to Sannox is a gentle affair that loses traffic the further you travel from Brodick. Birch, pine and fern provide the green on your left and the sea, relatively translucent, a more subdued bluey-green on your right. Soon you climb, though, and the hill having its own local name does not instill confidence. It’s easier, though, when there’s a shower and a bed at the other end. It’s not such a bad hill but you have to dig deep on a few sections. The downhill – with its curves – was also a lesson in remembering how far to lean with bags of sugar strapped to your back wheel.

Lochranza Youth hostel is newly refurbished with a professional kitchen, pleasant bedrooms and welcoming staff (and deer). We ate at a hotel nearby and then sat by the castle watching the waves.

The next ferry left 35 minutes before we expected it to, but we managed to get the gangway lowered and hop aboard. We’d reached a part of the country where decency and courtesy prevail over timetables.

We rolled over the hill to Kennacraig and on to Tarbert – a fine location for breakfast proper (the porridge with protein powder was more about function than taste). There were some big bumps heading north but by the time we got to Ardfern we’d covered good ground and were happy to take an extended lunch at a local hotel. 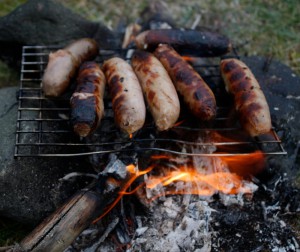 The best, or worst, climbing – depending on your standpoint – was on the short leg from Ardfern to Oban. Thankfully it also came with amazing views. It was the first stretch of road that had the suffix ‘pass’, so we’d been warned, but at the end of the day and with full belly it took quite a bit of stamping on the pedals. After an eternity of climbing we suddenly dropped off the hill and into Oban a full two hours before the ferry was due. We had a couple of lagers and took the 6 o’clock to the Isle of Mull.

Craignure awaited and our lodge was ideal. We washed in the bathroom overlooking the harbour and moaned at our legs (or rather, they moaned at us) before heading to the local inn – which was at bursting point – for dinner. We ended the day shattered and agreed to take things easier on the route to Tobermory.

The next day ended up being a bit more epic, if rewarding, than we’d envisioned. After a full Scottish breakfast we made good progress to Salen before climbing to Tobermory. We made time for a coffee, bought sausages and rolls, foraged a newspaper for kindling and headed west toward Calgary Bay. Our day off consisted of 4,000 feet of climbing. The sausages and mint tea, as ever in these circumstances, were much tastier than in an urban setting and the tasty homemade energy bars gave slow-release help to our bodies. As did a sachet of essential minerals before dinner. 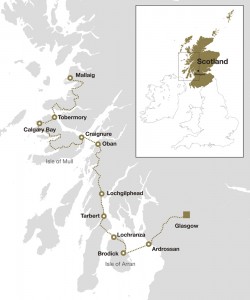 The next day the sun finally put on a good show. We were up early, caffeinated and clean and suddenly only had ten minutes to catch the ferry. Fortunately, all we had to do was fall out the hostel. There were a number of cyclists, including a couple from Stirling we had met in Oban two days before, and we all got aboard and hit the top deck to soak up the sun. Jellyfish were the short-range interest while the horizon shimmered in the background, but the porpoises in-between stole the show.

After the bustle of Tobermory we soon found ourselves climbing silently around the extinct volcano on Ardnamurchan with only creaking brackets as accompaniment. By the time we reached the apex there was an incredible view north to the Isles of Rum, Eigg, Muck, Skye and the Arisaig Peninsula. We rounded the top and descended a great road – this time with views to Loch Sunart and Morvern and beautiful coves close at hand, before stopping for coffee and cake in Glenborrodale.

We cycled through an unusually flat plain before a wee climb over to Kinlochmoidart and along the Loch beside awe inspiring Beinns (hills). As we skirted Loch Moidart at sea level the road ramped up in the distance and we heaved our laiden bikes up the climb, looking back on our incredible route. These were the best cycling days of our lives – immaculate tarmac, little traffic, the sun in the sky, grand views and good company.

Getting there and around
Flights: Fly with a European airline to London and transfer at Gatwick or Heathrow for flights to Glasgow.
Ferry tickets: www.calmac.co.uk/tickets/island-hopping
Resources
Visit Scotland: www.visitscotland.com[/box]

Continue Reading
Advertisement
You may also like...
Related Topics:bicycle, Scotland

Kyoto with a pro
Garb Weeks