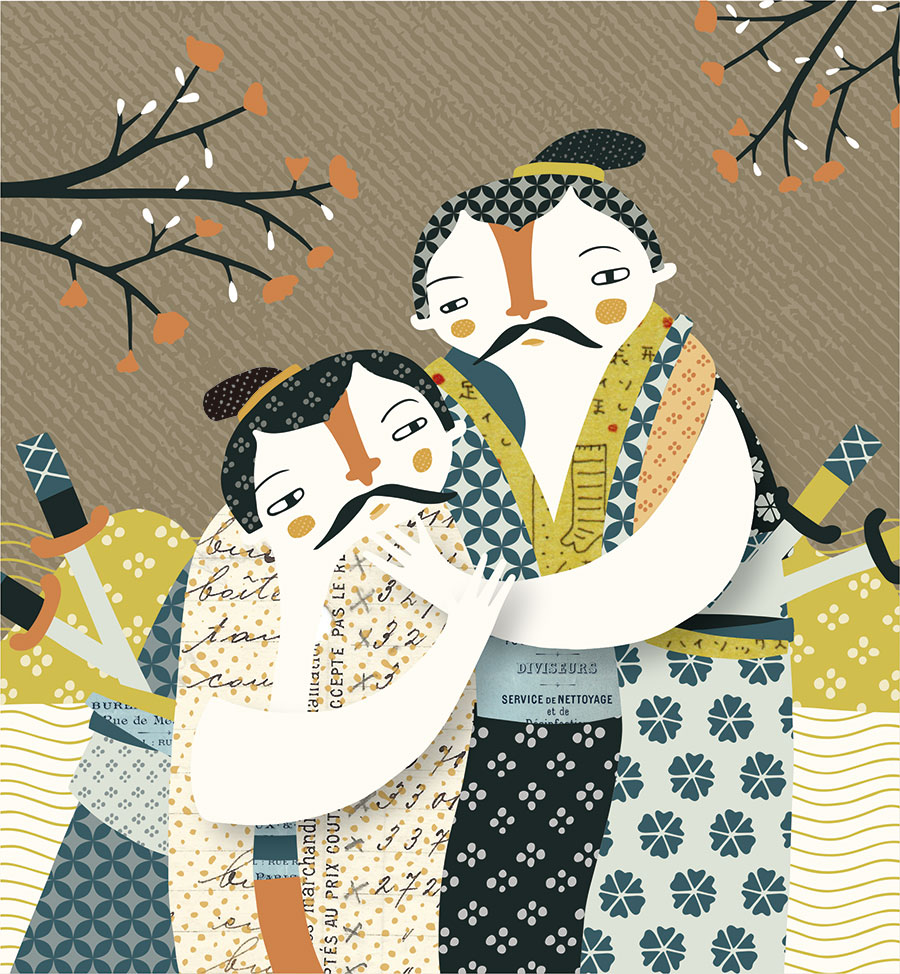 The Kansai Rainbow Parade was held in Osaka in October and will next year celebrate its 10th anniversary, while just last month, the southern Japanese city of Fukuoka threw its first ever pride parade. Both are gay pride festivals which are a celebration of identity, with goals to promote better understanding of sexual minorities in Japan, and to strengthen ties between LGBT and non-LGBT communities.

The area of Osaka that is popular with LBGT groups is Doyama-cho in the Umeda district. Brimming with bars, restaurants, and saunas, there is a vitality and atmosphere that can be difficult to find in other more conventional commercial areas. The popularity of areas like this, and the people who frequent them, is often reflected in Japan’s pop culture, especially on prime-time TV shows that are known to present their LGBT guests, hosts, and personalities with pride.

But these recent trends which suggest an ‘openness’ towards the gay community in Japan can be misleading. The perceptions of homosexuality in the media and amongst the general public are seen by many as misguided and based on novelties and stereotypes; treating homosexuality more like an amusing fetish than a genuine sexual identity. A lot of the attitudes towards people who identify as lesbian, gay, bisexual, or transgender in Japan are what make gay pride parades an important and necessary platform on which to fight discrimination against LGBT people in this country.

It could be argued that Doyama-cho, and Tokyo’s Shinjuku 2-chōme area, are places of segregation rather than celebration; a means of preventing homosexual practices from impinging on the daylight solidity of Japan’s strict social and moral order.

The truth is, however, that homosexual practices have played an important part in the history of Japanese culture. In fact, homosexual activities were so tightly woven into the fabric of social structures; religious, military, and artistic, that once upon a time, among some groups in Japan, “love between men was considered the purest form of love” (Nuzzi, 2012, p.46).

In traditional Japanese culture, the word nanshoku (男色) was used to describe a kind of behavior rather than a particular identity, suggesting that in Japanese thinking there has been a fundamental difference between homosexual activity and homosexual identity. The term “nanshoku” literally means “male color”. The kanji for color connotes the meaning of “sexual pleasure” in both Japan and China, and was famously used by Yukio Mishima in his novel Forbidden Colors (禁色) which describes the marriage between a gay man and a young woman.

It is commonly believed that Kukai (Kobo Daishi), the founder of the influential esoteric Buddhist sect of Shingon, introduced the concept of nanshoku into Japan after returning from Tang China in the ninth century (Borgen, 1996, p.170). Indeed, Buddhist monasteries appear to have been early centers of homosexual activity in ancient Japan. Sexual relations between a monk and his acolyte were widespread. These acolytes, or “boy-lovers” were known as chigo (稚児) and a collection of short stories known as Chigo Monogatari (“Acolyte Stories”) details many of these relationships.

Although chastity among monks is one of the key doctrines of Buddhism, sex between monks and their acolytes seems to have been accepted as a reasonable compromise between heterosexual sex and complete celibacy. In fact, these activities came to be known as bido (美道): the “beautiful way.”

The notion of same-sex love rapidly spread to the warrior class where it was customary for a young samurai to be apprenticed to an older and more experienced male. The young apprentice would often take on the role of lover. In exchange for his loyalty, the young male received an education and military training.

This practice was known as shudo (衆道), “the way of the youth,” and was revered by the warrior class (Leupp, 1996; Neill, 2008, p.283). A well-known example of a samurai participating in shudo is Oda Nobunaga, one of Japan’s most famous and revered daimyo (feudal ruler). When Nobunaga was killed in an ambush in 1582, his body was found with his teenage lover, Mori Ranmaru (Neill, 2008, p.291).

An interesting example of how modern Japan has swept such memories under the mat of cultural amnesia, is the fact that not one of Kurosawa Akira’s world-renowned samurai movies refers to the practice of shudo. It wasn’t until the 1999 movie Gohatto (Taboo) that homosexual activities between the samurai were explored on film. Directed by Nagisa Oshima, the movie depicts the life of a samurai school at the end of the Edo period in the mid- 19th century and specifically examines issues of homosexual practices in the shudo tradition.

As Japanese society became more pacified in the relatively stable Tokugawa period (1600-1868), the middle classes adopted many of the practices of the warrior classes, including shudo (Neill, 2008, p.291). During this period, however, same-sex relationships became more focused on enjoyment, rather than a formalized expression of loyalty. Although male prostitution was never actually legalized, male brothels and “tea-houses” flourished in Japanese cities, particularly in Kyoto, Osaka, and Edo (Ihara, 1990).

Homosexual activities also permeated the arts of the time, especially the all-male theatre of kabuki, where young actors often worked as prostitutes off-stage (Neill, 2008, p.290; Ihara, 1990). Moreover, many of the great ukiyo-e artists, including Hokusai (1760-1849) and Hishikawa (1618- 1694), contributed valuable works to the art of shunga (春画) or “pictures of spring”; a form of art expressing sexuality in a wide variety of forms including explicit heterosexual and homosexual acts between young and old.

Although the increasing presence of Christian missionaries led to a decline in homosexual activities in Japan, it wasn’t until the Meiji Restoration (1868) that such practices began to be seriously questioned. The tide turned and noble notions of same-sex relations withered with shame (Neill, 2008, p.294; Pflugfelder, 1999, p11). Japan, wanting to appear civilized to the rest of the world, began a campaign of prohibition and denial, marginalizing homosexual practices, leading to the current ‘moderate’ attitude of modern japan (Pflugfelder, 1999, p11).

The history of homosexual relationships in Japan can be very controversial when viewed through a modern lens because of the relationships that occurred between young boys and older men in positions of power. However, homosexuality was viewed and expressed very differently in Japan’s distant past to the way it is today, as homosexual practices were more so bound up in social concepts than an actual sexual identity.

Nevertheless, perhaps a public acceptance and awareness of the role homosexual practices in Japanese history could lead to greater acceptance of the LGBT community in contemporary japan, making it easier for more people to openly declare and take pride in their gay identity, leading to more social equality like legalized gay marriage and more LGBT political and community leaders.

The Treasures of Noh
You’re wanted on the telephone!