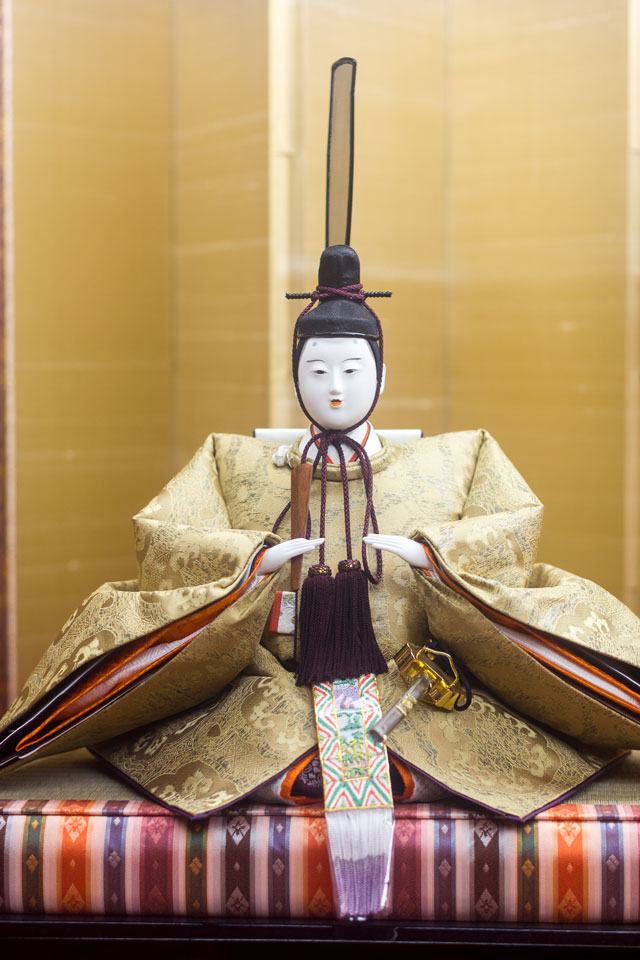 On the last day of Golden Week, many Japanese families celebrate a national holiday called Kodomo no Hi, or Children’s Day, decorating their houses with colorful carp streamers, eating sticky rice wrapped in oak leaves, and displaying miniature helmets or suits of armor inside their homes. Known as Tango no Sekku until recently, it is a festival drawing on centuries of warrior culture in which parents of young sons pray for them to grow up to be brave and strong. Along with Hina Matsuri, or Girls’ Day, it is the second of two important calendar events in which dolls represent hope for the next generation.

In Japan, the use of dolls as talismans or good-luck charms has roots as far back as the Jomon period – doll making in its current form began in the Edo period and continues today as a highly sophisticated art practiced in its true form only by a select few master craftsmen known as shokunin. Among these, perhaps the most highly regarded is Ando Tadahiko – the third-generation master doll maker in his family.
“We’ve been in this business for over 100 years,” he said. “My grandfather made dolls, and my father sold them. For all of that time, we’ve continued to make the very best dolls in Japan.”

Mr. Ando’s devotion to his craft has brought him acclaim both at home and abroad, and life as a Japanese doll maker is no ordinary life.

“From the time I was born, my life as a dollmaker was already decided. I don’t know anything else because it’s all I’ve ever done. When I was growing up, I never played any sports or had a part time job. At that time, the economy was very good, and when I made a doll it would sell straight away.” Together with his wife, Keiko, he now serves as a kind of ambassador of his craft, most recently in Belgium where a set of his hina dolls were officially presented as a gift to the royal family.

The imagery of the hina dolls, Keiko tells me, can be traced to five annual ceremonies of the Heian era imperial court known as the gosekku, traditions drawn from ancient Chinese mysticism. “Female energy is called in, and male energy yo. In gosekku, the energies are drawn together and something occurs in the confluence, having an effect on the people.” For Keiko at least, this deeper aspect remains present today. “When the gods come to the door, they protect us and guard our happiness.”

In the Muromachi era, the private symbolism of gosekku evolved into the public practice of presenting dolls to new daughters-in-law. By the Edo period, it had become widespread and cemented into tradition, now with mothers providing them to their own daughters as they married and joined the husband’s household. The connection with warding off bad luck can be seen in the way dolls were put on little straw rafts and left to float away downriver in a ceremony called hina-nagashi (doll floating). To this day, families who leave their hina dolls on display after March 4th are said to risk a delayed marriage for their children, or worse.

Also believed to be imbued with the power to protect the next generation, the helmets and armor of the boys’ festival are much more straightforward in their symbolism. 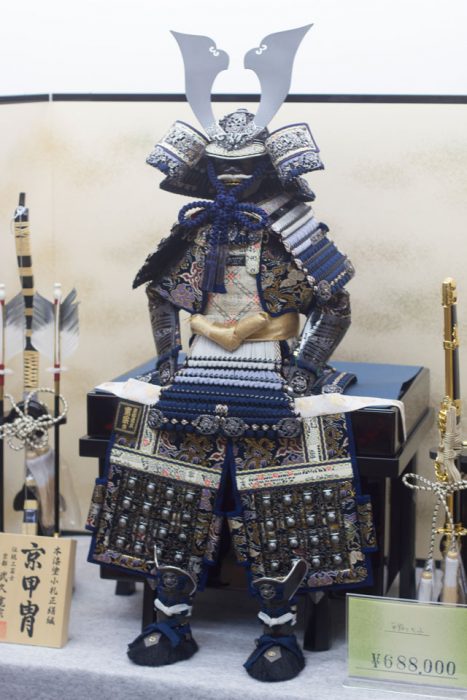 “Put simply, a kabuto is something that protects us from harm. Long ago, high-ranking samurai wore gorgeous helmets to war to show off their strength and power. It was a fashion that became a kind of good luck charm,” Ando said.

With the rise of the samurai class as a political power in the Kamakura period, the festival and its warlike imagery were encouraged to foster a “martial spirit” in young boys. In the period following World War II, the American occupying force viewed the miniature armor as propaganda and banned its production, forcing many like Keiko’s father to turn to making hina dolls instead.

Many hands go into the production of even a single doll or suit of armor, with each person responsible for just one small part. The value of a highly experienced craftsman is in understanding each of the various stages, and in being able to assemble and shape the final product according to a precise set of geometric rules, not unlike the principles of ikebana (flower arrangement). Shaping the arms into the correct pose is particularly difficult. “If the piping doesn’t bend correctly at the elbows, the whole thing can be ruined,” Ando explained.

With even the more modest individual pieces running into the hundreds of thousands of yen, some may be eager to learn the finer points that set aside a truly superior work. This, according to Ando, is largely a matter of the materials and coloring that go into the textiles, with his own workshop using only the best silk from Kyoto’s famous Nishijin district. A true connoisseur, he explains, would recognize his work from the quality of the silk, and from the layering of different patterns known as eri-maki. 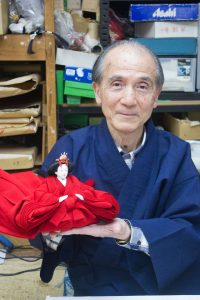