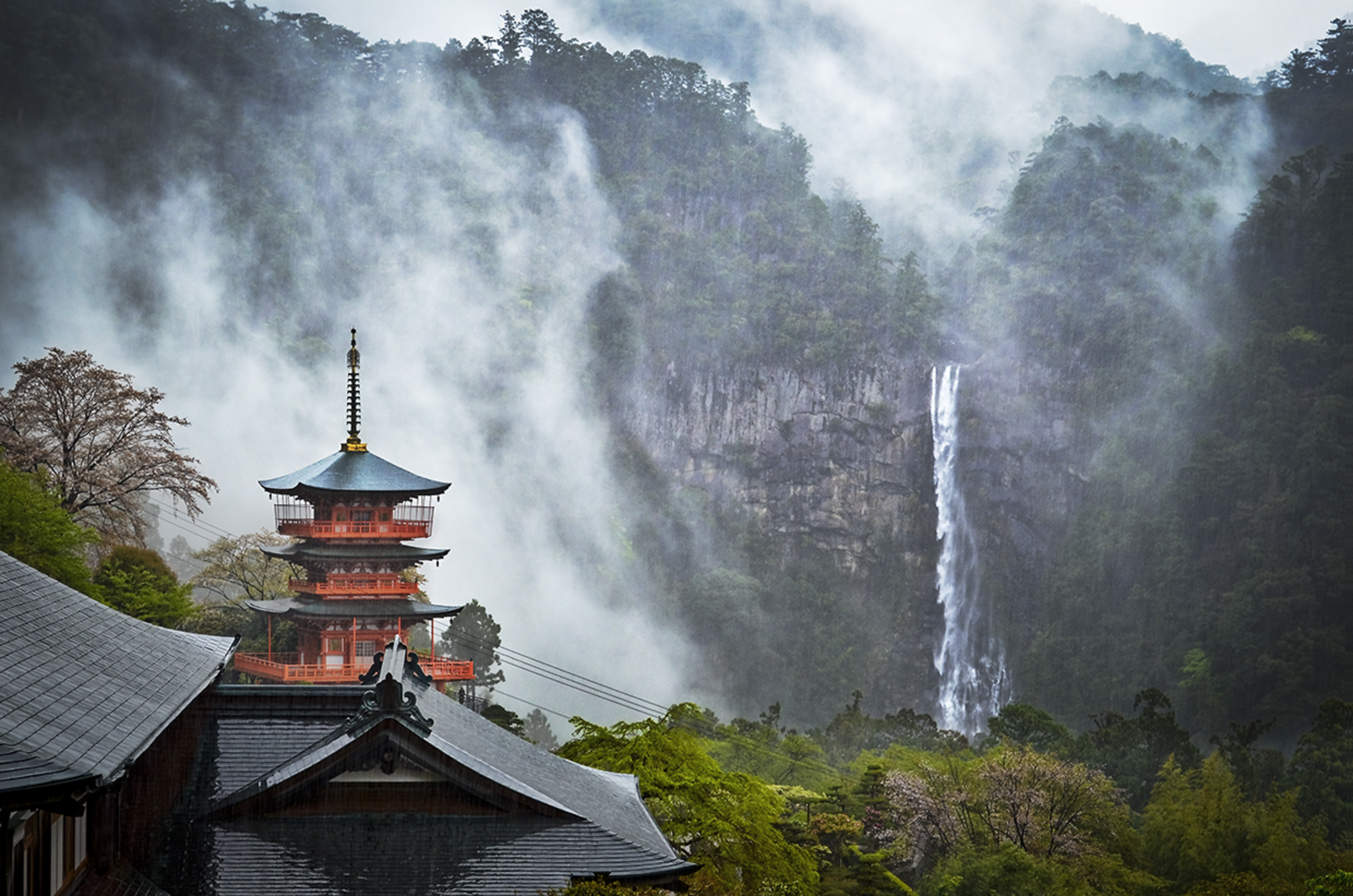 With another sweltering summer upon us, it is the perfect time to escape to the Kansai countryside. For nature lovers, some of the must-see attractions are the waterfalls that are dotted around the region. In terms of size, beauty, and importance, Kansai is one of the best areas in Japan to see these marvels. However, what many visitors don’t realize is that the waterfalls around Kansai are important religiously, too. Thanks to the influence of various sects of Buddhism, they are sacred spots with historical stories.

One of the most famous stories is told about the Akame 48 Waterfalls in Nabari, Mie. At first, the name of these waterfalls might seem strange as the word ‘Akame’ literally translates as ‘red eyes.’ In this case, the red eyes in question belong to Fudo Myo, an important entity in esoteric Buddhism. According to local legend, this being appeared before a traveler to the area named En-no-Ozunu. The visitation so inspired En-no-Ozunu that he would go on to form a religious sect of Japanese mountain asceticism known as Shugen-do.

Visiting the Akame area, it is easy to see why the place would inspire a nature-revering sect like mountain asceticism. Even visitors unfamiliar with the legend can appreciate the multitude of beautiful, cooling falls and natural setting which includes salamanders and plenty of birdlife. The more spiritual-minded, on the other hand, will appreciate the legends and the fact that each waterfall is connected with a vow taken by Bodhisattvas. 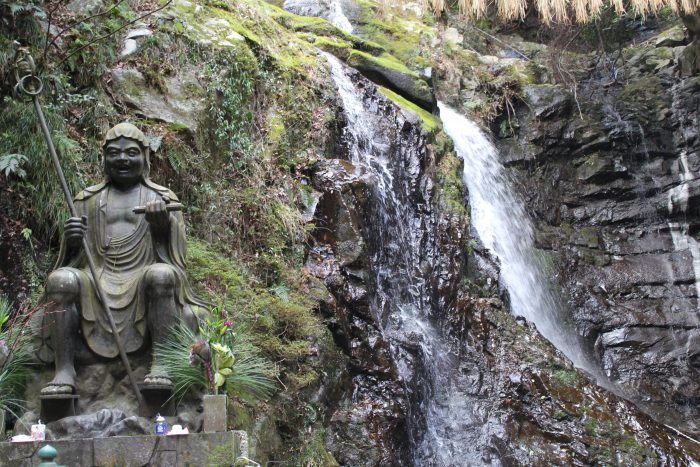 Inunaki Falls – an integral part of the Shugendo buddhist sect

Akame is not the only waterfall associated with myths. A similar legend explains the strange name of the Inunaki area and its sacred waterfall in Izumisano, Osaka. The name ‘Inunaki’ translates as ‘a dog cries,’ and it comes from an ancient legend of a hunter traveling to the area with his pet dog. While there are different tales (one of which involves the hunter cutting off the dog’s head for disturbing his hunt!), the common theme is that the dog alerted the hunter to an attack by a giant snake and then died for its master. As a result, the area has become known as a place where devoted canines can receive their final rest and the small tombs along the way to the mountain are dedicated to their memories.

Similarly to the Akame falls, the Inunaki area is used for religious activities. One big difference is that while you may occasionally see a worshipper at Akame, the waterfalls at Inunaki are still a big part of the observances of the Shugen-do sect that is headquartered there. As part of their training in the esoteric religion, devotees undergo physical hardships to prove themselves worthy of insight. It is not uncommon to see disciples climbing the slippery falls as part of their training, standing for prolonged periods in the waterfall’s freezing cold waters, or even dangling themselves precariously over the edge to take vows. Occasionally, people not affiliated with the temple are allowed to take part in some of the less-strenuous trials in return for a small donation to the temples. 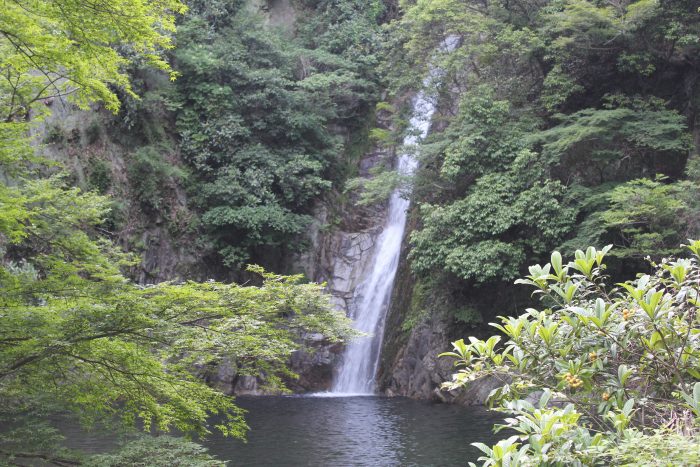 Nunobiki Falls in Hyogo – one of the ‘divine falls of Japan’

While Akame and Inunaki are both important places, their importance is dwarfed by Nunobiki Falls in Kobe, which is considered one of the ‘divine falls of Japan’ alongside [Kegon Falls] in Tochigi Prefecture and Nachi Falls at Nachi Taisha in Wakayama Prefecture (the site of the Nachi-no-ogi matsuri (Nachi Fire Festival) happening on Saturday, July 14). These three waterfalls are known for being important places for the practitioners of Shugen-do to visit for enlightenment purposes.

A popular story of the spiritual aspects of the area comes from the Tales of Ise. In the story, the area is so inspiring that the visitors, a guardsman, and a government official, immediately pen verses describing the beauty of the ‘clear cascading gems.’ These days, of course, most visitors are more likely to enjoy the cooling spray of these giant attractions than be inspired to write poetry. Even so, on a visit to the falls, one can read the poems on nearby plaques and perhaps become inspired. 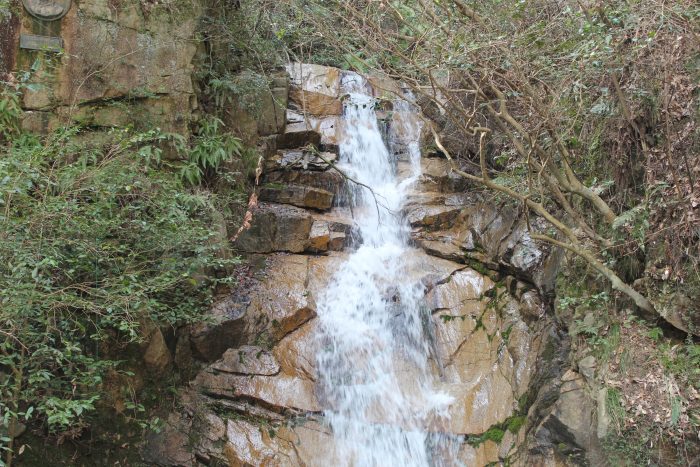 While Akame, Inunaki, and Nunobiki are heavenly, according to some, the opposite is true of the falls near the base of Rokko mountain known as Jigoku-dani – ‘Hell’s Valley’ – because of the rocky outcrops that remind people of the legends of what Hell would likely look like. This may seem strange to less-imaginative visitors as the sublime waterfall which cascades down the mountain and the little shrine there are probably closer to most people’s image of Heaven than Hell. 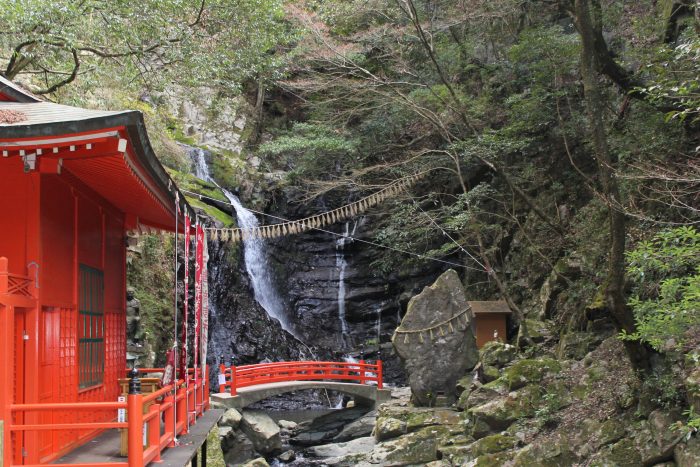 Shipporyu-ji Temple is known to have strong spiritual qualities and offers a purification ritual designed to cleanse the mind. Visitors can purify themselves under the waterfall Gyoja no Taki inside the temple grounds. The temple and waterfall are situated on tree-clad Mount Inunaki, which is home to seven waterfalls known as Nanabaku.
The monks that tend to the Inunaki also offer a one-day ascetic training workshop in the more esoteric aspects of their discipline.
inunakisan.jp