Geisha seem to embody the very spirit of traditional Japanese culture: Elegance, discipline, hospitality and an enigmatic presence that somehow sets them apart from the rest of the population—and nowhere more so than in Kyoto. The geisha world is still somewhat of a mystery to the average person, but it is becoming increasingly accessible as society changes. Geisha and maiko (apprentice geisha) encounters are no longer the exclusive domain of business executives with high-level connections and expense accounts to match. Today’s geisha—or geiko as they are known in Kyoto—often perform for and talk about their art to groups of wide-eyed international visitors or children on school trips.

American Dawn O’Day has been based in Kyoto for more than 20 years and has both a personal and professional interest in the world of geisha. A lecturer at Ritsumeikan University, O’Day has also developed and taught English courses about geisha culture for Japanese tour guides. During her time in Kyoto, she has had many opportunities to talk with and photograph those who work in the city’s hanamachi (geisha districts), known as kagai in Kyoto.

“One does not get very far in Kyoto without having shokai (introduction), and this is especially true when it comes to meeting people in the geisha districts,” explains O’Day. Such an introduction, a more elaborate process in the Kyoto geisha world known as ichigensan ga okotowari, led to her visit to an okiya (geisha house), the home owned by the mama-san, known as the okaasan, who oversees the training and careers of the geiko in her care. “My private student recommended me to the okaasan because she needed an English teacher for her grandson. As a result, I found myself inside her okiya on a weekly basis for about two years. While there, I met and talked with geiko-san and maiko-san and learned a lot about the inner workings of an okiya.”

In the past, young girls often had little choice if family tradition or lack of finances dictated a life as a geisha, but nothing could be further from the truth today. Modern young geisha are very much in charge of their own destiny, usually making up their minds to embark on this path around the age of 15, upon graduation from junior high school. 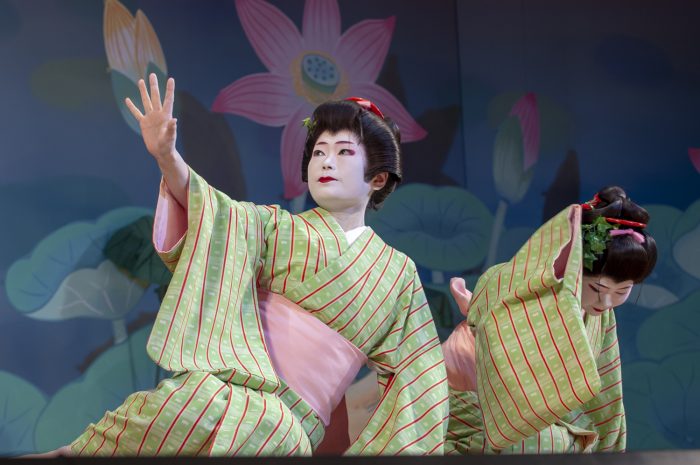 O’Day notes that finding young women suited to the unique lifestyle of the profession is vital to the future of Kyoto’s kagai. She recalls a recent interview during her academic research on the topic. “The manager of one okiya and ochaya (tea house) told me they do not actively recruit teenagers to train to become maiko-san. This is because the rigors of training require that the girls themselves must be highly motivated to do this type of work. In effect, they must patiently wait for them to approach the establishment, and this is often done through introduction from one source or another. For example, Japanese teenagers who are studying traditional dance or tea ceremony might ask their teacher or a master about connections to this world in order to gain access to it,” she says. In this social media age, many aspiring geisha also apply to an okiya after following maiko and geiko on Instagram or watching YouTube documentaries about their lives.

Inbound tourism to Kyoto has also had an effect on the kagai. According to O’Day, the number of maiko in Kyoto dropped temporarily in 2012 as a result of a sharp decline in international visitors following the 2011 earthquake and tsunami disaster in Tohoku. However, the tourism industry has rapidly recovered since then.

“By 2013, there were 183 geiko and 61 maiko. As of December 2016, we saw a slight decrease in geiko (180), but an increase in maiko (70), and these numbers have since remained fairly constant. This is likely to be the case because, while preserving the traditions that enable them to be consummate hosts (such as not allowing first-time customers in their ochaya, which has been a practice since the Edo period) and while maintaining high standards, the mama-san have found ways to attract first-time customers that allow Japanese and foreign visitors alike to meet geisha and enjoy their traditional arts,” says O’Day.

Recently, the influx of tourists in Kyoto has sometimes led to inconveniences for local residents, and in some cases, geisha have felt harassed by camera-toting tourists when going about their daily activities. O’Day advises keeping a respectful distance. “When you see them in the early evening hours, they will be on their way to appointments and shouldn’t be late. I am sure the geiko-san and maiko-san would really appreciate it if everyone can keep some distance from them, not touch them, or try to get their attention while photographing them.” 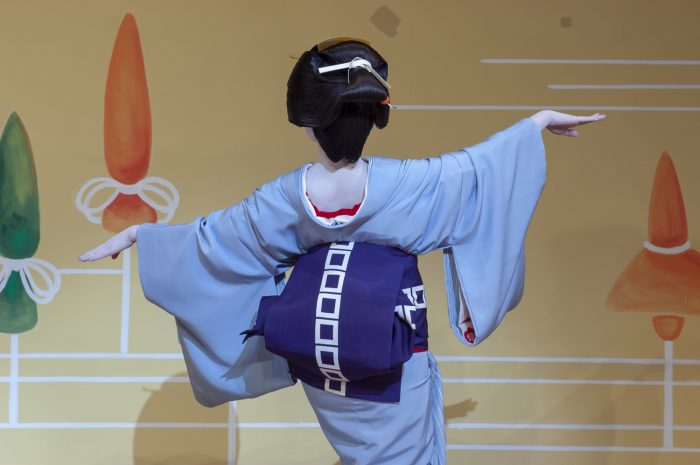 Traditional annual geisha dance performances continue today, and can be found in each of the five Kyoto kagai every year in either the spring or in the fall depending upon the kagai that is offering it. Tickets can be purchased at the dance theaters in their respective districts.

If you visit Kyoto when the dances aren’t being performed, traditional maiko dance performances can be seen at the Gion Corner, which also introduces tourists to other forms of Japanese traditional arts. You can also watch a dance performance called Kyoto Go Kagai Godo Dento Geino Tokubetsu Koen, featuring all of the geisha from the five districts, which is held in June.

Throughout the summer months, you can enjoy meeting maiko at the geisha beer gardens in the Miyagawa-cho and Kamishichiken geisha districts. (Call 075-561-1151 for Miyagawa-cho or 075-461-0148 for Kamishichiken. Reservations are required on the weekends.)

Finally, throughout the year, you can enjoy maiko dance shows, which are held at the Ganko Takasegawa Nijoen Restaurant on Kiyamachi Street. These shows are free, and the maiko will discuss her lifestyle and answer questions from the audience. It is best to call ahead to find out the days and times the maiko shows will be held, and the number is 075-223-3456. For a private party, it is also possible to order a ‘maiko-plan.’
More information about this can be found at www.gankofood.co.jp.