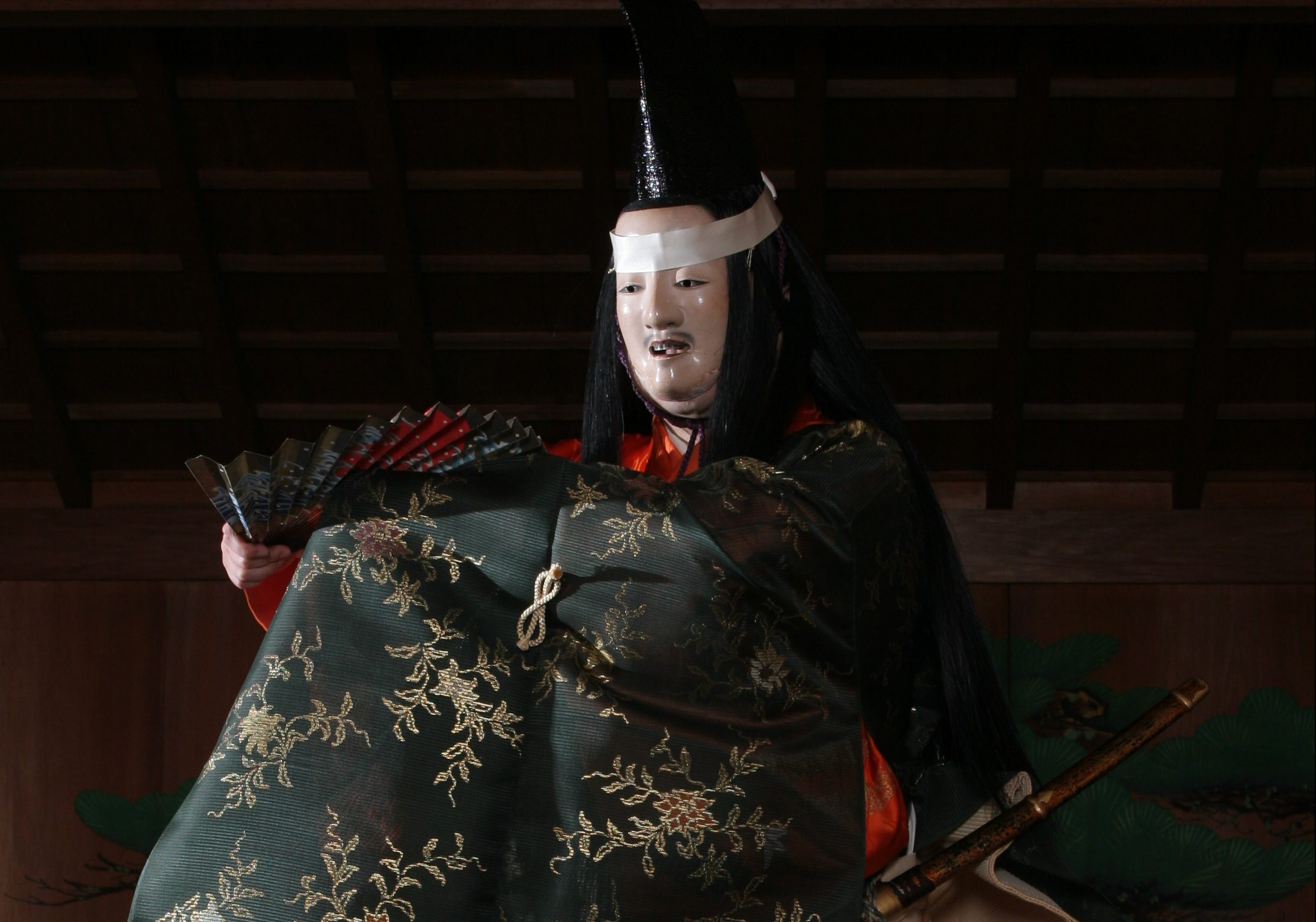 Performed since the 14 century, nohgaku (noh) is said to be the oldest existing theater art and is also Japan’s first Intangible Cultural Heritage listing, designated by UNESCO. In addition to the performance itself, Noh spellbinds its audience with its beautiful masks and colorful costumes.

Aria Aoyama, from the Japan Institute for Culture & International Exchange, sat down with Yoshie Yamamoto, from the acclaimed Yamamoto Noh Theater in Osaka, to discuss the ancient art of Noh and its place in modern Japan.

Aoyama: One of the things I love most about Noh is this dream state that I find myself in during performances—my eyes comfortably heavy, not being sure if what I see on stage is in my dreams or really happening. Come to think of it, it was only after the head of your theater (Akihiro Yamamoto—master actor, designated as a bearer of important intangible cultural heritage) told me that it’s more than okay to be in this state—as it “allows you to misinterpret reality”—that I really came to be able to enjoy Noh.

Yamamoto: Yes, Noh is a performing art that relies heavily on the imagination of its audience. See, the actors are the bodies that carry the soul, and we say it’s the masks and costumes that stimulate the imagination. Sometimes the masks may be even more expressive than the face of a real person in conveying the profound emotions of the hero. For the actors, the masks are more important than life itself.

A: I remember one of the musicians mentioning something similar about their instruments, saying that they themselves were only vehicles of their instruments that outlive them in order to transmit the music created by the past. And I think he noted that most instruments used in Noh are indeed several hundred years old.

Y: Not just the instruments but many of the masks and costumes too. Noh has a history of some 700 years. Costumes started becoming more and more elaborate around the Muromachi period (1336–1573) when shoguns started gifting their garments to the actors. And after the great warrior Toyotomi Hideyoshi—a devout admirer of Noh—started performing himself, the costumes became pieces of art themselves.

A: Yes, luxurious beyond imagination. I believe even some of the costumes use real gold threads. Toyotomi Hideyoshi was indeed extravagant to the point he ordered that “gold be applied to furniture, weapons, armor, and furthermore, to the exterior of the Main Tower of Osaka Castle” that he had built. It’s no wonder that some of the most opulent pieces—found in any form of theater across the world—come from Noh.

Y: Noh enjoyment really is a combination of so many factors, including the aesthetics. I know that for some it can seem boring, but taking the time to find out even just a little bit about the play beforehand, can enhance your enjoyment of the performance a thousand times. It is up to us to carry the art down to the next generation, and so we must find ways for it to be appreciated. It is an art that has been passed down verbally since the times of Zeami (Zeami Motokiyo—a famous Noh playwright from the 14th century).

Getting the most from your Noh experience

Get to know the basic synopsis of the story before you see the play
You can browse a database of plays at the-noh.com/en/plays or download the excellent mobile app [We Noh] developed by Yanko Popov (an apprentice of Master Yamamoto from Bulgaria), where you can view animated stories of the plays and learn about the props and costumes used in each one.

Know what to focus on during the play
The masks give all the background on who you are watching, and the main prop is usually the fan, but this fan transforms itself through your imagination to become a sword or a cup, and it also expresses different meanings and emotions through its positions and placement.
Some keys lie in the dance—the mai. It is often said that Noh is not performed but “danced.” There are several types of mai depending on the tempo and who is dancing—it may be the dance of a god, or a man simply expressing enjoyment.

Where to see Noh

Yamamoto Noh Theater
The Yamamoto Noh Theater stages traditional plays most weekends and holds workshops and other events to promote Noh. For experienced Noh enthusiasts, see their online schedule for details.
For beginners, they are staging a special version of their Evening of Traditional Osaka Performing Arts—in English! Enjoy performances of Rakugo (comic storytelling), Kyogen (comic plays) and Noh by professional actors. A great opportunity for non-Japanese speakers to get to grips with these three traditional performance art forms.