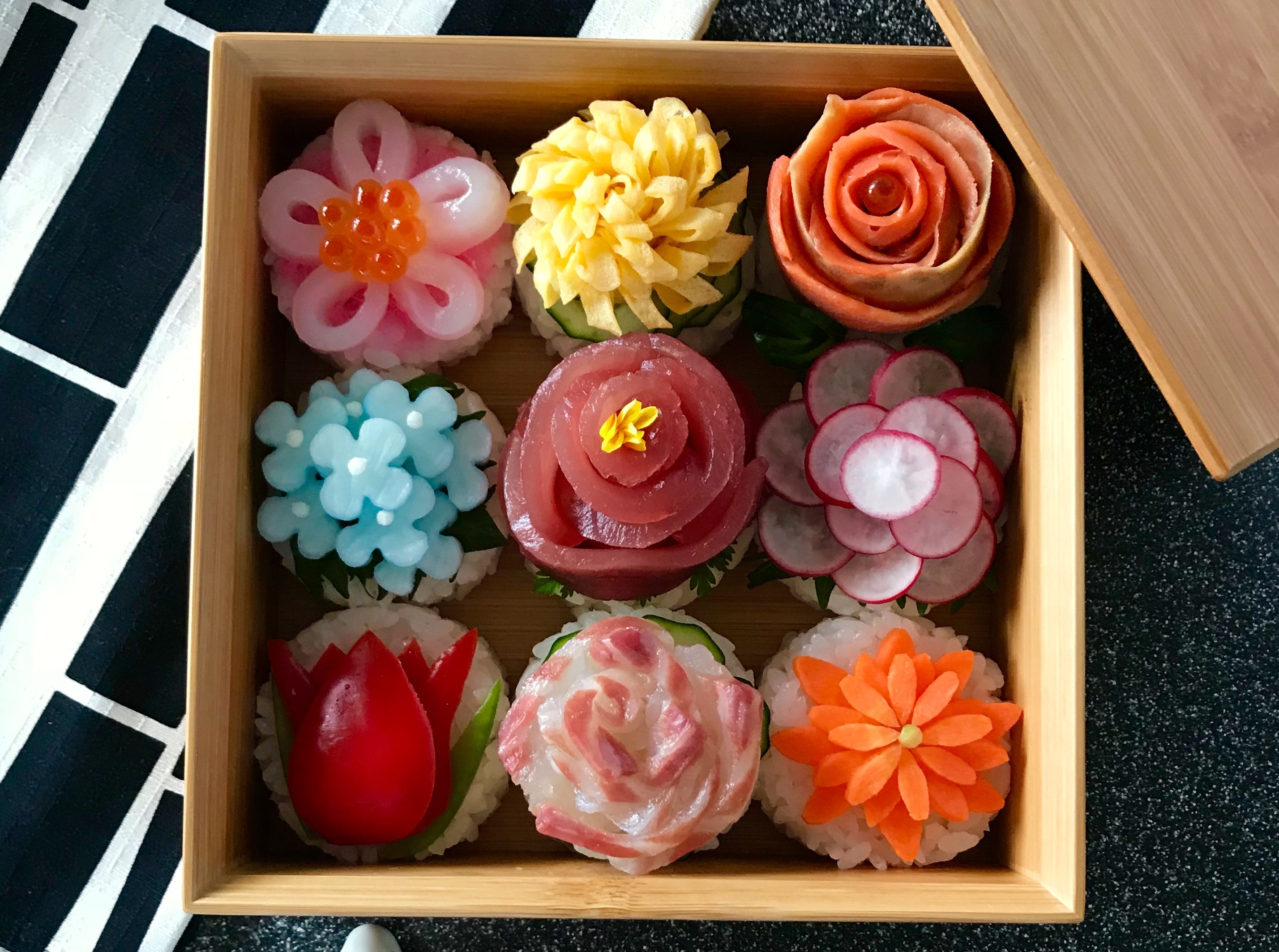 More than just a packed lunch, Japan’s bento—or obento if we are being polite—are as much a feast for the eyes as for the stomach. Nutritious, delicious, colorful and cute—obento tick all the right (lunch) boxes.

The origins of the bento tradition are not quite clear, although it was established by the Edo period (1600—1868). Bento were offered as convenient meals for theater-goers to enjoy while watching stage performances. Officials took along a packed lunch when trekking from the old capital Edo (now Tokyo), where they were stationed, to their constituencies in other regions of Japan.

Bento in the modern age are still generally prepared at home for family members to take to school and the office, or for outings such as cherry-blossom viewing (hanami) or school sports day (undoukai). Those who are short on time can purchase bento at a supermarket or convenience store.

“Some of my friends asked me if I cut all the vegetables by hand. Well, the answer is—no way!” 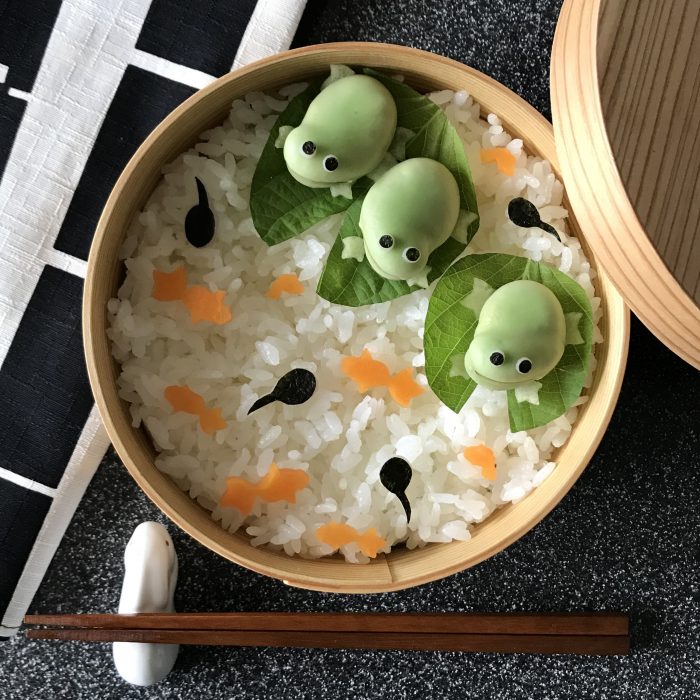 Regardless of who prepared it and who will eat it, bento generally is based around rice, either packed in one section of the box or shaped into onigiri (rice balls). The rest of the box is a mixture of meat or fish, vegetable side dishes, and garnishes. Care is taken that food is thoroughly cooked then cooled before adding it to the box, and everything is packed carefully to ensure the contents don’t shift in transit. Bento boxes are as varied as the contents, ranging from colorful plastic cases for preschoolers to elegant wooden containers for the sophisticated city worker.

Thanks to the Internet and the rise of “cool Japan” culture, the international community has embraced bento culture, and blogs are popping up all over the place. Earlier this year, an online contest sponsored by Kyoto-based Bento & Co. attracted entries from 29 countries. Local bento artist Yuki Ikeda was the “Japan Grand Winner” in the firm’s annual Chef Bento competition. Ikeda spoke to Kansai Scene about her love of bento-making and offered some tips for those interested in sprucing up their own bento skills. 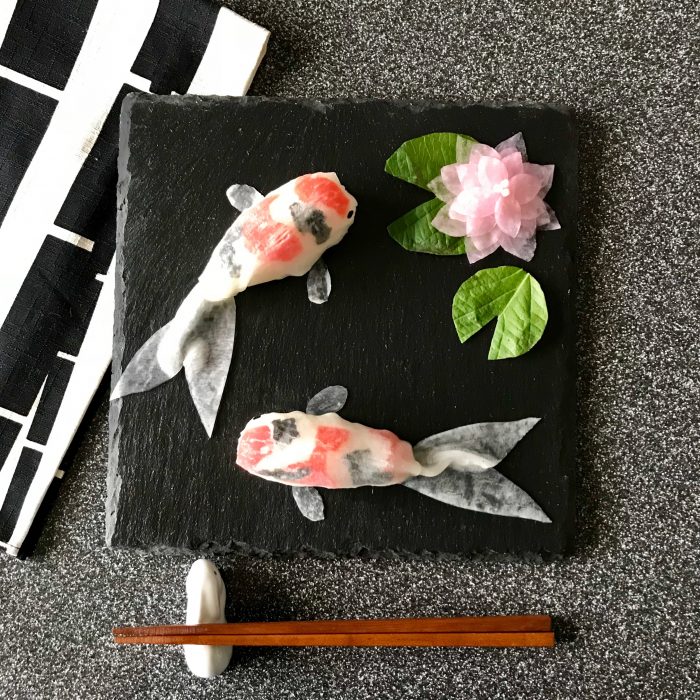 © Yukiko Ikeda
Beautiful koi carp made from daikon-covered rice balls with nori and red pepper for the markings.

Born and raised in Osaka, Ikeda has spent most of her life in Japan’s second city. Amazingly, she only began making bento seriously in March of last year. “I was getting tired of going out for lunch or buying bento at the convenience store all the time. I remember my first bento! Honestly, it didn’t look so great. It was very simple: three rice balls, tamagoyaki (egg roll), ginger pork, potato salad, pickled daikon radish and cherry tomato,” she recalls. 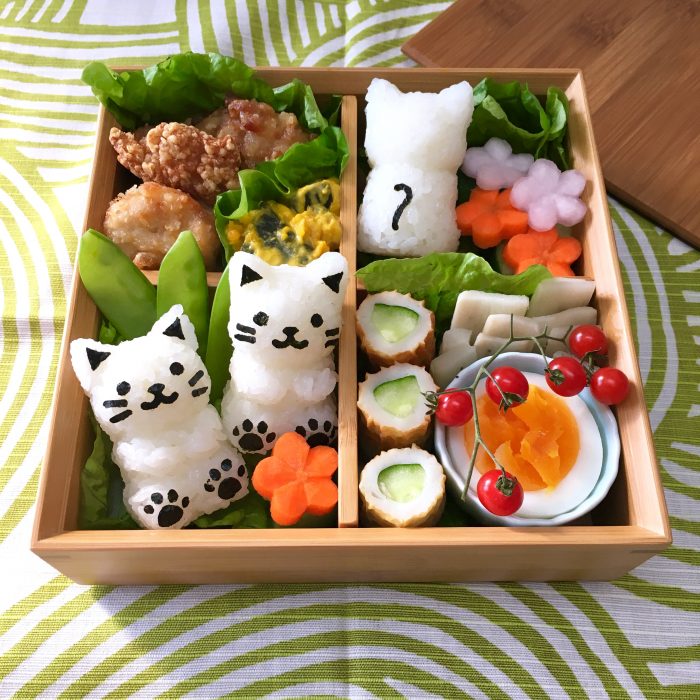 After Ikeda starting uploading her bento photos on Instagram, she gradually developed a following. Earlier this year she was featured in a promotional video aimed at international visitors, “Gastro Fantasy,” as part of a tie-up between the Tokyo Tokyo site and National Geographic (tokyotokyo.jp/insighttokyo/NationalGeographic).

For her entry in the Chef Bento Contest, Ikeda submitted a beautiful flower-themed bento for this year’s “Before & After” theme. “I came up with this idea of making a ‘Flower Sushi Bento.’ I thought everyone would be surprised if I turned usual sashimi slices into beautiful flowers.” The judges agreed. 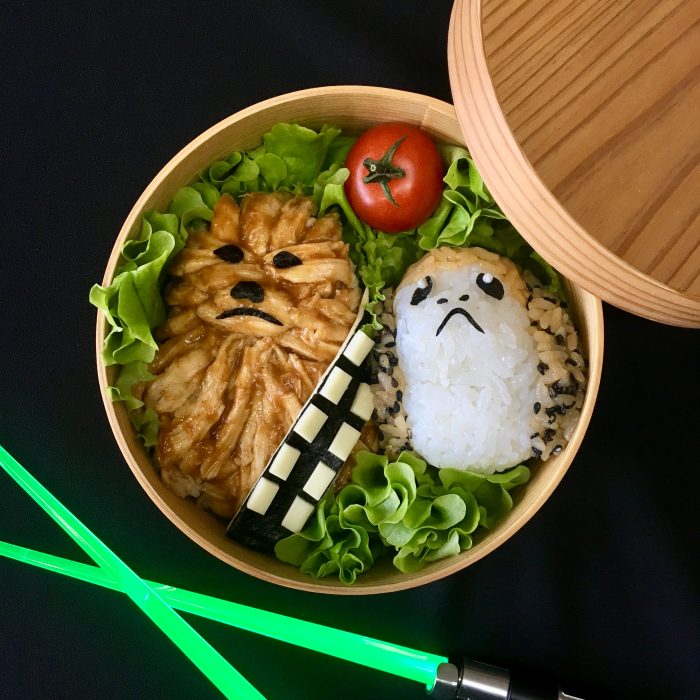 Many people imagine it takes a lot of time and effort to produce an “instabae” obento—one worthy of uploading on Instagram, but Ikeda says it isn’t that hard. How long does she spend on a typical bento? “Many of my friends have asked me that question. I like making my bento very colorful and fun! So, I always pick my side dishes by colors: red, green, yellow, black, etc. That way you can make an ‘instabae’ bento very easily. I usually spend from 30 to 45 minutes making one,” she explains. 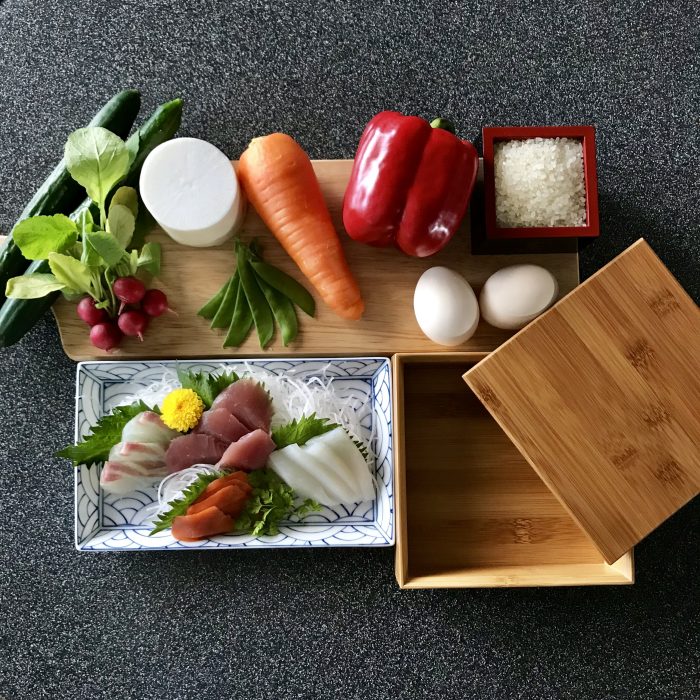 © Yukiko Ikeda
The raw ingredients used in her competition entry.

Add a couple of cookie/vegetable cutters to your kitchen tools collection. There are so many of them available here in Japan. Some of my friends asked me if I cut all the vegetables by hand. Well, the answer is—no way! Hope these tips work for you!”

The first bento-making experience for many parents (most often mothers) is when their oldest child starts Japanese kindergarten. Many require a homemade bento at least part of the time, and the efforts put into the creation is supposed to make the child feel wrapped in maternal love when they lift the lid at lunchtime. Whether you buy into this part or not, daily bento making is a fact of life for many parents in Japan, and Australian mom-of-two Anita Johnson-Miwa is no exception.

She explains that she enjoys being creative and goes “all out” for her daughters’ birthday parties with themed food and cakes. “It was only natural that when my eldest started kindergarten, I would dabble in bento making. It started as a dare to myself and ended up being an intensely addictive and interesting hobby,” she explains. “My bento is firstly inspired by the season: Christmas = trees and presents, Easter = bunnies and eggs, Halloween = ghosts, pumpkins, and skeletons, etc. I also like to research what my girls are into. So Disney, Minions, Anpanman, animals, Hello Kitty, etc. all became a part of my bento theater!”

Anita has the following tips for kids’ bento-making: “Start small—Anpanman is the easiest. Buy a good pair of tweezers for placing food and good scissors for cutting seaweed delicately. The 100-yen shop sells deco furi (colored rice seasoning) to help color (and flavor) your rice and to match character colors. Don’t over-buy the cute sticks and plastic accessories—I bought heaps and rarely use them!” 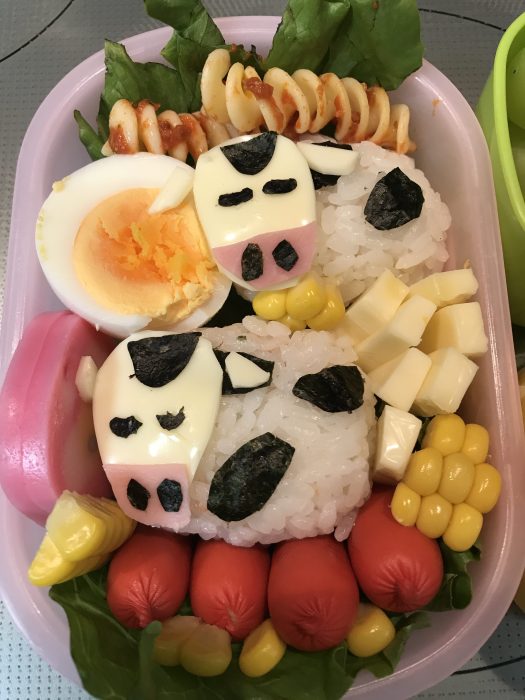 Matcha Cafes in Kansai
French Dining with an Osaka Twist