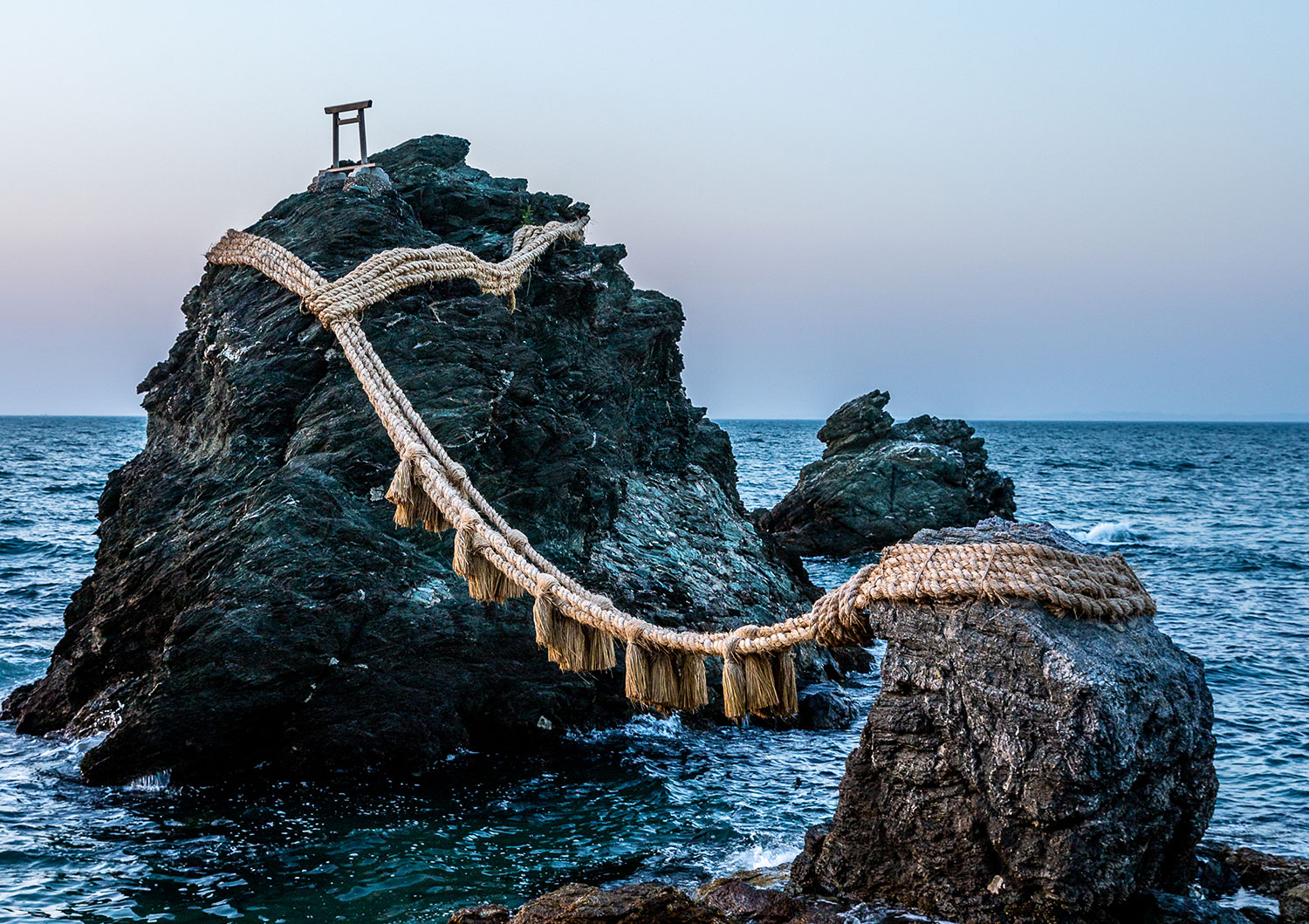 Mie Prefecture, home of Japan’s largest population of ama divers and one of the nation’s most important Shinto shrines, is a perfect off-the-beaten-path destination for travelers seeking refuge from the crowded cities of Tokyo, Osaka, and Kyoto. Like anywhere outside of Japan’s major cities, renting a car is the best way to get around as it offers the most flexibility, but it is certainly possible to get between Mie’s main hubs of Ise, Toba, and Shima via the Kintetsu Railway, and in some parts, local JR lines. Scenic coastlines, scrumptious seafood, fascinating historical sites, and plenty more await you in Mie.

Check out the old merchant quarter of Kawasaki

Explore Edo-period architecture and sip tea or coffee in traditional merchant houses converted into cafes in Ise City’s old merchant quarter next to the Seta River. Nakamura Kitchen is known for selling some of the best coffee beans in town.

Pay your respects at Geku

Grab a bite on Geku-Sando street

Order a tekonezushi and Ise udon set dish at one of the many restaurants along the street leading up to the outer shrine. Tekonezushi is a rice bowl topped with layers of thinly sliced raw fish—a beloved local specialty of the Ise Shima area. Ise’s local udon dish is unique because of its broad noodles and dark sauce made of tamari soy sauce. Follow up with a craft beer at Ise Kadoya Beer, a local brewery’s retail store selling several different types of craft beer from the region.

Traverse the grounds of Naiku

Take a bus from opposite Geku to Naiku, the inner shrine of Ise Jingu and the most hallowed ground of the Shinto religion. Filled with bridges, several shrine buildings, and giant, skyscraping trees, the grounds of Naiku are serene and picturesque. Like the outer shrine, inner shrine structures are rebuilt every 20 years and feature an architectural style that is almost free of influence from the Asian mainland.

Explore the popular area of Oharai-machi

Oharai-machi is the bustling town in front of the Naiku section of Ise Shrine. The picturesque 800 meters of stone pavement is brimming with restaurants, merchant stores, and souvenir shops distinct to Ise Shima. Located in the center of Oharai-machi is the alley of Okage-yokocho, a recreation of the Meiji-era buildings along the road to Ise Jingu. This is a great place to try skewers of the famous Matsusaka beef from the Matsusaka region of Mie Prefecture as well as the beloved Japanese sweet of akafuku mochi—a pounded rice cake confection topped with a sweet red bean paste made to a centuries-old recipe.

Soak in a Toba hot spring

Drive or take the Kintetsu train from Iseshi Station to the town of Toba where there are more than 50 onsen hotels spread out along the coastline. Typically, they have spectacular ocean views, a choice of Japanese or Western rooms, plenty of seafood on the menu, and soothing hot spring pools to boot.

See a sunrise at the wedded rocks

Drive or arrange an early taxi from your hotel to the tiny town of Futaminoura for a magnificent sunrise at Mie’s most romantic site—the wedded rocks, or Meoto Iwa. The big and the small rocks rising out of the sea, representing a married couple connected by a shimenawa (sacred rope). The best time to see the rocks is at dawn when the tide is high and the sun appears to rise between them.

Have breakfast at your hotel or grab a fish-shaped taiyaki pastry filled with butter and red-bean paste outside Toba Station before crossing over to Mikimoto Pearl Island. Visit the island’s museum to learn about the entrepreneurial journey of the Japanese “Pearl King” Kokichi Mikimoto. Watch the hourly ama diver demonstrations to learn about the vital role that Japan’s women divers played in the history of Mie pearl culturing.

Stop for a seafood lunch at Furusatokan

Across the road from the Mikimoto Island entrance sits the local seafood restaurant Furusatokan where you can try all the region’s local shellfish including the famed Ise ebi spiny lobster. Have it grilled or fried in a set with Ise ebi miso soup.

Swim in the ocean at Shima

Drive or catch the Kintetsu train down to the Shima district for a lazy afternoon on the beach. The white sands and azure waters of Goza Beach make it a popular option, plus there are many campgrounds in the area for travelers keen to camp the night.

End the day with sunset views over Ago Bay

Watch the sun go down over the more than 60 islands of the Ago Bay archipelago from 200 meters above sea level at the Yokoyama Observatory before settling into your Shima accommodation. Travelers without a car can reach the observation deck by walking 30 to 45 minutes (one way) from Shima-Yokoyama Station.

Cruise through Ago Bay

Take the one-hour Kashikojima España sightseeing cruise through island-dotted Ago Bay on a large ship styled after the Spanish tall ship of the 16th-century Age of Exploration. It departs every half hour from Kashikojima Station from 9:30am onwards (with some exceptions—check the day before for availability).

Lunch with the ladies at an ama diver hut

The Shima and Toba regions of Mie Prefecture are home to the largest population of ama divers left in Japan (see our feature on p. 10). Reserve yourself a spot to have lunch in an ama hut with women divers who cook your seafood lunch on the fire while explaining the history and culture of the ama divers. Satoumi-an in Shima or Ama Hut Hachiman in Matoya Bay, Toba are two of several such huts in the region. Advance bookings are recommended.

Ferry over to Toshijima or Sugajima for a half day of swimming, snorkeling, fishing, hiking, and other outdoor activities.

End the day with a steakhouse dinner in Ise or Matsusaka and treat yourself to the tender, marbled beef the region is renowned for.