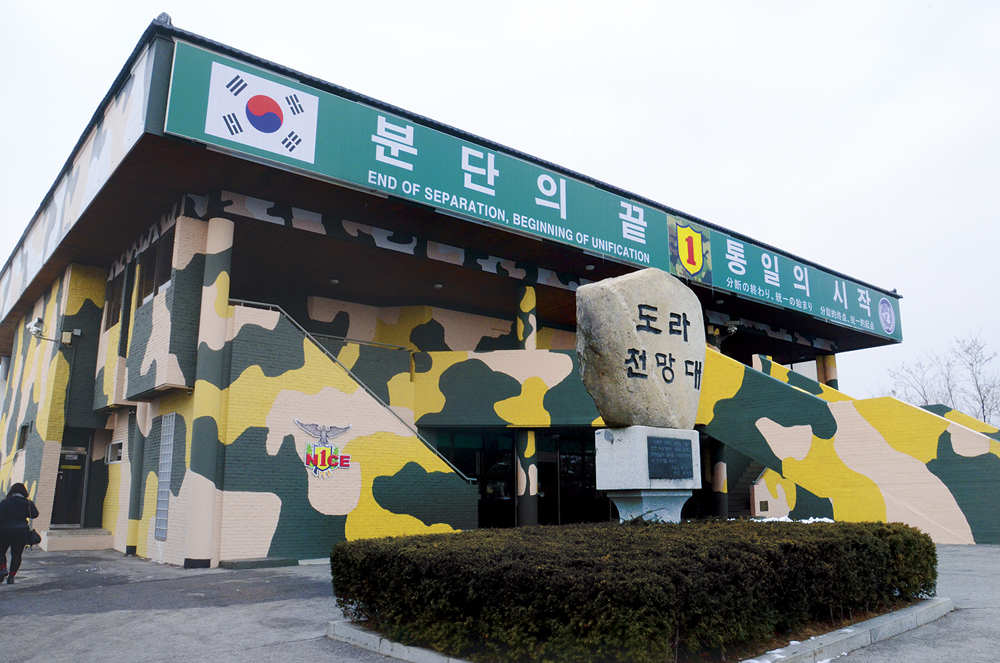 Korea’s popular culture is conspicuous in Japan through the popularity of K-pop and the national cuisine. Given the proximity of Japan’s dynamic neighbour, it is a shame not to drop in to see the place for yourself.

Seoul is a vibrant, fast-paced, modern, party city that is also full of historical and cultural sites; from the multi- cultural clubs and restaurants, and endless shopping streets, to the palaces and temples.

A flight of less than two hours from Kansai Airport will land you at either Incheon International Airport or Gimpo International Airport. Taxis can be expensive and the drivers rarely speak English, but both airports have simple bus and train connections into the city. Once in the city, you will find the subway relatively easy to figure out.

The amount of won you get for your yen will make you feel like a millionaire, plus everything is cheaper in South Korea — food, drink, clothes, accommodation etc. South Korea is also well known to Japanese women for skincare products and treatments, something you might want to look into for your visit.

Visiting Korea after such a long stretch in Japan can be a bit of a culture shock. The streets appear dirtier and the toilets less pristine, plus the customer service may seem rude and practically non-existent. But to me it felt more like home (Home is London, England), or maybe a bridge somewhere in between home and Japan. You may find there are fewer stares in the streets and children are less likely to gawp than in Japan, one of the features of this country that people can find quite wearing.

Many Koreans can speak some basic English as they learn it in school and they are quite confident with it. However, being immersed in a whole new language and alphabet is still confusing — so it’s worth learning some of the basics before you visit. If you have a smartphone or tablet, it’s also useful to download a simple language app and an offline map before leaving.

As with visiting any foreign country it is recommended to carry the hotel name and address in Korean in your wallet. It’s also worth noting that Korea has four distinct seasons not unlike Japan. Winter can be bitterly cold, and vice versa in summer. Prepare for your trip accordingly.

Seoul is close enough to Kansai to visit for just a long weekend or a short week. Here are some recommended places to visit to make sure you fit a little bit of everything in that Seoul has to offer:

Accommodation
There are many hostels, guesthouses, love hotels and business hotels in Seoul so you will easily find one that fits your budget.
For people that want to party, the Hongik University/Hongdae area is strongly recommended. Another great place to base yourself is around the downtown area of Seoul which has good access to the subway that can take you all over the city as well as many shops and restaurants.

Eating & Drinking
The area of Hongdae is a great place for restaurants, both upmarket and cheap, including Korean (Korean BBQs where you cook your own meat on a hot plate), Japanese (izakaya and sushi restaurants) and western (TGI Friday, Taco Bell). As it’s close to Hongik University it’s very much a student area with lots of bars selling stupidly cheap drinks (think Tequila for around ¥100) and clubs where there is usually a cover fee but that often includes a drink ticket. Every night of the week, young, stylish university students flock to the area, as well as young English teachers.

Other areas worth checking out include Gangnam, which is a modern international business district just south of the river, that is lively at both weekends and weekdays, and the streets around Myeong-dong are also full of restaurants to suit all styles and tastes.

MYEONG-DONG
There is an array of malls and markets in Seoul, but one of the best ways to spend an afternoon shopping is at this huge entertainment area in downtown Seoul. The outdoor market stalls sell everything from watches and pants to iPhone covers and hair accessories. There are streets and streets of stalls lined up for big brand shops such as H&M, Forever 21 and Zara.

TIMES SQUARE MALL
From one end of the scale to another, Times Square Mall caters to the customers of Burberry, Louis Vuitton and Emporio Armani. The architecture of the mall itself and the outdoor area are also very interesting.

OPEN BUS TOUR
This relatively cheap half-day activity is a great way to see all the monumental sights that Seoul has to offer in a short time including Geongbokgung Palace, Namsan Seoul Tower and the National History of Korea Museum. If you buy a full day pass for W10,000 (¥670) you can also get off the bus at any stop to have a closer look at anything that really catches your eye.

DMZ TOUR
A recommended trip is a bus tour to the north-south border. On the way to the border in a luxury coach you learn about the history between South and North Korea (although with a slight bias to South Korea). Just a couple of miles away from buzzing Seoul there is an intense place dominated by  politics and the threat of war. The current atmosphere is especially charged at this time of change within the North Korean government.

The tour takes you to the Dora Observatory where you can see across into North Korea, and on a good day you can see as far as the infamous propaganda village. The tour also allows you to enter the third infiltration tunnel and there is a stop at Dorasan Station, the train station that once connected North and South Korea but which is now a ghost station.

Different tours are available, both half and full days, and pick up is from most big hotels.

SONG BIBLE PARK (SONGDO CENTRAL PARK)
Something a little different: in the middle of Songdo Central Park there are ruins of a Bible-themed amusement park that was destroyed by typhoon Kompasu in August 2010, but you can still walk among the wrecked and abandoned depictions of Bible stories. It must have been equally surreal before it was destroyed in that natural event of, er, Biblical proportions.

• Regular direct flights run daily from Kansai International Airport. Return flights start from ¥25,000 with Peach Airlines, Korean Air or All Nippon Airways
• For more information on the DMZ tour visit www.seoulcitytour.com
• Open Bus Tour: You can jump on the bus and buy a ticket at any of the stops across the city but Gwanghwamun Station is where all buses originally depart. Tours do not run on Mondays unless it’s a public holiday. [/box] 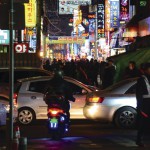 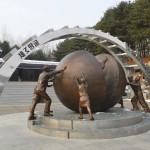 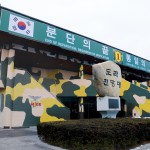 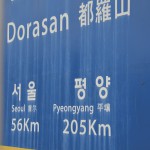