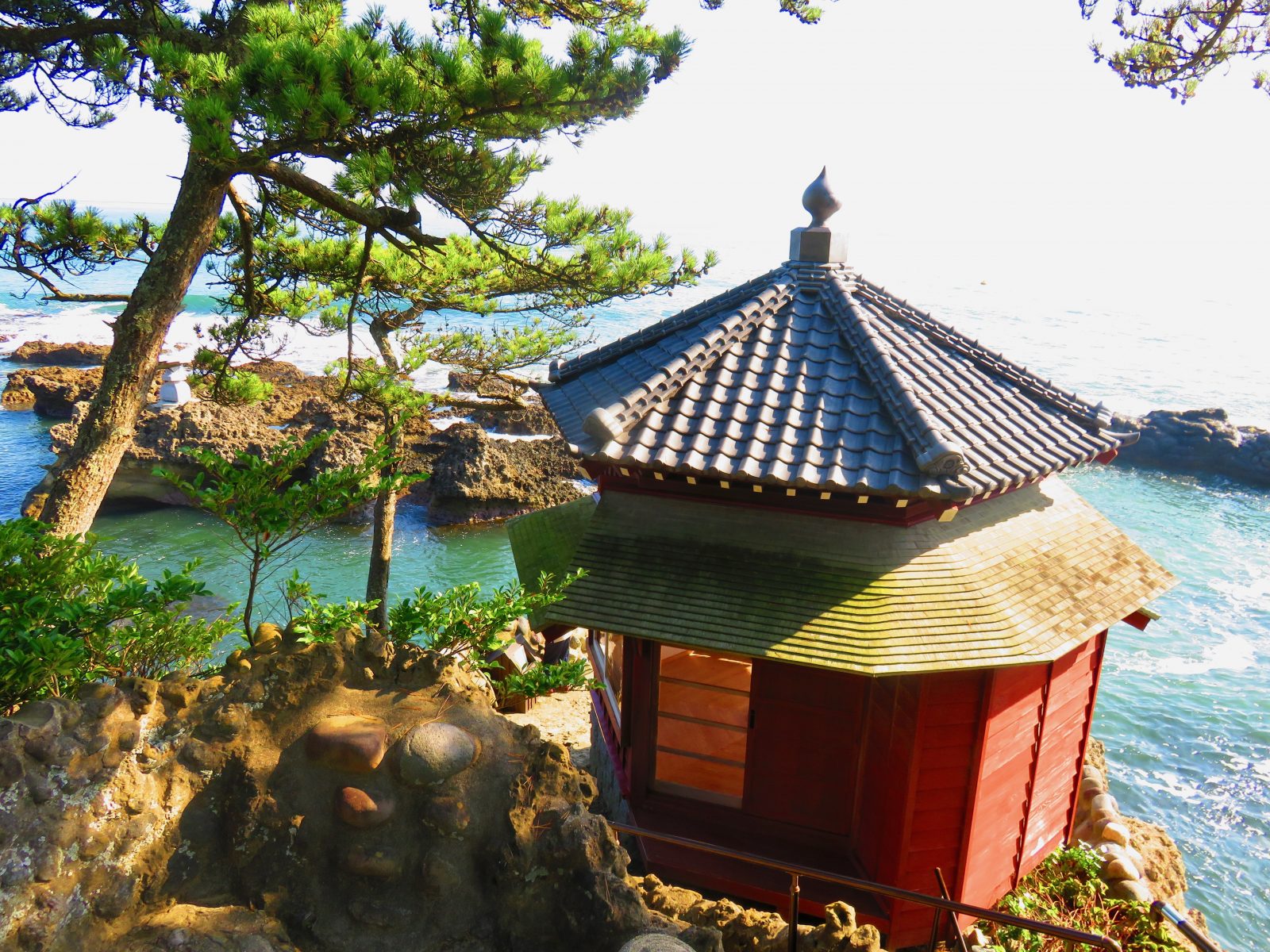 Although Ibaraki Prefecture is part of the Kanto region, once you go north of Ibaraki, you enter Fukushima Prefecture and the Tohoku area, and perhaps as a result, the charms of Ibaraki sometimes get overshadowed by higher-profile members of Kanto’s seven prefectures. Flanked by the Pacific Ocean and replete with mountains, waterfalls, and forests, Ibaraki offers a wealth of natural beauty. The northern region of the prefecture comes into its own in autumn, making it well worth a visit at this time of year.

Northern Ibaraki is an area best explored by car and the peak season for foliage varies from year to year but is generally mid-November. Two lovely foliage spots with similar names but different vibes are Hananuki Gorge and Hanazono Gorge. The more well-known of these is Hananuki, which is officially part of the city of Takahagi. The area runs from the Hananuki Dam to the Kotakizawa Camping Ground, but the most popular section for travelers is centered around the picturesque wooden suspension bridge of Shiomidaki Tsuribashi.

It doesn’t take long to reach the bridge from the parking lot, and once over the bridge, you can continue on a short hiking course through the forest, which loops back to the beginning.  On peak leaf-viewing weekends, there are several vendors selling various snacks and drinks, which make a good option for a casual lunch in a festival-like atmosphere

In contrast, Hanazono Gorge, which comes under Kita-Ibaraki City and is about 40 minutes north of Hananuki, seems to be a bit of a hidden gem. You will likely only share it with a handful of other leaf-peepers when visiting on a weekend during peak fall-leaf season. Next to the parking lot is the picturesque little Hanazono Shrine, and there are plenty of photo opportunities in the immediate vicinity with the magnificent trees, a meandering stream, and small waterfalls. If you’re feeling more energetic, a hiking trail up into the forest begins just past the parking lot. There are no options for food nearby, but the shrine has a vending machine for drinks.

One of the advantages of northern Ibaraki is that you can easily move from forests and waterfalls to ocean vistas. Once you’ve had your fill of foliage, head over to the Izura Coast at the very northern edge of the prefecture for fresh, salty sea air and some unusual architecture. “Izura” means “five inlets” and perched on a cliff is the area’s most famous building, the six-sided Rokkakudo pagoda. It was designed and built in 1905 by the artist, writer, and scholar Tenshin Okakura (1862–1913) as a space where he and his students could hold tea ceremonies and contemplate. Okakura’s admiration for Chinese culture and architecture is evident in the design. The original was washed away in the tsunami that hit much of northern Japan in 2011 but was painstakingly recreated to honor the original design and reopened in the spring of 2012.

To get the full effect of the beauty of Rokkakudo against the backdrop of the ocean, turn left back on the main road and walk 500 meters to Izura Misaki Park to take in the view from the top of the hill.

It’s also well worth visiting the nearby Tenshin Memorial Museum of Art to learn more about his many talents. Tenshin Okakura was born in Yokohama and his interest in art, philosophy and other cultures lead to travel around the world. He fell in love with the Izura area and settled here in later life, promoting his students and their families to join him. His writings in English helped to spread knowledge about Japanese art and culture to the West, and he challenged and inspired the younger artists he mentored to break new ground. English audio guides are available at the museum, and the on-site Camellia Café offers light meals and drinks.

When driving along the coast of northern Ibaraki, a great little place to stop for lunch or afternoon coffee is Sea-ne, a sunny café located at the beachside Unoshima Villa pension in Hitachi. A family-run business, it was completely rebuilt after being destroyed by the 2011 tsunami. While the Tohoku area bore the brunt of the damage from the tsunami, this area of Ibaraki suffered, too. The café uses local vegetables and seafood to create their dishes, and homemade cakes are also on offer. When you’re done, take a walk along the private beach in front.

If you want to spend more time in northern Ibaraki and don’t mind the crowds, the Fukuroda Falls in the Daigo region are worth a visit. Impressive both in height (120 m) and width (73 m), they are acclaimed as one of Japan’s “top three falls” and draw a lot of visitors at any time of the year, but particularly in the fall foliage season. A 20-minute drive from there is the Tsukimachi Waterfall, which is a lot less crowded. The interesting aspect here is that you can walk behind the cascade for a unique view.

A little closer to Tokyo is the Hitachi Seaside Park, which is popular with all ages for its amusement rides and expansive flower fields. In autumn, an unusual flower called the kochia (summer cypress) becomes the star of the show. Its heads turn into fluffy red balls that look a little like minor characters in a Muppet movie. Autumn cosmos are also in bloom around the same time, so there are plenty of photo opportunities here, but note the peak for the flowers is usually October, so it won’t overlap with the foliage spots in the area. The park is huge and if you end up in an overflow parking lot, be prepared to do a lot of walking. If you’re planning to visit on a weekend, arrive as early as you can to secure a parking spot.