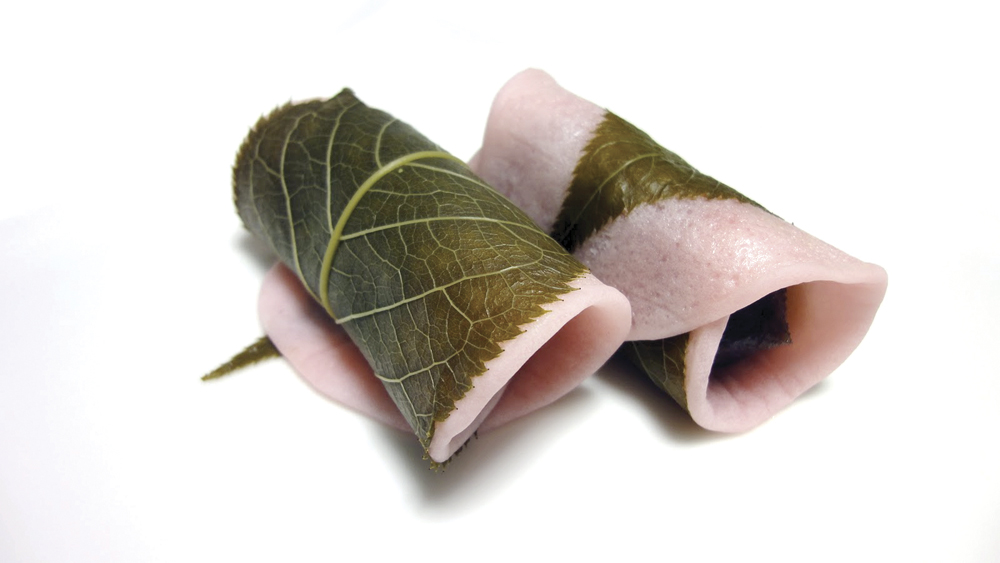 As we sit at the table pouring hojicha into our cups of ice, Emi efficiently hops around the kitchen, murmuring to herself, half in Japanese, and half in English for our benefit. Already a big pan of water bubbles on the stove as she collects ingredients from cupboards around the room. Emi tells the two of us what we’ll be doing while tying an apron around her waist.

The first time I came to live in Japan, I fell for the traditional sweet mochi: cakes of pounded rice, filled with sugary azuki bean jam. Ten years later I’m back in Japan, and after a long, fruitless search for satisfactory mochi in the UK, I can only say that my appreciation for Japanese sweets has grown ten-fold.

These sweet treats originate from ancient Japan when confectionery was made using natural ingredients, to accompany tea. Now they are an array of vivid colours; blues, pinks, greens and yellows. Some sweets contain clear jelly that looks like glass, rice that’s pounded and stretched, some are almost like pastry and filled with sweet beans, whole strawberries, persimmon, pear and even sweet potato. Some are flavoured with fragrant powdered green tea, sakura or sour plum, while others have a coating of nutty soybean powder, coconut or sweet sticky syrup. Seasonal blossoms or leaves give the sweet delicacies their finishing touch. Of all of these,  my favourite always remains the simple daifuku; soft white pounded rice dumplings, filled with sweet, sticky azuki bean paste.

I decided that I needed to know how to make these sweets myself, so I found a cooking teacher in Kyoto and brought my boyfriend along for the experience.

Earlier in the morning Emi had met Billy and I in our pre-arranged spot, before leading the way to her place. Together we weaved through the maze of old streets, until arriving at her home, where we stepped through the sliding doors, slipped off our shoes and followed her through to the kitchen. Emi’s kitchen is large and warm, filled with cookbooks, stacks of pots and pans, and cabinets brimming with ornate ceramic plates and teacups.

At the kitchen table, Emi spoons rice flour into the bowls in front of us. “Brown is good for health, but for a more beautiful colour, confectionery shops use a whiter flour,” she explains while adding a small amount of sugar. “Little by little, add water and kneed until it has the texture of playdough … oh Billy, I’m so sorry … everyone gets messy when they make the dough. First spatula, then kneading.” Billy laughs as Emi tries to transfer the sticky rice dough from her student’s hands to the now almost empty bowl.

The mixture begins as a sticky paste, hence the need for a wooden spatula, but with a little patience the rice flour, sugar and water combine into a thick sticky dough. This dough is then separated into small balls and steamed in a tea towel over a pan of water, until they have expanded into glutinous white dumplings.

Emi swiftly pulls out the steaming hot cloth of rice cakes and places the parcel in a bowl before using a wooden stick to pound the dough again.

Luminous, scented yuzu zest is then kneaded into the rice dough, before separating the mixture into balls, and flattening them ready for the sweet bean paste (anko) filling. Finally the dough is stretched around a tea spoonful of anko, forming small round parcels.

As we finish making our parcels, Emi lays out a row of tiny decorative plates — “You can choose your favourite to make the daifuku look beautiful.” — Then we sit and eat our fresh, fragrant and zesty, sweet bean rice cakes, complemented by mellow Japanese tea. “Anyway,” she says as we voice our appreciation, “a good point is: Japanese sweets — no fat, no heavy cream.” Between mouthfuls, we talk about food, drink, Japan and her hometown, Kyoto. When asked to name her favourite place in Japan, she giggles almost shamefully. We already know the answer. “Of course Kyoto. People from here are very proud of their city with its culture and its past.”

There’s too much to eat so Emi carefully wraps our daifuku for us to take away.

The following morning as we sit on a train leaving Kyoto, our handmade daifuku serve as an impromptu breakfast. They taste even better a day later, and as I take the last bite, I know that I now have the knowl-edge to satisfy my sweet daifuku craving at anytime.

• Combine the rice flour and sugar in a bowl. Then gradually add the water while mixing with a wooden spatula. Once it resembles a dough, start to kneed with your hands until it is a smooth consistency.
• Separate the dough into small balls and steam for 8–10 minutes.
• While the dumplings are still hot, pound them with a wooden stick (such as a rolling pin). Dust your hands and the work surface with potato starch, then kneed the dough again.
• Add Yuzu zest to the dough and kneed until it is equally distributed.
• Take a small ball of the dough, flatten it and put a teaspoon of red bean paste onto the flattened dough.
• Anko is often bought but can be made by cooking azuki beans with water and sugar (to taste), until eventually reducing the mixture to a deliciously thick and sticky sweet bean jam.
• Stretch the dough around the bean paste to make a parcel, using potato starch flour to take away any stickiness.

Take a class yourself

Uzuki Japanese cooking with Emi Hirayama
• Two-hour sweet making class: ¥2,500
• Two kinds of Japanese sweets are made in class
• Classes are for two to four people
• Emi also offers Japanese cuisine classes which are ¥4,000 for a three-hour class, in which you can cook three or four dishes.
www.kyotouzuki.com [/box] 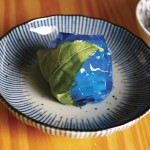 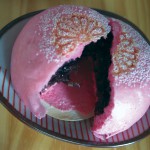 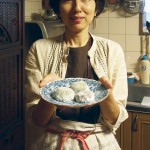 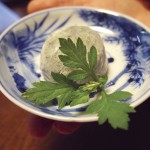 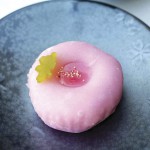 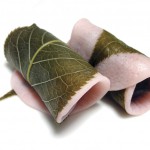 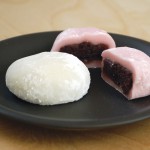 Dram in a can