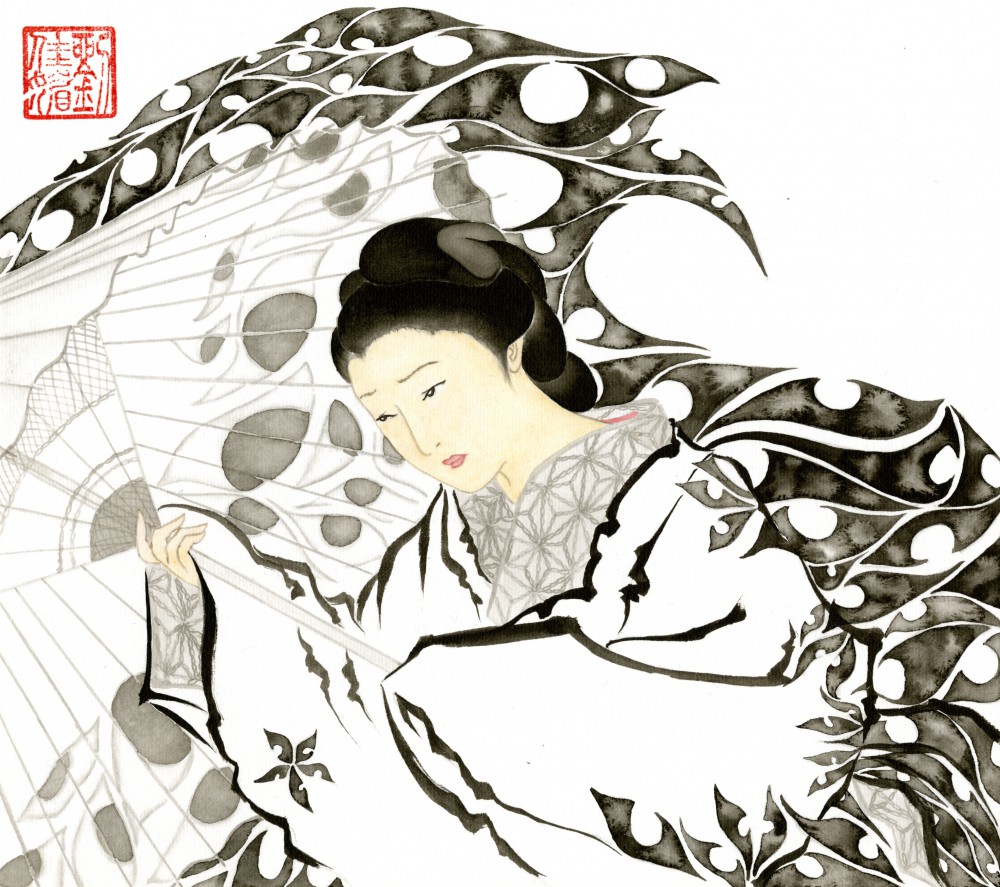 Monsters, bogeymen, ghosts and goblins… in Japan they’re all known as yokai. These supernatural creatures frolic throughout Japanese history and culture.

To quote author Zilia Papp, yokai are “the form given to change and the anxiety, uncertainty, fear, and awe associated with it.” Nothing endures like change, and apparently, yokai along with it.

Yokai lore has existed since ancient times but they’ve multiplied and morphed in shape and function to reflect the times.

The creatures first popped up in the Buddhist iconography that was popular near the end of the Heian period, around the time of the decline of the powerful Taira clan. It was a time of social unrest and uncertainty, the perfect time for creatures of change and anxiety to be born.

Yokai took shape in scrolls showing the six realms of hell. While the ghouls weren’t yet in any recognizable form, the scrolls set the tone for how grotesque subjects are dealt with – morbidly but with humour. They helped people face the realities of life in the midst of upheaval. They also pointed art in a new direction. Fine art at the time consisted only of aesthetically pleasing, harmonious themes. The scrolls introduced the other side of life – death, decay and all its gory forms.

Modern Yokai appeared during the Muromachi period. It was a time of great advances in commerce, transportation and art. Rivalries between daimyo brought a certain disorder, which may explain the way yokai were portrayed during this period. Artists drew the creatures not as malevolent spirits, but in humorous, revelry-making forms. In the 16th century Hyakki Yagyo and Tsukumogami Emaki scrolls, the monsters were on parade, but they were laughable and easy to defeat.

The Edo period brought the first yokai encylopedia. Sekien Toriyama affixed an image and a story to each creature, making each one identifiable and increasing their fame. This was the first time yokai were presented as individual entities.

Toriyama drew mokumokuren as a shoji screen filled with eyes that stare straight at you. In the accompanying text he refers the reader to the game of go, which uses a chess-like board with squares that are referred to as eyes. His himamushi nyudou is an ugly, long-necked man-like creature licking the night oil from a lamp. This was a play on the sayinghemamushi, whose katakana could be written to resemble a man’s face in profile.

Yokai reached the height of their fame during the late Edo period, perhaps portending the momentous changes about to happen. Their popularity also grew along with that of the practice of Hyaku Monogatari Kaidan Kai, when people gather to tell each other one hundred kaidan (ghost stories), blowing out one of a hundred lit candles as each story ends. As the last candle is blown and the room plunges into total darkness, legend says a supernatural phenomenon will occur.

Before Katsushika Hokusai drew his famous Thirty-Six Views of Mt. Fuji, he produced a print entitled Shinban Uki-e Bakemono Yashiki Hyaku Monogatari (“One Hundred Ghost Stories in a Haunted House”) which depicts the ghastly finale of a ghost story session. The work inspired other monogatari prints, and the influence can be traced right through to Japan’s modern horror output.

Japan’s Edo-period leaders introduced a wide range of reforms to revamp Japanese society, including censorship of woodblock prints. Artists were no longer free to portray some public figures. But they circumvented the rule by using yokai as substitutes for the off-limit subjects. Yokai became not just creatures for entertainment, but symbols used to ridicule political figures. Utagawa Kuniyoshi’s triptych Minamoto-no-Yorimitsu in Bed Haunted by the Earth-Spider Monster and His Demons is one such example. The daimyo Mizuno Tadakuni, chief councilor to the shogun and the force behind the reforms, is caricatured as the Earth-Spider Monster influencing the sleeping shogun. An army of yokai are the functionaries imposing the reforms.

The Meiji Restoration was a dark time for yokai. The emperor was again elevated to divine ruler of all spirits – a state-sponsored supernatural entity to disempower the yokai. And scholar Inoue Enryo wielded science to dispel myths about the creatures. Sicknesses relating to yokai, such as Fox Possession, became psychological illnesses.

But yokai, stubborn as they are, did not disappear. They were conscripted for war propaganda. Yokai were equated with foreigners as enemies of war, as in Utagawa Yoshiiku’s Kokkei Wanishiki, where yokai stood for the Chinese soldiers in the Sino-Japanese War. By the time of the Pacific War, cartoon demons were representing the Allied Powers.

And now?
You’ll find yokai in films such as The Great Yokai War, Spirited Away, and Pompoko; once in awhile they pop up in novels such as Haruki Murakami’s Hard-Boiled Wonderland and the End of the World; and most prominently in the monsters of the Pokemon universe. Whenever change is about, yokai are too.

This site uses Akismet to reduce spam. Learn how your comment data is processed.

Japan on drugs
Summer in the City