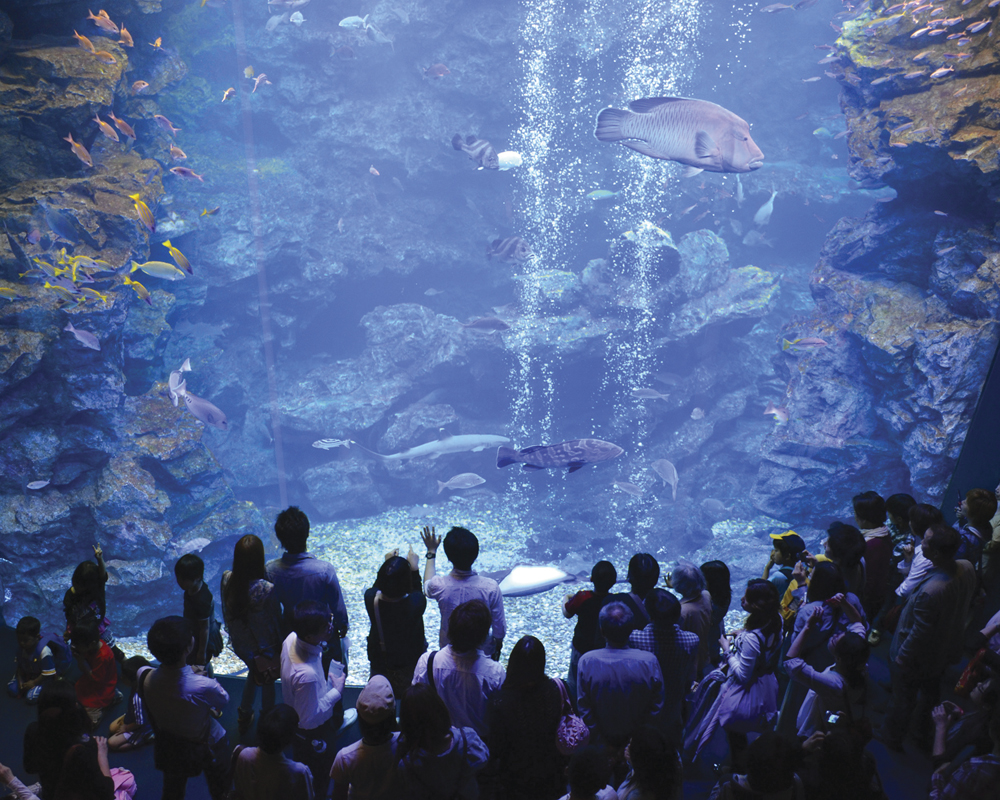 It has pimply skin, piggy eyes and bears an unfortunate resemblance to something one might flush down the toilet, but I can’t wipe the smile off my face.

I watch as the world’s second largest amphibian paddles slowly through the cold mountain water. For 10 years I’ve waited to see this fabled creature, which has remained roughly unchanged since the time of the dinosaurs. At 60cm, this fellow is only half grown, but it’s more than capable of excreting the smelly substance for which the species is given the name osanshouo — giant pepper fish.

The Japanese giant salamander is just one of many delights at the Kyoto Aquarium, a brand new development described as Japan’s first large-scale inland aquarium. More than 400,000 visitors have flooded into the three-story facility in the two months since it opened, and authorities hope it will be a major attraction drawing even more tourists to the famous area.

In the aquarium, visitors travel through nine aquatic zones designed to “recreate the connection of life from the source of Kyoto’s rivers to the sea,” according to the official website. Deep in the river zone, metre-long silver carp generate gasps from visitors, while out in the ocean, a giant Pacific octopus presses itself millimetres from the faces of children blinking in disbelief.

The decision to build an aquarium in Kyoto, an inland city internationally renowned for its cultural riches, has been controversial. A number of local groups have strongly protested against the facility, which they say is environ-mentally unsound, not in keeping with Kyoto’s image as a cultural capital, and destroying a large piece of their beloved Umekoji Park (the site of the aquarium).

However, authorities counter that the aquarium plays an important role in educating people about the numerous rivers that flow through Kyoto, and their significance in the city’s culture, as well as doing their part for conservation via breeding programs and education.

In many ways, Kyoto Aquarium fulfils its promise.
We learn about Kyoto culinary traditions through displays of live queen crabs, porcupine fish and aucha perch; get ‘hands-on’ with starfish and sea hares in the touch pool; and are taught, albeit in Japanese only, about Kyoto’s rare and endangered species at the excellent conservation zone.

For my party — a couple of fish biologists and myself — our favourite exhibit is the opening one, housing the Kyoto River zone, which replicates the Kamo and Yura rivers running through the northern Kyoto prefecture.

It’s a glorious mountain scene, with fog and water tumbling down a moss-covered cliff into a pool where four salamanders sleep. Local river fish of various sizes and shades of grey swim about in the crystal clear water. The glass in this new establishment is so clear that the salamanders look like they could be sunning themselves on land.

For those needing something warm blooded to set their hearts racing, the next zone features seals in an open-air setting. Kids will love the chimney into which the spotted seals dramatically launch, and the cubby house set into the pool where they can feel as though they are swimming with the fur seals.

In the dolphin stadium, the other mammalian stars can be seen every 1.5 hours spinning tricks at the dolphin shows, which last for 20 minutes and are conducted in Japanese. Our party doesn’t much enjoy seeing these intelligent animals being directed by trainers to somersault or wave at the audience. Regardless, the show is captivating for the kids and the dolphins seem to be enjoying their work, although it’s difficult to tell their real feelings behind those sculptured smiles.

An antidote to the frenzied pace of the dolphin show is the Main Pool — a 500-tonne tank housing a menagerie of marine life swimming among sheer rocky cliffs and boulders. Walking through dark passages, you feel in a dream as animals float by like constellations through liquid space. There are seven viewing areas, including the two-storey, floor-to-ceiling window that gives the feeling you are standing on the ocean floor. Another spot, the cave, is a dark cubbyhole where you can sit on the carpet, watching sleeping sharks and rays curled up together like babies. Seeing their gentle breathing is a thing of beauty, at least for fish tragics like us.

Leaving the Main Pool and wandering towards the next zone, my moving meditation is broken by a noise at once familiar yet unexpected. “Kawaiiiiiiiii!” We’ve reached the penguins.

Pressed up against the glass surrounding the outdoor enclosure, a group of people are squealing and holding up cameras, phones, or Nintendo DSs (for under 15s), excitedly snapping away at the photogenic birds.

Although they come from South Africa, these Cape penguins seem at home on the rocky terrain of this enclosure. Luckily, just when we arrive, a keeper enters with a bucket of silver fish strapped to his belt. Feeding time. The sight of the keeper throwing plump fish into the pool sends both penguins and visitors into a tizz. We watch as the penguins, previously waddling awkwardly on land, become torpedoes in the water, zooming around to catch their prey.

More crowd-pleasing specimens can be found further along in the Ocean Zone, which has an impressive display of twelve types of fluorescent goby and a large tank devoted (almost) entirely to Nemo and his kin, several varieties of clown fish. People also seem enamoured by something going on in the Event Hall, where our English pamphlets tell us we can take part in workshops and events. A crowd surrounds a staff member who is yelling and ringing a bell, and although it doesn’t look like a workshop, I can’t say for sure that it isn’t educational.

For a real educational fix, the conservation (Beauty of Nature) zone is like the classroom you always wanted as a child. Sadly, the wisdom is lost on us as the interpretive displays are only in Japanese. After looking at the endangered animals, including the world’s largest bug, we wander into the open-air Countryside Zone — a bucolic paradise of terraced rice paddies where children splash through irrigated fields chasing catfish and water striders.

It’s extremely peaceful and the display blends beautifully with the surrounding greenery of Umekoji Park. But it’s not long before we’re funnelled into the hectic gift shop, where, despite my best intentions, I buy a stuffed salamander before heading home. 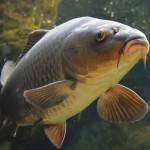 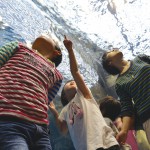 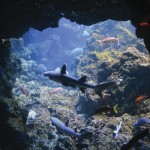 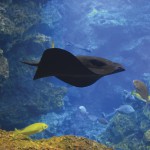 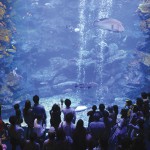 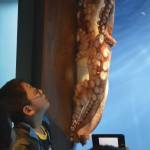